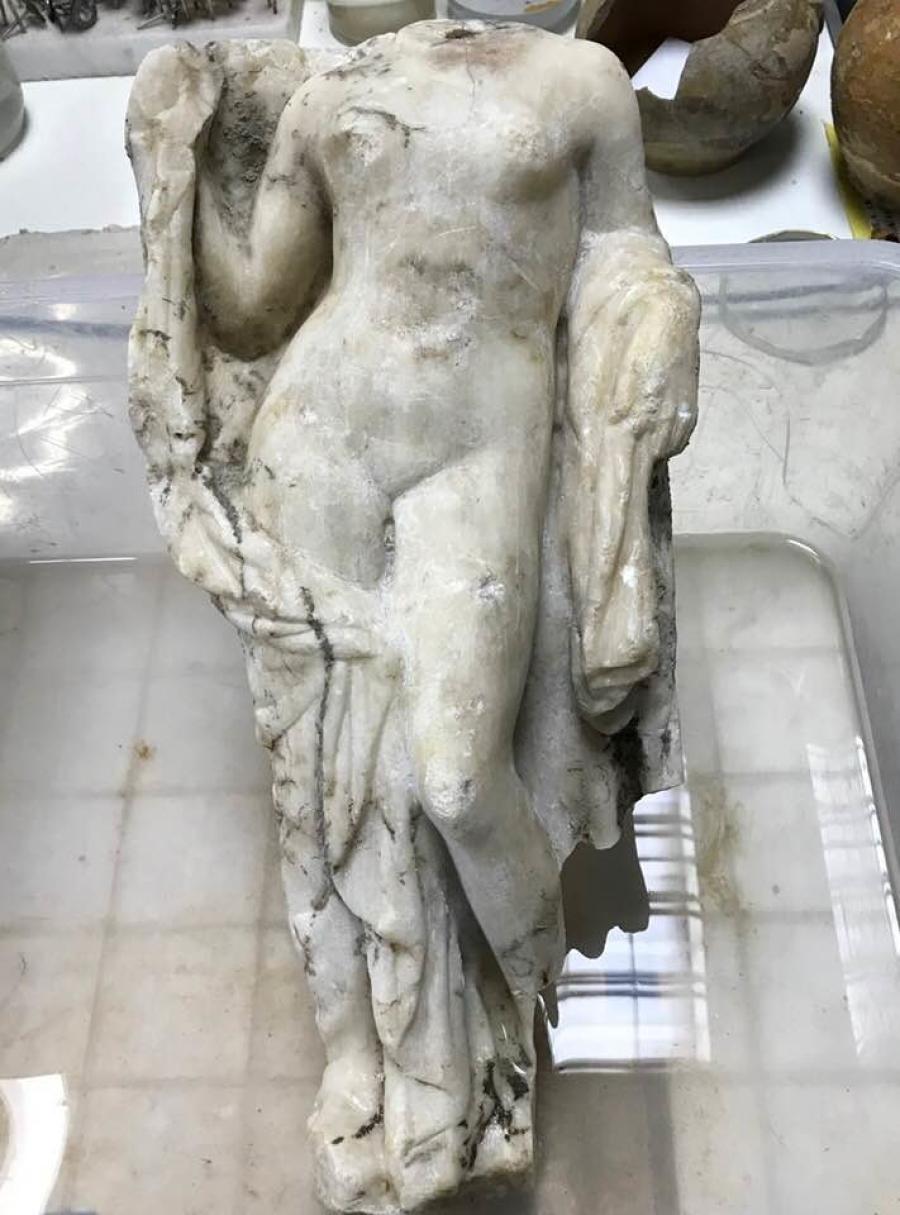 Workers found a headless statue of Aphrodite, the Greek goddess of love, beauty and desire, near the Hagia Sophia, a Byzantine-era church within the city, Newsweek reported.

Construction crews in Greece unearthed a piece of history while performing work on a decade-long subway and metro project in the city of Thessaloniki.

The workers found a headless statue of Aphrodite, the Greek goddess of love, beauty and desire, near the Hagia Sophia, a Byzantine-era church within the city, Newsweek reported.

In a Facebook post on Feb. 20, Yannis A. Milopoulos, the chairman of Attiko Metro SA, dubbed the statue “The Aphrodite of [the] Thessaloniki Metro,” Newsweek reported.

The statue, along with ancient floor mosaics, which were also uncovered, were excavated the week of Feb. 19, and will be presented at an archaeological conference March 8 to 10, which will focus on finds around Macedonia and Thrace. According to Polyxeni Adam-Veleni, an archaeologist and the director of the Ephorate of Antiquities of Thessaloniki, researchers at the conference will present their findings with additional data from the excavation, Newsweek reported.

Unsurprisingly, this isn't the first time that construction workers in the country have come across ancient finds: In October 2017, crews working on an Athens metro system discovered an ancient paved marble square, Newsweek reported.

For the Thessaloniki metro project, which has been in the works for more than 10 years, additional plans for line extensions are expected to add about $1.5 billion to the price tag.