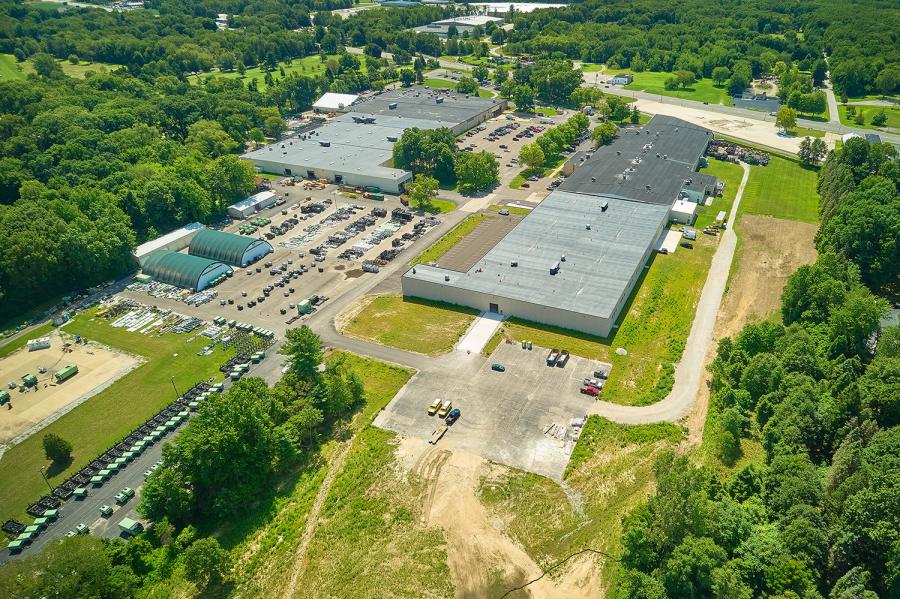 "Sustainability is both at the core of our strategy and a driver of our business," said John Randall, president and CEO of Sullair.

"Customers and businesses are increasingly making a conscious effort to buy products and services that help promote sustainability, assist the environment, and reduce the impact of climate change. By establishing this long-term climate roadmap and taking immediate action, we aim to fully play our part in the fight against climate change."

1: Undertaking capital expenditure projects over the next 12 months to facilitate CO2 reduction including:

2: Transitioning to 100 percent renewable electricity by joining a voluntary green power program to run a portion of its Michigan City campus which purchases Renewable Energy Credits (RECs) on the company's behalf and allows Sullair to designate a portion of its monthly electric usage to come from power generated by renewable energy sources, such as wind power.

3: Implementing a voluntary carbon offset program allowing Sullair to offset CO2 emissions while developing and implementing future additional measures for fossil fuel use reduction over the next four years.

Sullair has committed to voluntarily offset at least 28,000 mtCO2e through 2025. This is the equivalent of 69,501,756 miles driven by an average gasoline-powered passenger car or the amount of carbon sequestered in 189 acres of forests per year. This initiative allows Sullair to act immediately and further demonstrates its commitment to addressing climate change.

A carbon offset represents one ton of greenhouse gas emissions that has been avoided or reduced in the atmosphere. Purchasing carbon offsets allows companies to compensate for their residual carbon footprint by supporting projects worldwide that reduce carbon emissions.

Carbon credits purchased by Sullair will help with the Guanaré Forest Plantations on Degraded Grasslands Under Extensive Grazing project. The land targeted by this project is under extensive grazing by beef cattle ranching, and the project will reforest 21,298 hectares in the eastern part of Uruguay, creating new job opportunities and reducing CO2 by 127,000 tons per year.

Through World Kinect, Sullair is investing in high-quality, trusted carbon offsets that have been independently verified and meet the highest international standards such as the Gold Standard or the Verified Carbon Standard (VCS).

"Each company has a unique approach to sustainability, and we applaud Sullair for its thoughtful approach and leadership," said Michael Kasbar, chairman and chief executive officer of World Fuel Services Corporation. "Our experts at World Kinect developed a tailored carbon offset solution that enables Sullair to make immediate progress towards their long-term sustainability goals."