The following article is reprinted with permission.

There's a line attributed to EOD bomb technicians. Reportedly, when asked about whether or not they were stressed out when it came time to defusing a bomb, the answer was something to the effect of "I'm not. Either I'm right, or suddenly it isn't my problem anymore." 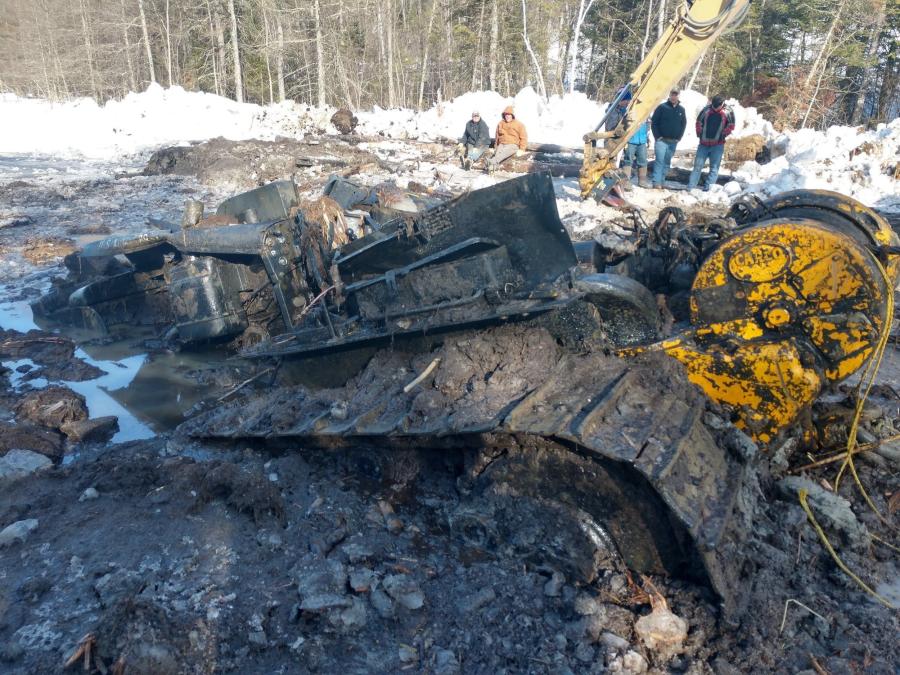 Apparently, there's been a bit of a legend in western Minnesota. The story goes that in 1975, a snowmobile club wanted to cut some new trails and managed to borrow an Army surplus International Harvester TD24 bulldozer to make this task happen. At some point near Island Lake in Becker County, they encountered a swamp. For whatever reason, even with permission to go around the swamp, the crew decided to press on and sure enough, the tracked dozer got stuck. Now … bear with me for a moment, but at what point do bad decisions start to pile up?

This cartoon actually ran. The team decided that hey, if we "incentivize" the local National Guard unit, then maybe they can come out and get the stuck dozer out of the swamp. Now, I'm not going to call the cartoon wrong … if anything, that's actually a pretty solid offer. But the National Guard was not impressed. In fact, they were pissed, seeing the cartoon as offensive, and told the crew to pound sand … or something along those lines.

Bad idea #2: Fertilizer, diesel fuel and dynamite. I wish I was joking … at some point, someone thought that was a perfectly logical solution to freeing a twenty-ton bulldozer from a swamp. Here's how this next part played out: someone lit a match; the large-scale bomb goes off; the entirety of the swamp in the nearby area liquifies; and the TD24 sinks like the Titanic approximately 20 feet down into the swamp before finding terra firma. And that's where it lay up until a couple of days ago, when after years of slumber, the dozer was finally extricated from the sludge of the swamp.