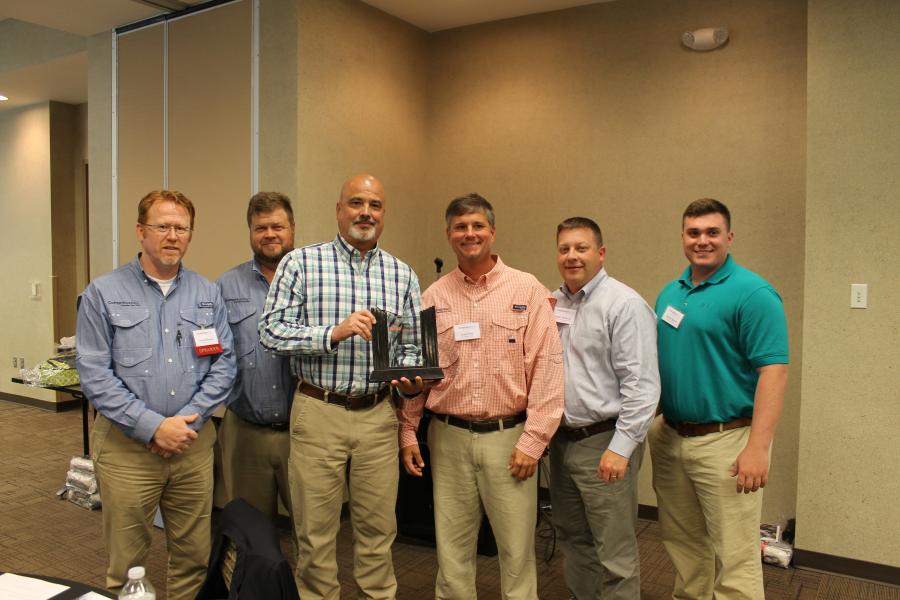 Tractor & Equipment Company (TEC) received the T.W. Pugh Excellence in Safety Award by CompTRUST AGC at its inaugural Construction Risk Summit in August. The award is the highest honor given by the self-insurance fund recognizing safety excellence.

The award is named after T.W. Pugh who helped form CompTRUST AGC, the workers' compensation self-insurance fund for members of Alabama AGC. Founded in 1920, Alabama AGC is a chapter of the Associated General Contractors of America and is the oldest and largest trade association representing the non-residential construction industry in Alabama.

Pugh was hired by Alabama AGC in 1981 to create what would become the largest workers' compensation self-insurance fund for non-residential contractors, suppliers and service providers in Alabama.

Due to Pugh's foresight, leadership and commitment to safety, CompTRUST AGC has grown to become a trusted partner in managing workers' compensation for many companies involved in Alabama's construction industry. Pugh developed many of the safety training programs utilized by contractors in Alabama, and also created the Bonanza Credit program, which has returned more than $111 million dollars in dividends to its members for safety performance.

The T.W. Pugh Excellence in Safety Award is presented to the individual or company that best exemplifies the leadership, foresight, and commitment to safety as exhibited by Pugh. The award winner is selected by the Loss Control staff at CompTRUST AGC who view first-hand the various safety practices and cultures promoted by construction companies and suppliers throughout Alabama. With more than 2,000 site visits a year, this staff has experience with thousands of companies that serve Alabama's construction industry, and it selected TEC for its commitment to safety.

“Given the variety of products and services that TEC offers and its many employees and of office locations, it is evident that a culture of safety has been adopted and fully integrated throughout the company,” said Tom Robinson, director of safety & Training of AGC Alabama Construction Industry Services Inc. “Managing the risks of such an operation is challenging and complex, yet TEC is committed in all it does to incorporate safety into all aspects of their company. They are true leaders in the industry when it comes to providing a safe working environment for their employees.”