Telsmith to Unveil Additions to Titan Series, Cone Crusher and More at ConExpo 2020 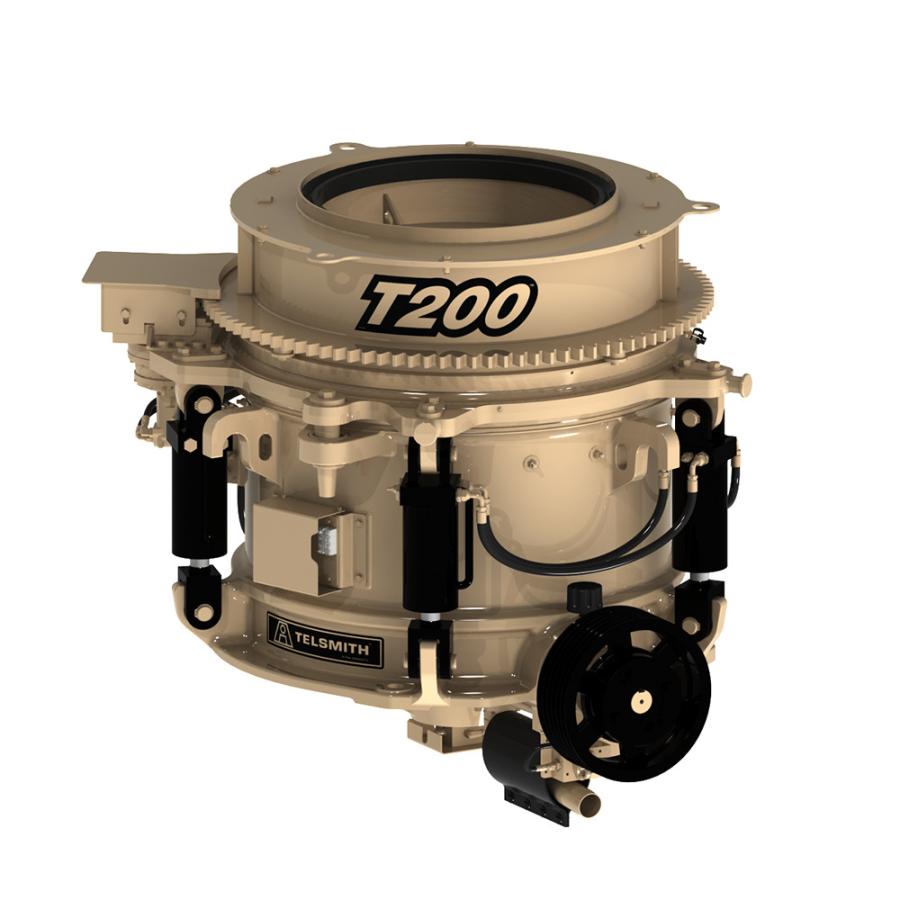 Telsmith, Inc., a manufacturer of mineral processing equipment, will exhibit in conjunction with Astec Industries Inc. at booth #C30336 in the Central Hall at ConExpo 2020.

To showcase the Telsmith promise that "The Extra Mile Isn't Extra. It's Included." the team plans to display a new addition to its Titan series, a 200 hp cone crusher, along with showcasing its 4448 Iron Giant jaw crusher and Vibro-King TL screen.

The new Titan T200 cone crusher model provides 200 hp with a maximum feed size of 8 in. and throughput capacities from 110 up to 288 stph, making the T200 ideal for secondary and tertiary circuit positions in mining, aggregates, crushed stone production and recycling applications.

With a small footprint, the T200 can easily replace existing cone crushers yet provide high production with product size and shape that meets the customer's needs. Available in both stationary and portable configurations, the T200 can be used in series with the Hydra-Jaw crushers and Vibro-King TL screens.

In addition to the Titan cone crushers, Telsmith will display and discuss new technology updates within the existing Iron Giant jaw crushers and Vibro-King TL screens.

The Iron Giant jaw crushers are designed with a long, high-volume crushing chamber that delivers reliable performance even with the hardest materials such as basalt. Iron Giant jaws incorporate maintenance features such as replaceable liners that are built into several areas to protect major components from wear and reduce downtime and repair costs.