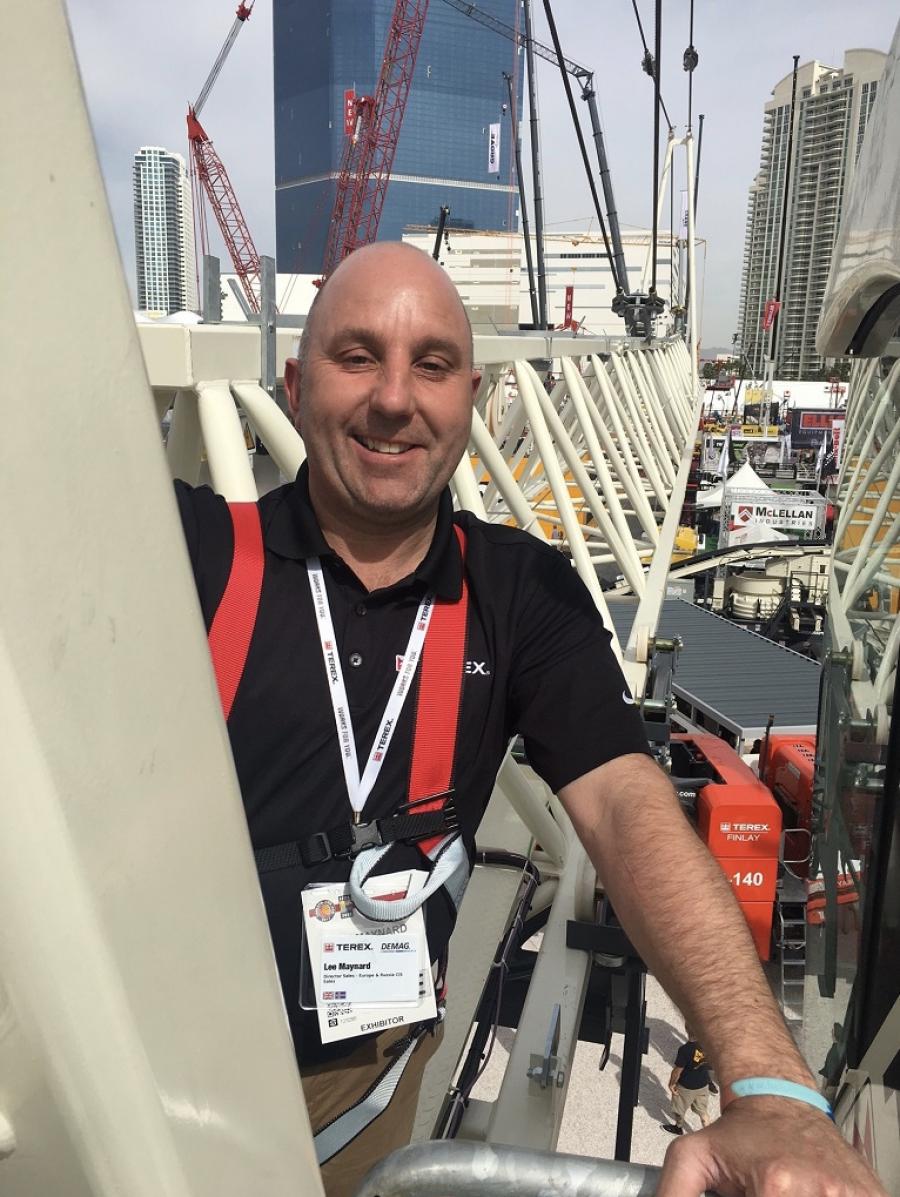 Maynard will be able to draw on his extensive professional experience and crane industry knowledge.

On Feb. 1, 2019, Lee Maynard became the new Tower Cranes Global Sales director at Terex Cranes. Maynard was previously the Terex Cranes director of Sales Europe & Russia in the Mobile Cranes business. In addition, he was also the general manager for the UK&I and will continue in this role, until a successor is found.

Maynard will be based from the Schaffhausen Terex Global office in Switzerland and in his new role, will develop long-term strategies and identify growth opportunities in the global tower crane market with the objective of increasing the company's worldwide market share and profitability. In addition, Lee Maynard will be taking over management duties for the global Terex Tower Cranes Sales Team in EMEAR, North America, East Asia and Australia & New Zealand.

Maynard will be able to draw on his extensive professional experience and crane industry knowledge. A qualified engineer, he has been with Terex Corporation since 2001 as a result of the acquisition of German crane and excavator manufacturer Atlas, and since then has been in a number of positions of increasing responsibility: Initially, after switching from engineering, he was a regional sales manager for Terex Construction, and in 2010 became the UK & IRL general manager for Mobile Cranes. In 2012, he assumed responsibility for the European sales and service organizations for mobile cranes as part of the management team. Most recently, he was responsible for all sales activities in Europe, Russia and in CIS member states.