Terex Evoquip Event Draws From All Over North America

Contractors from around the northern New Jersey and New York City area, including Terex Evoquip dealers from around the country, had the opportunity to see the company's compact line of crushing and screening equipment in action.

"We are running this event here in New Jersey along with our distributor, Emerald Equipment Systems," he said. "We basically opened it up to all our customers within the area, but we also opened it up to all of our distributors, and they can bring their customers as well. Anyone in the North American market interested in crushing/screening and onsite recycling that deal with concrete and asphalt waste are invited."

Dickson added that Terex launched its compact crushing and screening line in 2006 and launched the Evoquip line in 2016.

"We noticed an opportunity in the marketplace for compact equipment, particularly for working on smaller job sites," he said. "With the Evoquip line, contractors can do onsite crushing rather than having to haul the waste material away and crush it off site."

And northern New Jersey is an ideal location for a compact crushing and screening demonstration event, considering the high number of tight working spaces in nearby New York City.

"In New Jersey, we see a lot of compact equipment and we see the large metropolitan cities as a key opportunity for the equipment itself," Dickson said. "It's close to New York, and you can't get much bigger than that in North America."

During the two-day event, Terex Evoquip treated its guests to a barbecue lunch catered by the American B-B-Q company and dinner the evening of July 24 at Maggianos in Bridgewater, N.J. CEG 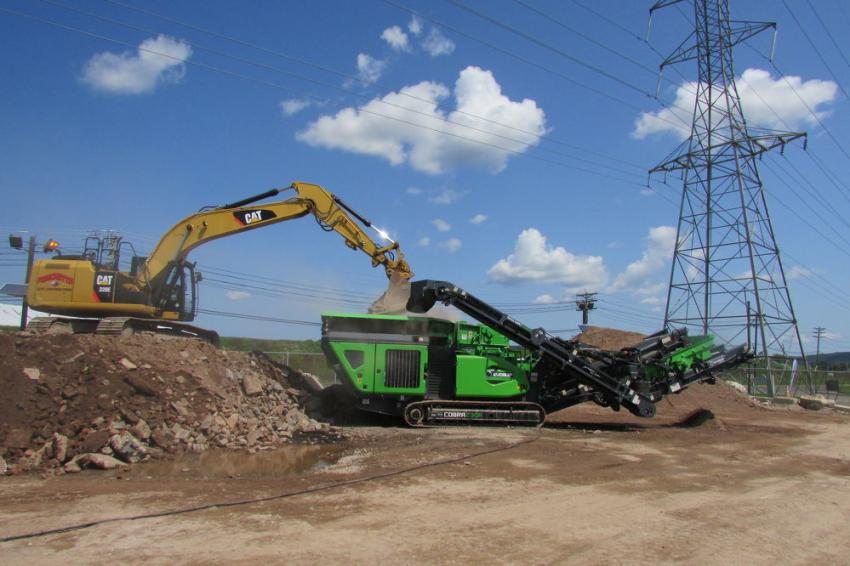 A Caterpillar 320E excavator loads a Cobra 230R during the demonstration event. 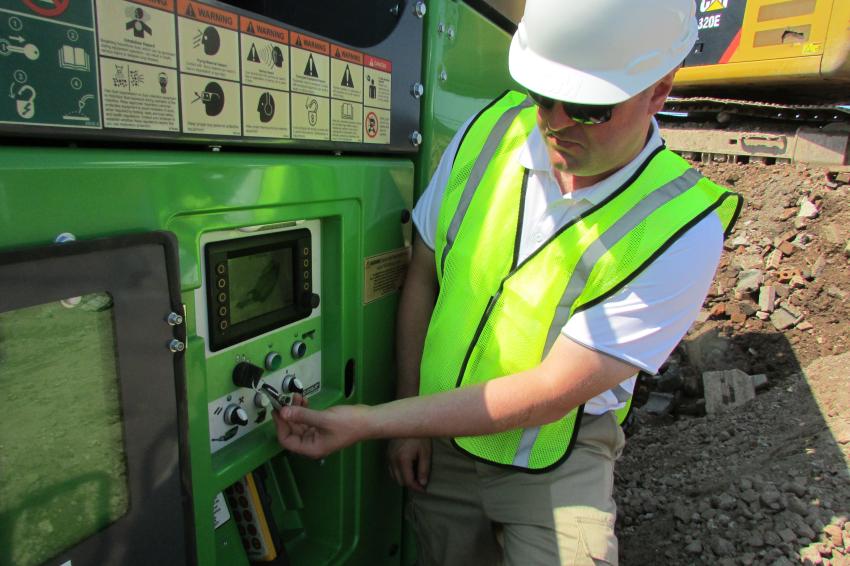 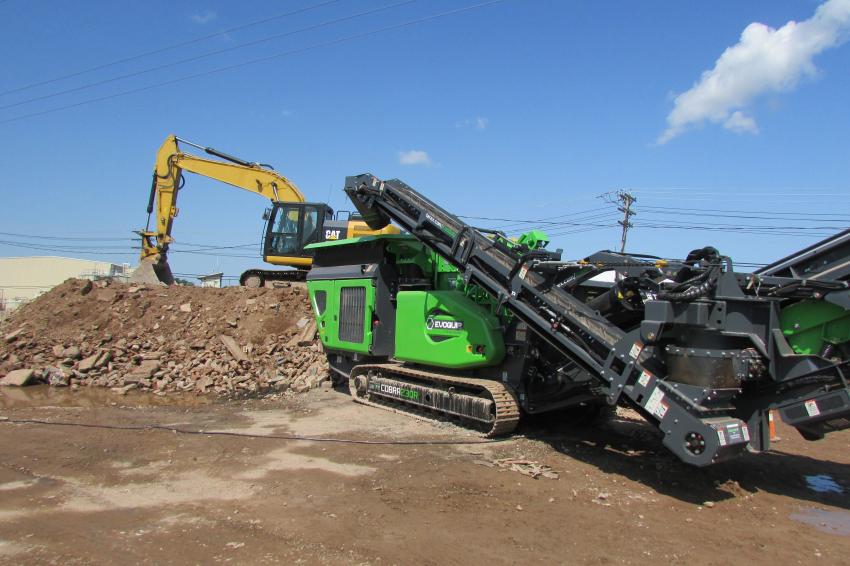 Terex Evoquip presented demonstrations of its crushers and screeners July 24 and 25 in. Bridgewater, N.J. 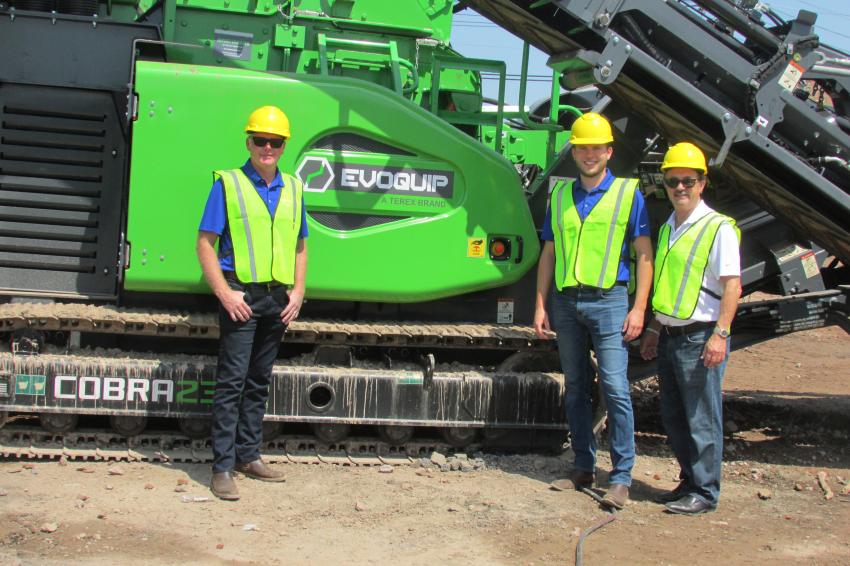 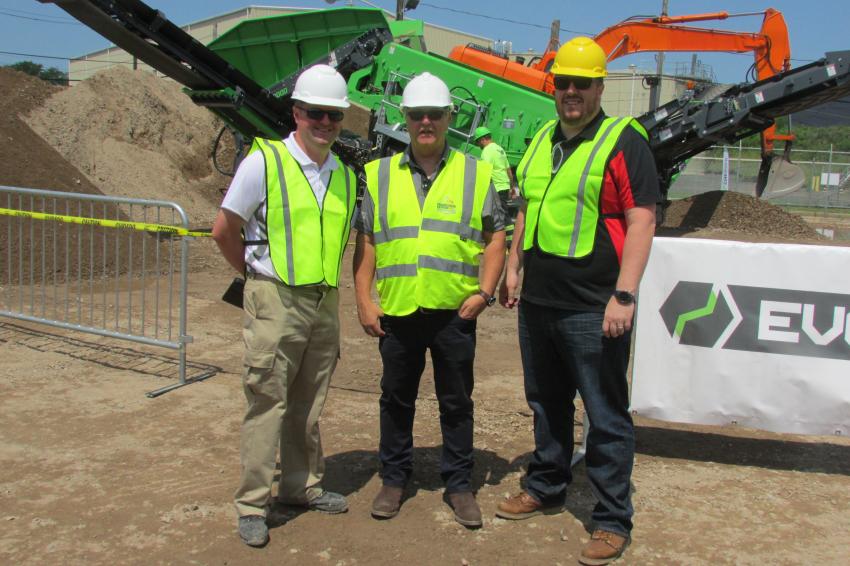 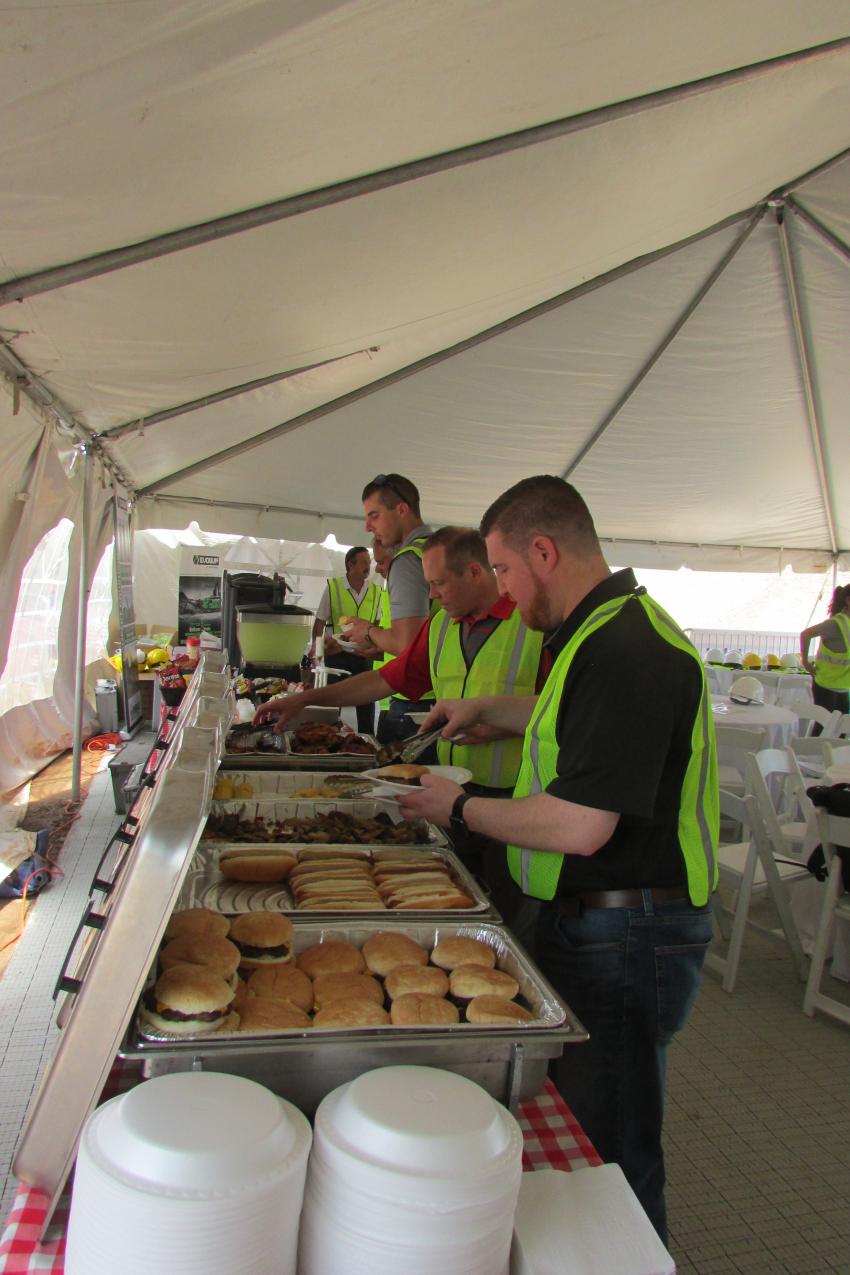 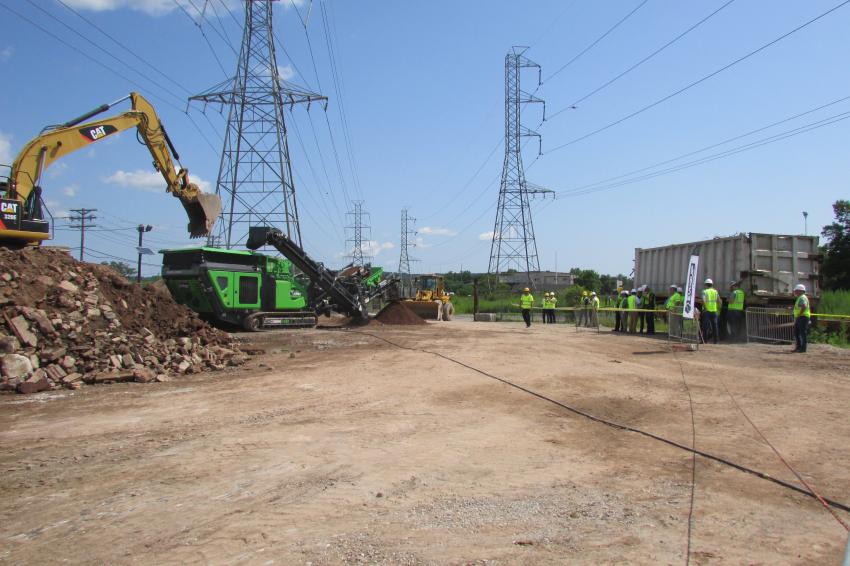 Guests line up to check out the Evoquip equipment demonstrations. 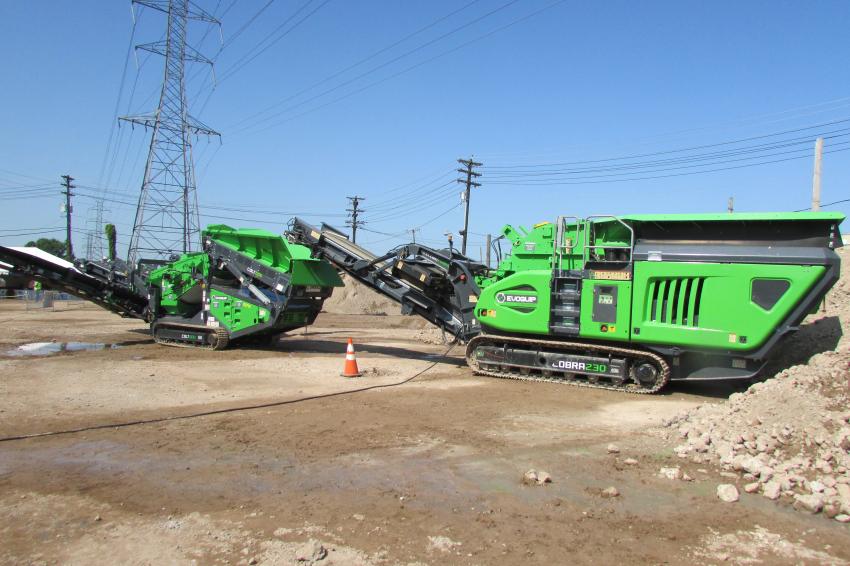 A Terex Evoquip Colt 600 and Cobra 230 were among the models demonstrated during the event. 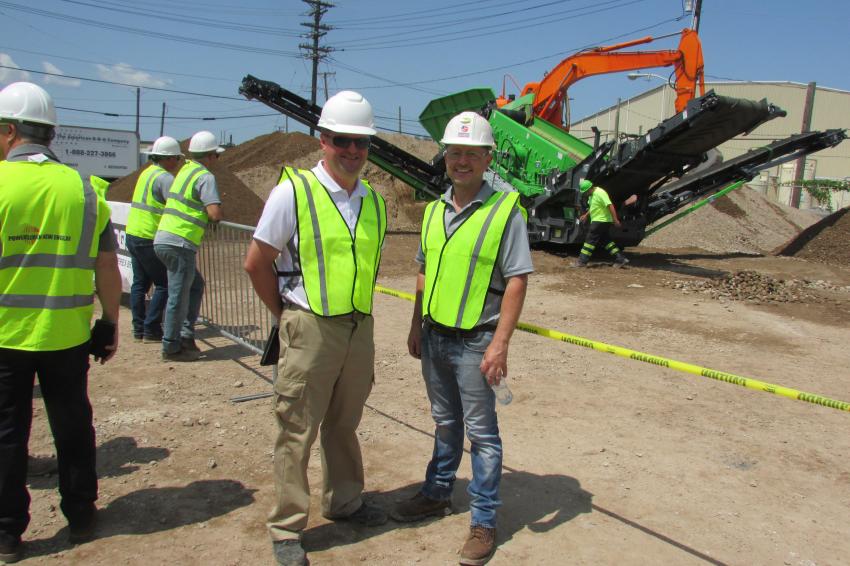