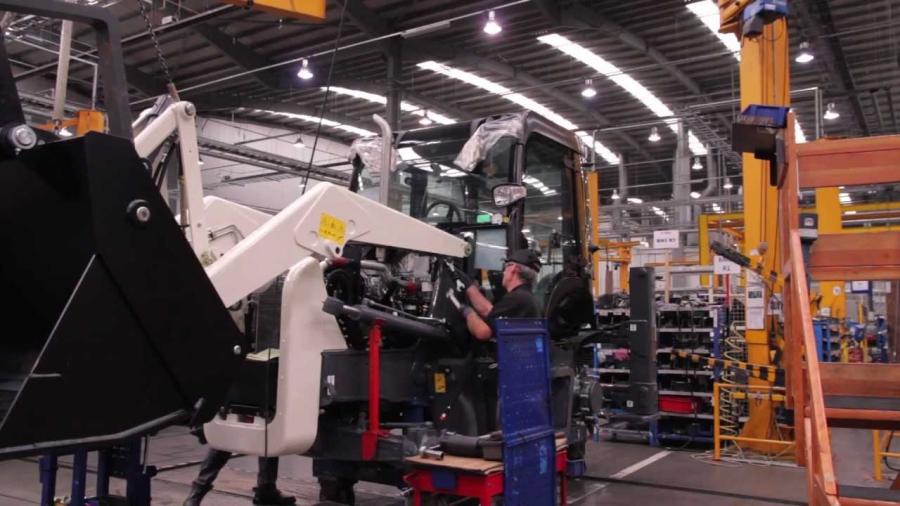 Terex employs around 500 staff at Prologis Park in Keresley End.

Terex Corp. has sold its Coventry, U.K., factory and its remaining compact construction business to Groupe Mecalac, a French manufacturer of compact construction equipment. The sale is subject to customary closing conditions and is expected to be complete in the first half of 2017.

The future of the Coventry operation had been in doubt since June when Terex sold the former Schaeff business to Yanmar for $60 million, saying that construction machinery was no longer a core business.

The price that Mecalac is paying has not been disclosed yet.

Terex is now out of general construction machinery and focused on the specialist niches of cranes, access equipment and crushing/screening machinery.

“We are pleased to enter into this agreement with Mecalac as they are a logical strategic buyer and have the resources and capability to further grow the business,” said John Garrison, Terex president and chief executive. “For Terex, the sale of the Coventry compact construction business represents continuing progress in our strategy to focus our portfolio on those product categories where Terex has a significant presence in the market and that can provide the greatest returns for our shareholders.”

Groupe Mecalac chief executive Henri Marchetta said: “This acquisition follows our growth strategy, based on excellence, on the broadening of our range of equipment for urban construction sites, and on international distribution deployment. Our intent is to foster the sharing of expertise, the development of industrial and sales synergies, and to encourage cultural exchanges along with sharing our fundamental values among the teams.”

Gregg Horne, general manager of the Coventry business, seemed happy to be leaving Terex after all the uncertainty and speculation. He said: “We are pleased and excited about the opportunity to join the Mecalac family. They embrace our vision of market growth and product innovation for the Coventry products and share the same values in terms of quality and team working.”

He added: “It will be very much business as usual for us and for our dealers and we are working towards a seamless transition during the first half of 2017.”

The products made at Coventry include backhoe loaders that have their roots in Massey Ferguson tractors. A management buyout of MF Industrial in 1992 spawned Fermec, which was bought by Case in 1996 and then Terex in 2000. In 2003 Terex moved production from Manchester to a new purpose-built facility in Coventry.

The Coventry plant also makes site dumpers that it supplies to JCB under an OEM agreement. This product line was originally made by Benford, which was taken over from BM Group by Powerscreen in 1998, which was then bought by Terex in 1999.