Texas Announces $1B for Mitigation Efforts After Harvey 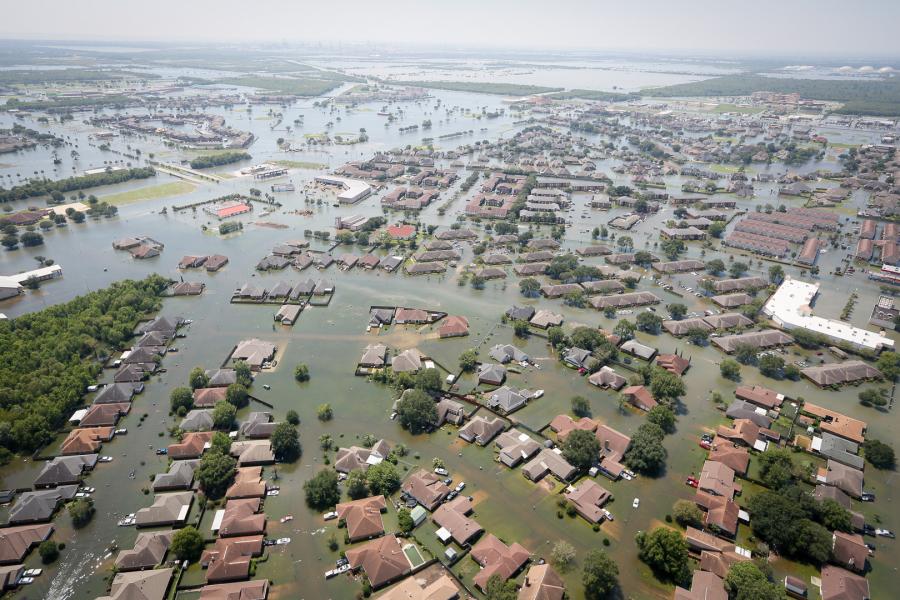 More than $1 billion in federal funds can be used on projects to help prevent or lessen damage from future storms. (Wikipedia photo)

HOUSTON (AP) Texas communities that were hit hard by Hurricane Harvey will be able to apply for more than $1 billion in federal funds that can be used on projects to help prevent or lessen damage from future storms, Gov. Greg Abbott announced.

The funding can be used by cities and counties to pay for a variety of projects, including buyouts and elevations of homes, seawalls and large-scale channeling of waterways.

“I want to reassure every single Texan that's impacted by Harvey, that we will never let up until your homes and businesses are restored, until your communities are fully protected from future potential storm damage,” Abbott said during a luncheon in Rockport, one of the many Texas cities that suffered devastating damage during Harvey.

The hurricane made landfall as a Category 4 hurricane on Aug. 25 and dumped more than 60 in. of rain in some areas of Southeast Texas after weakening to a tropical storm. The storm flooded thousands of homes, was responsible for 68 deaths and caused an estimated $125 billion in damage.

Abbott encouraged communities to begin applying for the funding from the Federal Management Emergency Agency as $500 million is available and ready to be disbursed once communities submit and get approval for their applications.

“This isn't one of those things where, 'Gosh, we're finally going to rebuild once we get the money,'” Abbott said. “The money is here. Checks can be cut immediately as soon as you get your applications in and get them approved.”

The rest of the funds will be disbursed by the anniversary of the storm's landfall.

In the wake of Harvey, officials in Harris County, where Houston is located, have been working on a proposal for a bond election that would ask voters to approve at least $1 billion to help pay for flood control projects.

Possible projects that have been discussed include building a third reservoir for the Houston area, widening some of the area's bayous and building detention basins.

Funding that goes toward efforts to protect communities against the next storm has been a key part of “our plea to the federal government,” said Houston Mayor Sylvester Turner.

“Mitigation projects are so very, very important for our future,” Turner said. “Merely funding a recovery would be funding for failure.”

Nim Kidd, chief of the Texas Division of Emergency Management, said the mitigation projects funding will be directed at strengthening infrastructure that wasn't impacted by Harvey in order “to prevent it from being damaged by the next storm.”