The Legacy of Olympic Construction: A Closer Look 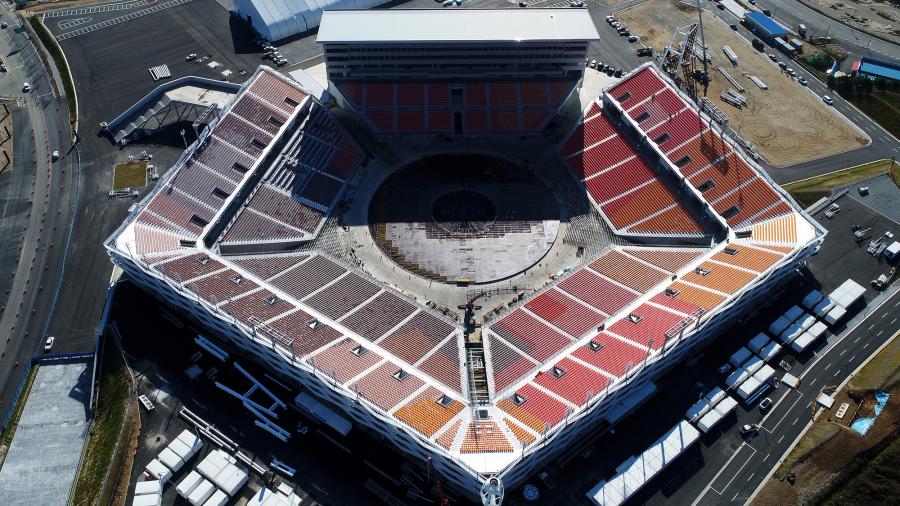 In total, the PyeongChang Olympic Stadium was used just four times over 16 days of competition.

The Games of the 23rd Winter Olympiad in PyeongChang, South Korea have been hailed as a rousing success by both experts and sports fans alike following their epic culmination in this past Sunday's Closing Ceremony. As the global event wound down with the symbolic exchanging of the Olympic flag between the current and future host cities – known as the Antwerp Ceremony – we as viewers moved on ourselves in anticipation of the Games' next iteration. For those involved in the planning stages of the Olympics, however, much work still remains.

From 1968 to 2012, every Olympic Games ended up costing the host city more than originally planned. Both the 1976 Games in Montreal and Sarajevo in 1984 cost 10 times what was initially expected. It took Montreal 30 years to pay off its debts after the '76 Olympics, and its grand stadium serves as perhaps the best example of what's come to be known as a “white elephant.” In the sporting world, this term refers to an arena that was built brand new for the Games but has little to no shelf life following their conclusion.

Despite going unused today, the Canadian province of Quebec pays $32 million annually to maintain and upkeep Montreal's Olympic Stadium, which has never been able to pay for itself – even when “The Big O” was home to Major League Baseball's Montreal Expos from 1977 to 2004. In recent host cities like Beijing and Rio de Janeiro, their own white elephants have become so neglected that there is no longer hope for repurposing these facilities that cost their respective governments millions upon millions of dollars.

The South Korean government invested $13.1 billion U.S. dollars on the PyeongChang Games – significantly less than the reported $55 billion that Russia spent on the 2014 Winter Olympics in Sochi. According to organizing committee data, approximately 80 percent of that sum was used to build stadiums and other necessary infrastructure in the tiny province of Gangwon. With only 40,000 people residing in the region where the Games were held, these winter-purposed arenas and constructs like the Alpensia Ski Jumping Centre have little worth to the surrounding community.

Understanding this fact and the potential white elephants hold as a financial drain, the host committee made the brazen decision to demolish its $109 million, 35,000-seat stadium now that the Games are over. In total, the PyeongChang Olympic Stadium was used just four times over 16 days of competition. According to University of Michigan researcher Judith Grant-Long, the cost of operating the stadium ran approximately $10 million per hour of use. While that may seem like a complete waste, the thinking of the host committee was better overpay now than be on the hook for upkeep years down the line like Montreal.

Seven new structures were built for this Olympics while an existing seven were enhanced with supplementary construction to best serve their purpose. The host committee still today remains at odds in considering what to do with several arenas moving forward. Despite their novel plan to tear down a portion of these “pop-up” facilities immediately, government officials in South Korea are still stuck with an estimated annual payment of $14.5 million for those that will remain.

Temporary stadiums are not new to the Olympics. In addition to PyeongChang, the idea also helped Grenoble and Albertville lower their overall host debt after the 1968 and 1992 Games. To a host country, the appeal of the Olympics is the potential economic boost to a specific city or region. However, the burden often left behind in the wake of the Games can cripple the area intended for growth. In the end, Olympic hosts cannot avoid high costs or accumulating losses on their large investment. PyeongChang seems to think it has found a modern solution with its temporary stadiums. Will Tokyo follow suit in 2020?