The State of the Union's Infrastructure 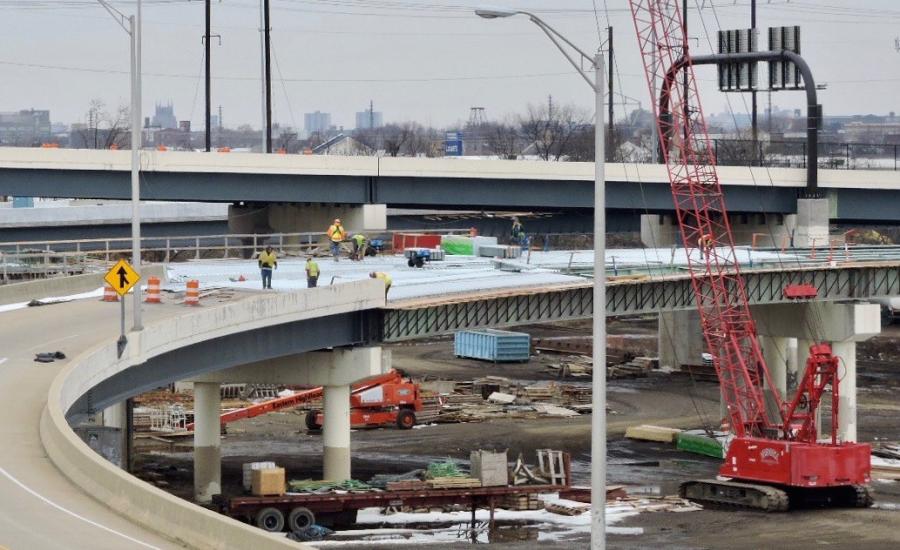 Projects across the country could get a big boost if Congress acts on the president’s plan.

During a State of the Union speech Jan. 30, President Trump formally began his administration's push to build and rebuild the nation's infrastructure — that is, to make our roads and other civil engineered structures “great again.” Easier said than done.

The president is calling for expenditure of $1.5 trillion on infrastructure like highways, bridges, waterway structures, airport tarmac, and rail and seaport terminals. These are the engineered structures that move people, commodities and manufactured goods. Upgrading infrastructure is an always popular idea because it holds real promise of alleviating urban congestion and spurring commerce from coast to coast.

Yet any undertaking of this magnitude immediately faces three challenges. The immediate challenge in 2018 is for Congress to come together to pass enabling legislation. That's square one for President Trump and his congressional allies and, in some respects, is the most difficult task facing them.

Democratic critics of President Trump at this point seem genetically opposed to anything he wants. Such gamesmanship is not unheard of on Capitol Hill, of course, but this is an historic moment of hyper-partisanship. Bridging the political divide is a daunting task in the best of times. Sad to say, these are not such times. So bringing lawmakers together on even something as pragmatic and nonideological as smoother roadways and safer bridges may be difficult for the Trump team.

The last time a president proposed a big-dollar infrastructure program was in 2009 when President Barack Obama pushed an $840 billion stimulus package in hopes of kick-starting a bludgeoned economy. President Obama won approval of the package, though without the support of any House Republicans (and 11 Democrats). Only three Senate Republicans backed the bill. Those who opposed the measure did so because the funding seemed too diffused among special interest groups to really spur economic activity.

That certainly proved to be true in respect to construction. Though signs went up on construction sites around the country touting the American Recovery and Reinvestment Act, in the end most of the stimulus money was earmarked for Pell grants and AmeriCorps programs, the Smithsonian Institution and local law enforcement, and so on. While all of the recipients may have been worthy, just $80 billion of the $830 billion was spent on infrastructure — and less than $30 billion of the $80 billion specifically on transportation projects.

Consequently, very little stimulation occurred where dirt actually gets turned. An indication of the construction industry's disappointment was the reaction to an Associated Press story in 2010 that declared the stimulus bill a big success for contractors. In response, the American Road and Transportation Builders Association came out and gave the story an F for misleading the general public. The organization might have called it fake news.

So if Democrats in 2018 object en masse to President Trump's proposal, it will not be unprecedented. Yet wholesale party-line rejection of an infrastructure bill will be harder to defend this time if GOP leaders don't make the same mistake Democrats did in 2009 and turn it into a catch-all spending measure. The challenge facing the GOP is to cobble together a clean infrastructure bill that actually focuses on highways, bridges and the like. If Republican leaders can do that, they may pick up enough support across the aisle to win passage.

The legislative debate will be complicated by the president's desire to spread the cost of infrastructure upgrades across federal, state and local governments as well as private investors.

“Every federal dollar should be leveraged by partnering with state and local governments and, where appropriate, tapping into private sector investment to permanently fix the infrastructure deficit,” President Trump said in his speech.

There will be pushback to this. State and local jurisdictions undoubtedly would prefer to have Washington pick up the entire tab for construction and repair of local infrastructure. Yet the offer of some federal dollars is enticing enough that it could overcome the resistance to a requirement for additional local spending. Having state and local authorities invest more in their roads and bridges certainly will give them greater incentive to ensure the dollars are well spent.

Private-public partnerships have been around a while and are growing in popularity in some parts of the country. Indiana toll road and bridge projects a decade ago are often cited as successful ventures, but not every partnership has worked and some projects are altogether ill-suited for such partnerships.

All in all, teaming up with states and cities to fund the work is a good idea. However, it will require the cooperation of more decision-makers inside and outside Washington and that could aggravate passage of the bill.

The second challenge facing President Trump is to deliver on his promise to short-circuit the various regulatory regimes that hamstring construction projects. “Any bill must also streamline the permitting and approval process,” the president declared, “getting it down to no more than two years, and perhaps even one.”

One can only hope. The fact is, snipping even some red tape on construction projects would be revolutionary and revolutions are never easy. Every highway project necessarily has some environmental, social and economic impact. Change always has impact. So moving projects ahead sometimes comes down to weighing competing values and deciding among them.

How many snail darters can acceptably be sacrificed, for instance, to build a roadway through a wetland and cut an hour from a suburban commute? On such questions can mighty construction projects grind to a halt. Contractors as a rule are not unsympathetic to such concerns, but they do have a business to run. They at least deserve timely regulatory decisions so alternate routes and construction methods can be implemented.

Streamlining the process is not too much to ask. Congress can mandate speedier regulatory processes that emphasize action by capping interminable bureaucratic paper-pushing. It isn't a question of ignoring science or turning deaf ears to legitimate objections. It is all about requiring decisions to be made in a timely manner.

In 2008, President-elect Obama promoted the upcoming stimulus bill by pushing the idea of getting projects under way quickly. “I think we can get a lot of work done fast,” he said after meeting with governors. “All of them have projects that are shovel ready, that are going to require us to get the money out the door.” When actual construction later proved illusory, he publicly rued a dearth of genuinely shovel-ready projects. Cutting red tape can help unleash shovelers. It is a critical component in any 2018 infrastructure bill.

The third challenge facing congressional lawmakers is how to target federal funding. There is no shortage of targets. The American Society of Civil Engineers issues report cards every four years and its 2017 report once again gave the country a D+ for infrastructure worthiness. The engineers throw out lots of numbers to substantiate their grading.

For example, while they acknowledge that the overall condition of highways is improving and the percentage of deficient bridges is declining, they observe that roadway congestion is increasing. In other words, more traffickways are needed in urban areas. Congestion aside, the more worrisome complaint is that economic growth is being impeded.

Here's just one line from the report: “By 2025, the annual costs imposed on the U.S. economy from deteriorating transportation infrastructure will increase to $238 billion (increasing by $91 billion over 2015 costs) and by 2040, the costs will have increased to $575 billion ($428 billion above 2015 and $337 billion above 2025 costs), with cumulative costs mounting to $1 trillion by 2025, and $3.2 trillion by 2040.” Just call it mind-boggling and be done with it. The engineers' point: The U.S. can and should do better if it wants to continue to grow its economy.

But where, specifically, should federal dollars go to complement state and local funds? After the president's address, CNBC rolled out its top 10 states needing the money. Eight of the 10 states are in the Northeast or Middle Atlantic regions of the country (Mississippi and West Virginia being the only exceptions). Without faulting the summary list, it clearly is not going to go down well among congressional representatives of the 40 states west of the Appalachian Mountains.

So the challenge in Congress will be to find a middle ground between pouring the money into the needy Northeast, where millions of auto and rail commuters keep infrastructure in constant need of repair and replacement, and spreading it evenly across the country, with the foreseeable consequence that no state will receive enough federal money to make a dent in its infrastructure needs.

Making infrastructure great again will not be easy.