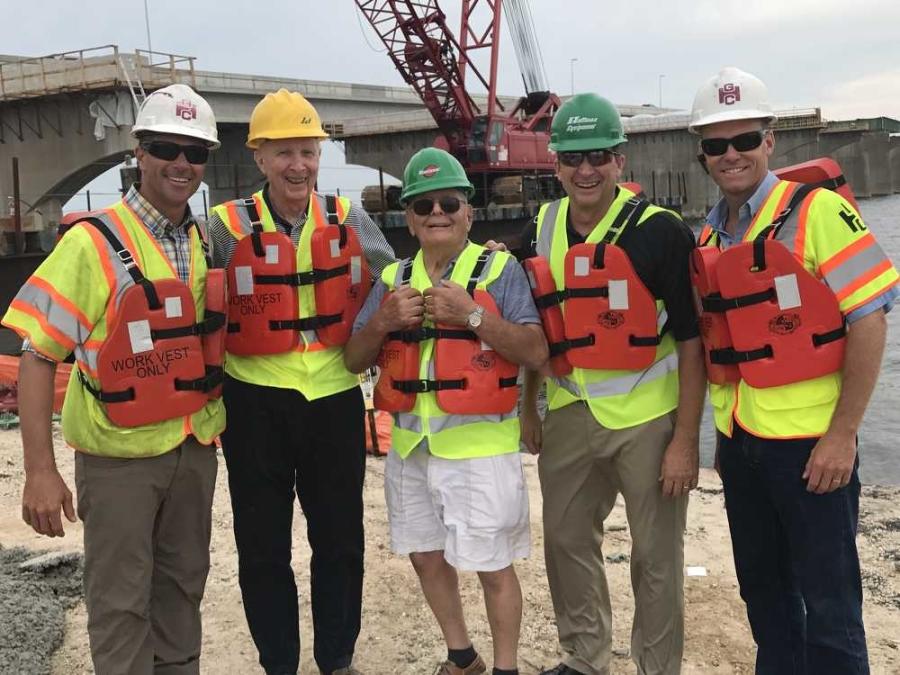 In what is best described as an iconic moment, three generations of Hoffman leadership gathered this summer for a job tour with George Harms Construction Co. on the site of the new Route 72/Manahawkin Bay Bridge in Long Beach Island, N.J.

This long relationship was strengthened again recently when GHC took delivery of its largest crawler crane to date and the most technologically advanced crawler crane available — the Manitowoc MLC300.

This crane has a 330-ton capacity and utilizes Manitowoc's VPC technology to enhance lift capacities and reduce operating weight. The new crane had just been delivered to the Rt. 72 job when Hoffman leadership caught up with it for a look-see.

Current President of Hoffman Equipment, Tim Watters, carries a predisposition for cranes, probably a result of Hoffman's history as a crane and rigging company before becoming a distributor of construction equipment in 1978. Watters loves the MLC 300, noting that it offers customers the best capacity to weight ratios and capacity to invested capital of any crawler in the industry.

So, on a beautiful, sunny day in July all three generations of company leadership visited the site where crews were and were given a thorough site tour by Kevin Harms and Jason Hardell of George Harms Construction Co. As the crane is located in the middle of Barnegat Bay, the tour was conducted aboard a Harms workboat on the site. Not only were the former presidents impressed by the crane, they also enjoyed sharing industry “war stories” with the relative youngsters.