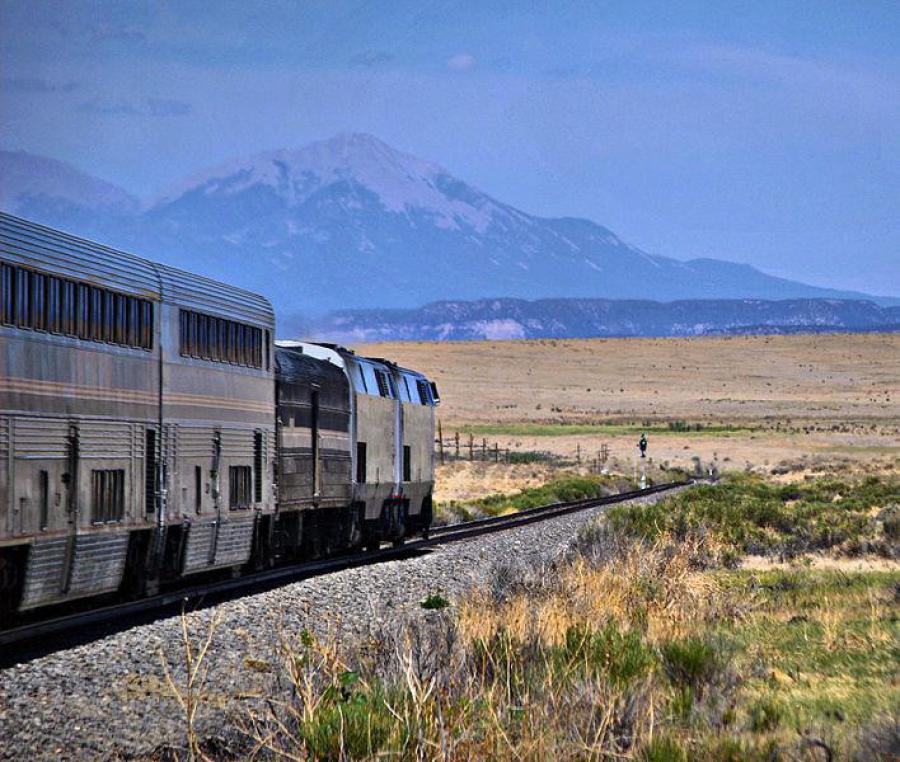 A Kansas DOT announcement said the DOTs from the three states contributed $1 million each while Amtrak and BNSF each contributed $3 million to the project.

State departments of transportation from Kansas, Colorado and New Mexico helped fund a regional rail line improvement project that won a federal TIGER grant of $16 million this month from the USDOT.

The award went to the $26.7 million Southwest Chief Route Stabilization Project, and the grant application was sponsored by Colfax County, N.M. This is part of a series of projects in recent years – which have won three TIGER grants – to upgrade track owned by freight railroad BNSF and used by Amtrak for its Southwest Chief long-distance train operating between Chicago and Los Angeles.

A Kansas DOT announcement said the DOTs from the three states contributed $1 million each while Amtrak and BNSF each contributed $3 million to the project.

"Kansas ranks in the top 10 for railroad miles in the nation, with that comes a necessity to continue to rehabilitate and modernize our railroads," said KDOT Secretary Richard Carlson. "With the investment into the Southwest Chief, Kansas looks forward to working with our other state partners in providing this valuable service."

KDOT said the Kansas portion of the grant will rehabilitate about five miles of the remaining 21 miles needing rehabilitation with new rail, turnouts and road crossings.

"High-performing Infrastructure is vital to every region of Kansas," said Gov. Jeff Colyer. "The investment that the USDOT has made into this area of Kansas' infrastructure is a reflection of how vital Kansas is to doing the business of the nation."

Overall, the USDOT said the new grant will help replace 60-year-old bolted rail, associated turnouts and crossings for a net gain of 42 miles of Class 4 rail in the La Junta subdivision between Hutchinson, Kan., and Las Animas, Colo.

It will also, the USDOT said, replace older track ties in a 200-mile section between Lamy, N.M., and Trinidad, Colo., and make improvements to the New Mexico Rail Runner Express route.

Benefits, it said, include providing "a safer environment for passenger and freight trains, including the replacement of an outdated traffic control system." It will decrease the number of orders for trains to move slowly through the affected areas, and allow trains to operate at 80 mph, the USDOT said.

It added that "this train route brings thousands of visitors to this area, sparking economic vitality in many rural areas connected to this train route through enhancing rural connectivity and access."