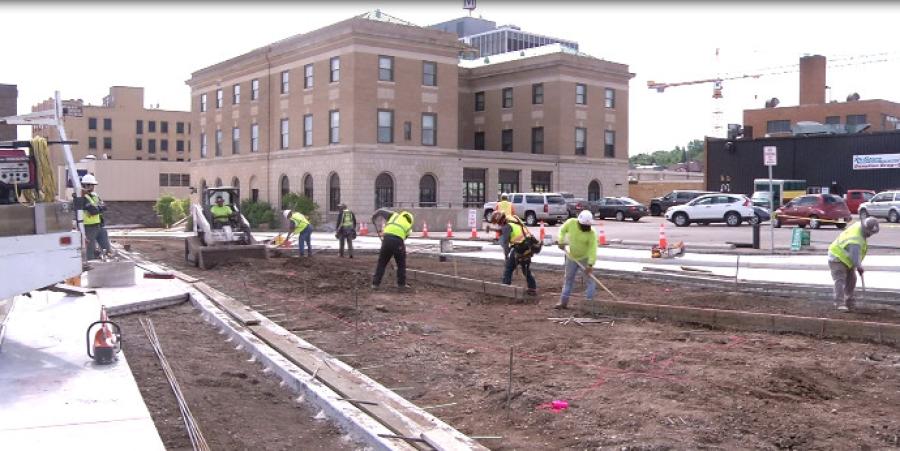 “This might seem like just another project, but when you look at the scope of what we undertook, that's a massive undertaking,” said Lance Meyer, city engineer. “It's the largest reconstruction project the city has ever done.”

A ribbon-cutting ceremony is planned for early October. The city will acknowledge everyone involved in the project, including the North Dakota congressional delegation, which secured federal funding for nearly half of the over project cost.

Meyer said residents could expect some temporary lane closures for a few weeks as contractors completed incidental work such as installing street lighting. He said contractors should be finished by October.

The city began designing the infrastructure in 2013. This year's construction phase finished about a month early.

“It's been a tough three years businesswise to get through the construction, but it's something that needed to happen,” said Mary Helen Hasby, owner of Cookies for You. “But I am glad to be at the end of it and get back to normal, and I think when people come downtown and shop, they will see how beautiful the streets are.”