Three years into a $60 million project to replace the North Hero-Grand Isle bridge in Vermont, crews are pouring concrete with an eye toward building the new replacement drawbridge in the 2022. 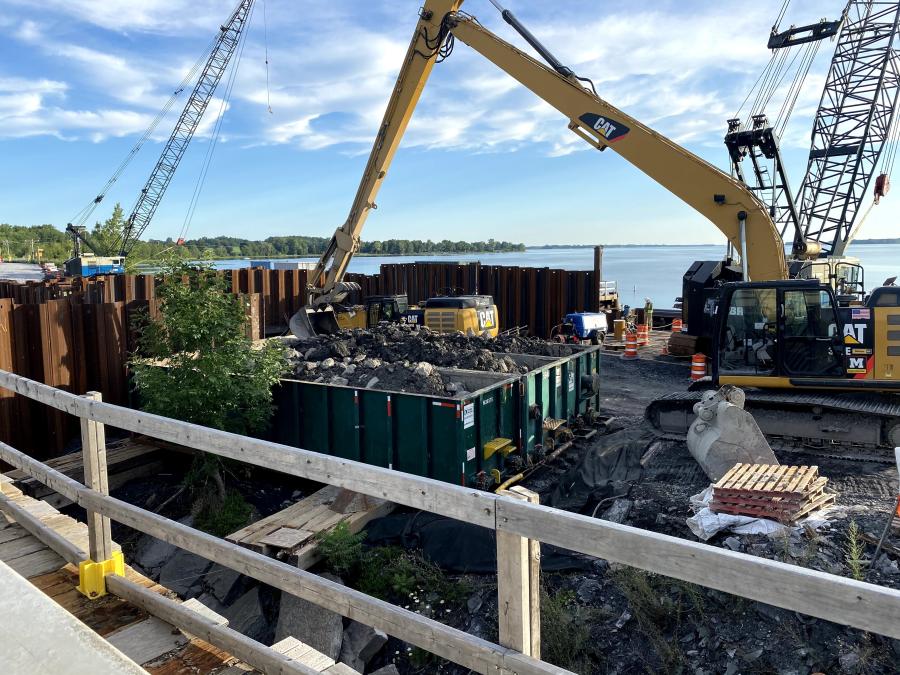 The bridge links two islands on Lake Champlain. Progress was slowed earlier by the unexpected discovery of hazardous contaminants, but the materials have been safely removed and work is back on track.

"Things are going well," said Jacqueline Dagesse, spokeswoman of the Vermont Agency of Transportation (VTrans). "We have deconstructed the original drawbridge, constructed the temporary drawbridge now in operation, and we are focused on multiple concrete pours for the bridge substructure. The bridge is on schedule to be operational by May 15, 2022. The project is scheduled to be complete by July 2023."

"The piers are hollow, the equivalent of a three-story reinforced concrete building," Ware said. "The piers will be constructed in three lifts. The contractor is currently working on lift two of each [second story] bascule pier. The two bascule piers will house all of the electrical and mechanical equipment as well as the trunnions and counterweights for the new bascule spans."

Cianbro plans to continue work on the piers through the summer, then begin structural steel erection in the fall. 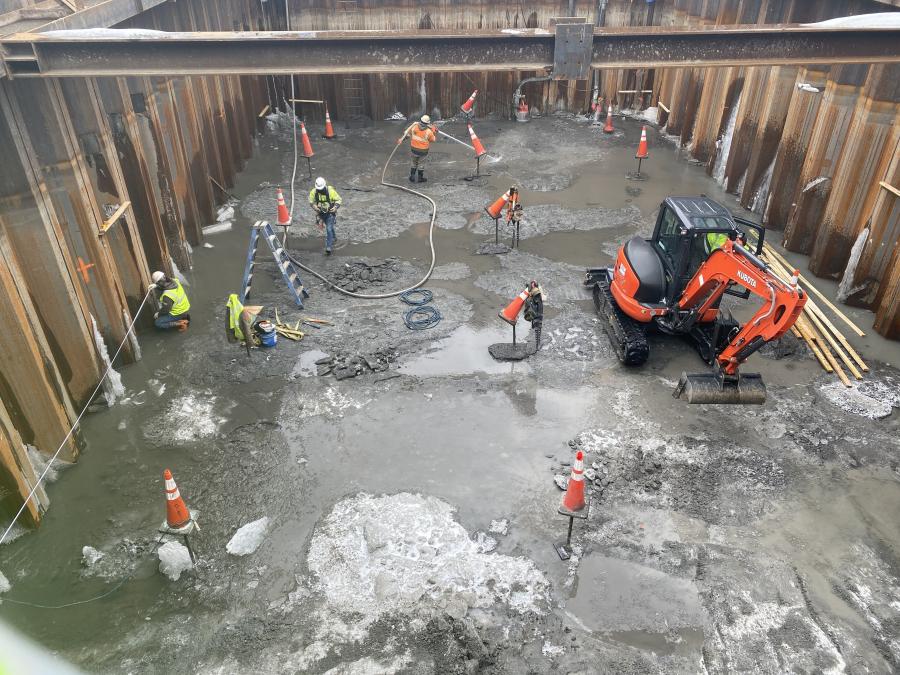 The project was held up earlier this year after hazardous materials, including lead, PCBs and hexavalent chromium were discovered during excavation. VTrans engineers believed the contaminants may have come from the sandblasting and painting decades ago of the old bridge railing.

The drawbridge operates only five months of the year, from May 15 to Oct. 15 during boating season. The rest of the year, the bridge remains in the down position to maintain vehicle traffic.

The original historic twin bascule bridge was built in 1953 and was the main road through the island, seeing approximately 3,000 cars daily during the off season and double the number in the summer and fall. The bridge also provides the only unrestricted access for boats and is the only route big sailboats can get through.

The new bridge will have some significant differences from the one it is replacing. Instead of electrical motors that had to be cranked, the new bridge will open and close on a hydraulic system. The new deck will feature stainless steel reinforcement steel, which is anticipated to lengthen the lifespan. Instead of pavement, there will be concrete and the bulk of the girders will be metalized rather than painted, and some smaller pieces will be galvanized. When complete, the new bridge is expected to last 75 to 100 years. CEG