The work and effort put into completing the Trans Alaska Pipeline System and its constant maintenance is an embodiment of Alaska grit. 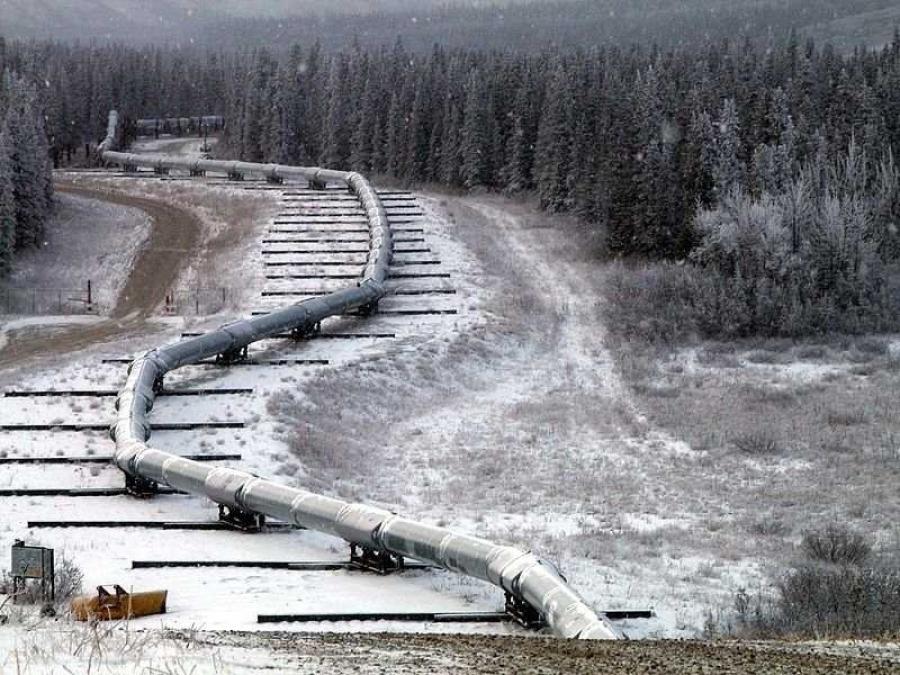 On June 20, Alyeska Pipeline celebrated the 40th anniversary of the Trans Alaska Pipeline System, often called TAPS. More than 100 people gathered at the pipeline pullout in Fox to celebrate with root beer floats, gourmet hamburgers from Frostbite Foods and tacos from Tacos Al Pastor. A heavy rainstorm rolled in quickly and only the brave and hungry stayed in line for food.

“At the time it was built, it was the largest private construction project,' Barrett said beneath a gazebo as rain fell. “We crossed three mountain ranges, 34 major rivers and our engineering was incredible. As far as pipeline goes, it's the gold standard.'

Barrett recounted one of his favorite stories about the pipeline's construction. He said as crews worked their way through Thompson Pass near Valdez, they came to a certain mountainside with a 145-degree angle that no welder would work on.

“The pipe was heavy and it could slide downhill,' Barrett said. So, a sack filled with $10,000 cash was offered to the welder who would weld the pipes together on this hillside.

“It was very much true Alaska grit,' he said.

“Everyone who works for us knows this matters to everyone in the state,' Barrett said. “To have jobs that are important is a great gift. We have 15 people working here since the startup. We have a very high percentage of employees that have been with the company for more than 20 years.'

Of the company's 800 employees, 95 percent are Alaskans and 20 percent are Alaska Native. Barrett said this is a big change compared with the construction years, when many of the workers were from Texas and Oklahoma.

With hundreds of miles of pipeline and 77,000 supports for the above-ground portion, the pipeline requires another 800 to 1,000 contractors to maintain the operation.

“It's so big it gets lost on people,' Barrett said.

Barrett said Alyeska's big issue and challenge as the company moves into the future is keeping the pipeline full.

On June 20, the pipeline sent 507,000 barrels of oil down the pipeline, Barrett said. He said that number cannot fall below 300,000 of barrels per day, but he remains optimistic that would not happen. Billions of barrels worth of untapped oil in the Arctic is waiting to be developed. Until then, Barrett said Alyeska is focusing on technological advancements and making TAPS more economical to get through the lull in oil production.