Transforming the Port of Baltimore 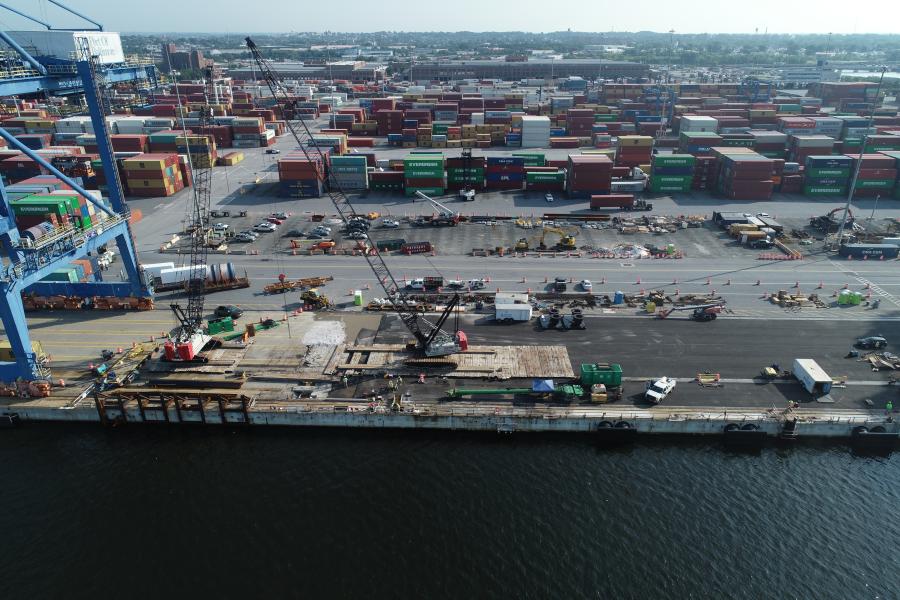 A transformation at the Port of Baltimore will allow for berthing of larger container post-Panamax ships.

Seagirt Marine Terminal in the Port of Baltimore is operated by Ports American Chesapeake through a public-private-partnership (P3) with the Maryland Ports Administration. It opened in 1990.

The Port of Baltimore is currently only one of two major economic ports on the East Coast capable of handling these larger ships. Additionally, it has two Neo-Panamax cranes, with the ability to extend across 23 containers on a ship and lift over 187,500 lbs. of cargo. 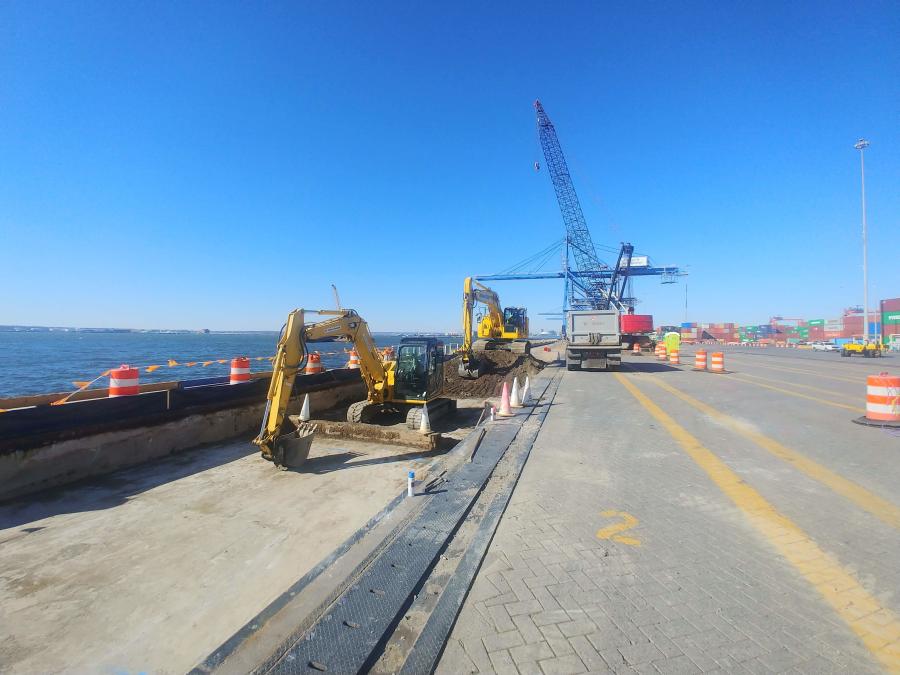 Fay, S&B USA Construction is currently working on a $22 million project at the Port of Baltimore to transform Berth 3 into a 50-ft.-deep supersized berth. Work began in December 2020 and is ongoing.

According to Mike Veid, senior project manager, Komatsu excavators were used to demolish the existing interlocking stone pavers and remove fill material the entire way down to the concrete deck, exposing the longitudinal and transverse beams over the pile caps.

He reported that more than 10,000 holes were drilled into the existing pile caps, making room for the epoxy grout and new rebar inserted in these beams. This added reinforcement will enable the construction teams to pour new concrete, strengthening the existing beams.

"The underside is below the water level and required skilled divers to install the rebar while forming and pouring beam to strengthen the structural concrete," Veid said. "Fay experts knew that with divers underwater, this project would need to use vibratory equipment to lessen any percussion signals."

Both topside and underwater concrete additions reinforced the berth enabling the structure to withstand the additional loading forces by the new Neo-Panamax cranes when unloading two oversized cargo ships simultaneously.

Fay added support structures, which included a 1,650-ft. long combination wall, containing both king and sheet pile, enabling the team to be able to work quickly and increase the depth to 50 ft. That is an added 12 ft. to the existing draft. All these driven, dredged and reinforced construction methods are reinforcing the infrastructure at the Port of Baltimore to handle this increased load.

Veid explained that Fay is showing diverse skills to make this happen. The new sheeting wall extended below the surface of the water to a toe elevation of -85 to -90 with the top cutoff elevation of -40. 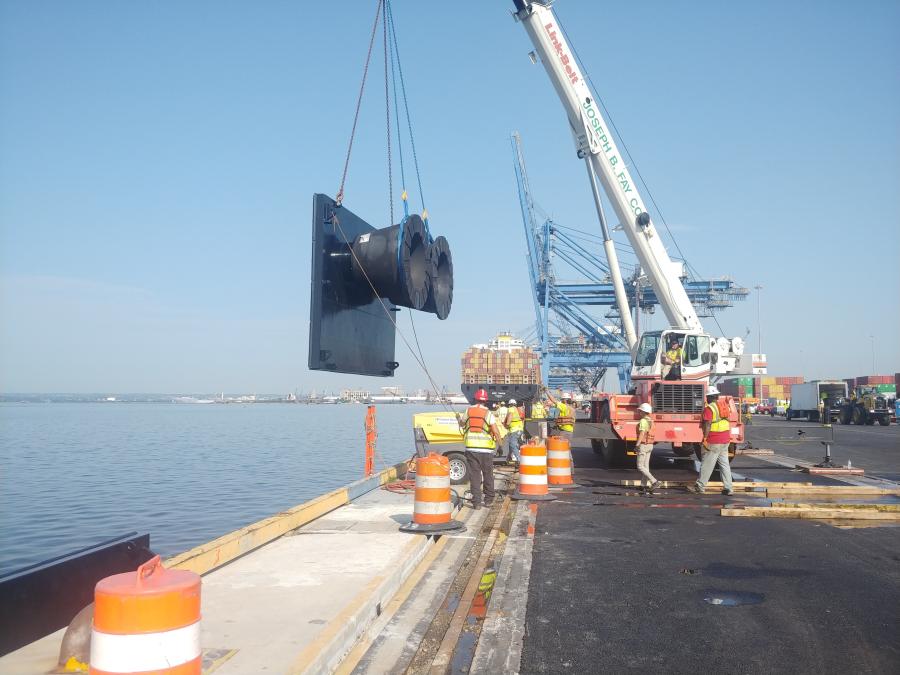 "To perform this installation, Fay designed and fabricated four driving templates to preset and hold each section of king pile and interlocking sheets," Veid said. "Once the piles were preset, a Link-Belt model 248 crane, along with an ICE vibratory model 44 driver/extractor with extensions were used to begin installation. Next, the ICE model 110 vibratory hammer with extensions was used to drive to engineering specifications."

He noted that the most challenging aspect of the project was installing the piling through the difficult soil conditions with adjacent structural limitations.

The Port of Baltimore continues to grow year after year and "has uniquely positioned [Maryland] to handle critical links in our nation's supply chain," said Gov. Larry Hogan.

Hogan, President Joe Biden and Secretary of Transportation Pete Buttigieg have all made visits to the Port of Baltimore while this construction has been under way. CEG