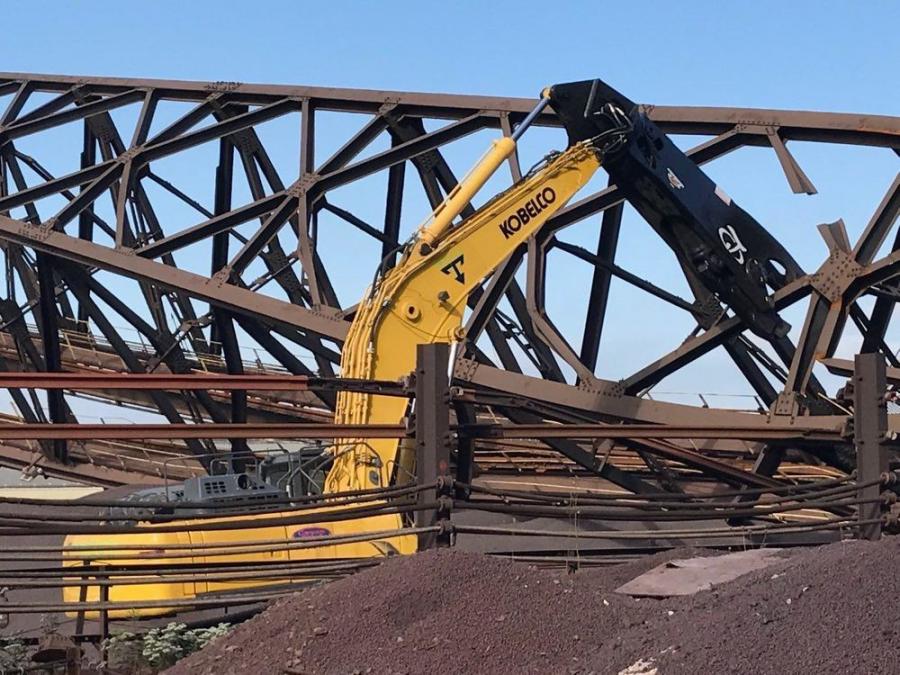 This two-phased project has so-far required the use of a Labounty MSD2000R and Stanley MBX608 hammer, both of which Trifecta purchased from Company Wrench.

Trifecta Services Company may be fairly new to the demolition game, but that hasn't stopped the company from working on some large projects. In fact, one of the company's first projects included removing approximately 60,000 sq. ft. of warehouse space to make way for a new gas station at a commercial site.

Mark Lee, vice president of sales, credits the company's business model and relationships for its success.

“With all of us [Lee, Ryan Senale, vice president of operations, and Sam Shah, president] being in the industry for quite some time, we have made some good relationships and we've built trust with these folks that have reached out to us, even as a new start up. They have given us the opportunity to perform work for them.

“We've set our business model to be a little more technical and tend to pursue more of the technical projects, which requires more specialty equipment. There is a lot more hydraulics involved, with hydraulic shears, processors, hydraulic hammers, equipment that other guys have not wanted to make the initial investment or do not have the relationships with other companies to get some of this equipment that is necessarily needed to do this type of wrecking,” he said.

“A lot of these companies that have been around for 30, 40, 50 years, these guys know how to wreck buildings, but they have had to incorporate safety into their processes because you are taking the old-school methodology and now bringing it up to today's standards that are required by most of your GCs and your industrial clients. So, we looked at it the other way, we said, we'll start this thing, focus on safety and figure out how to be safe, productive and cost-effective, so that's been our business model and it has worked wonders for us. Three years running and we have not had an incident to date. That is what we keep striving for, zero injuries. It's a lofty goal but I think managing the safety aspect we can keep that going.”

For the gas station project, Trifecta used two hydraulic excavators with bucket and thumb combination, pulled apart and separated steel trusses, metal siding for recycling, segregated the C&D material which was transported to the land fill and then pulled up the slab and footings and sent it to a recycler for crushing.

Other projects have included the Apex High School in Apex, N.C., and a city block for the city of Durham for its new police department headquarters, which was approximately 100,000 sq. ft. of demo, 5,000 tons of soil remediation and then some other environmental asbestos and lead. 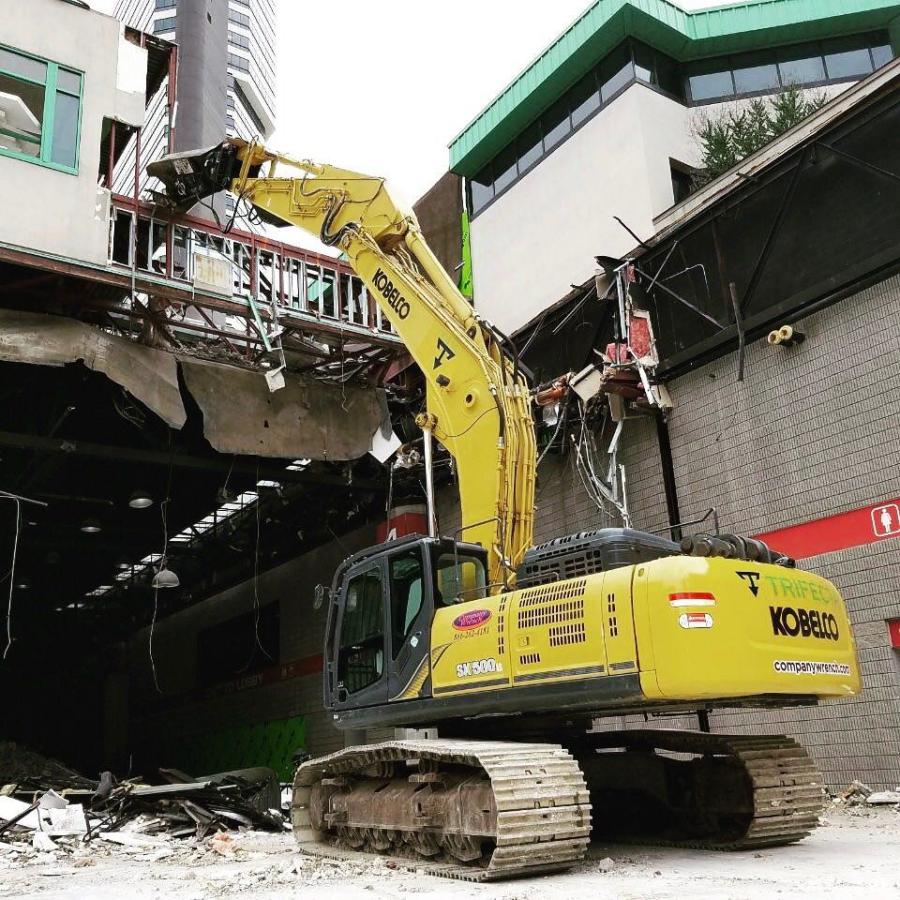 Trifecta's largest project to date was the old Nashville Convention Center — a 1.9-million-dollar project involving approximately 240,000 sq. ft. of building. This two-phased project has so-far required the use of a Labounty MSD2000R and Stanley MBX608 hammer, both of which Trifecta purchased from Company Wrench.

“This first phase of the Convention Center — the Exhibit Hall — actually had 140,000 square feet under roof but it sat with these big truss girders that were on 90 foot centers. You had a 90-foot span on this truss that wrapped around 24 columns tying this all together.

“You have 24 columns, basically, 8,100 square feet between each one of these columns and it sat on the corner of Fifth and Broadway, which if anyone has been to Nashville, Fifth and Broadway starts their downtown area with their honky tonk bars and right across the street from Bridgestone Arena; we sat right on the curb so, it was a bit challenging.

“The streets had to be shut down, lane closures were required, there was a tower point on the Convention Center that was 142 feet tall, and we had to bring that piece back into the footprint of the Convention Center without spilling any of the glass that ran all the way up the side into the sidewalk or street. So that project was challenging from a technical standpoint but also a schedule standpoint. The schedule was tight. We had six machines on the project at one point; a couple from Company Wrench, a couple of our own machines, a winning combination that allowed us to be efficient, safe and maintain schedule.”

Taking Down a Steel Mill

Over the three years that Trifecta has been in business, the company also has purchased and/or rented numerous other pieces of equipment from Company Wrench, including a Kobelco SK500 with a LaBounty MSD4000R shear that is currently at work on a large project for AK Steel.

The project, which will incorporate three different methodologies, according to Lee, is complicated by the fact that AK Steel is still operational.

“One component involved crane and rigging. Trifecta brought in a 500-ton hydraulic crane and picking down the tail section of the Orebridge that is still elevated, approximately 90 feet of it. The others section were brought down with an additional three picks.”

“Once it was lowered to the ground, we placed shaped charges on the remaining section of the Orebridge that it was suspended to. Once on the ground it becomes scrap, clean up processing job commences, and the material is cut down to recyclable size, 4-foot minus, where AK Steel can then smelt it and use it for future products,” Lee said.

“Company Wrench is a great asset because there are a lot of equipment dealers out there that will rent you an excavator,” he said. “They can rent you a bucket and thumb, but when it comes to the hydraulic attachments, there are few and far in between that specialize in the demolition industry.

“Company Wrench has really done their homework. They back it up with the engineering and the relationships they have with dealerships figuring out how to make the piece of equipment adaptable and durable for the demolition industry.

“Demolition is tough on equipment. It is tough on these attachments, so having something that will hold up for more than one job and getting your money's worth out of these attachments, that is an important part of having a relationship. Company Wrench has the full line of services to be able to service the equipment, service the attachments, wherever you are in the United States. For us, we are based out of Charlotte, but we are headed to Dearborn, Michigan, and we have done work in Rockdale, Texas. We have done work in Indiana. We do work throughout the Carolinas, Tennessee, Georgia, West Virginia, southern Virginia, we are all over the place and wherever we are, Company Wrench can get to us.”