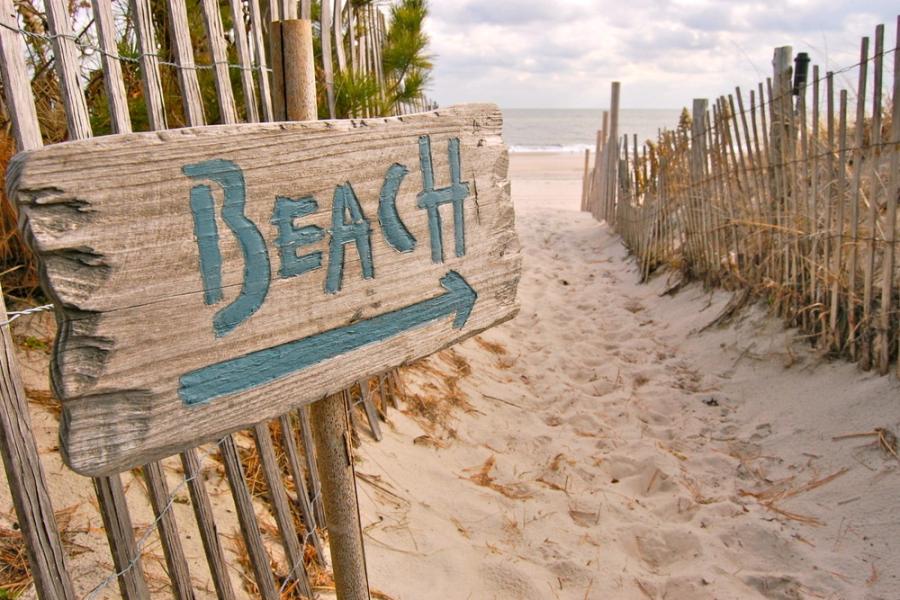 Nothing is quite like the anticipation beach lovers experience when driving to the shore: the thought of seagulls swooping into view, the vibrant crab shacks, and surf shops and, of course, the familiar signs welcoming visitors as they near Delaware's resort towns.

But that buildup can sometimes feel like a cruel taunt when motorists inevitably hit congested beach traffic, and the last thing they want is construction to slow them down even more.

Luckily, though, some of the construction affecting Delaware's major highways has already wrapped up, like the repairs to the Broadkill River bridge on U.S. Highway 1, which no longer requires lane shifts on the northbound or southbound sides.

But that does not mean this summer will be construction-free.

While the Delaware Department of Transportation (DelDOT) aims to disrupt the busiest beach routes as little as possible, construction crews will still be working on a few projects throughout Sussex County, according to C.R. McLeod, a spokesperson of the state agency.

The Delaware News Journal, based in New Castle, reported May 23 that before taking to the highways for the county's Atlantic beaches, drivers should first take note of three road projects happening this summer.

Anyone traveling to the beach via U.S. 113 will notice some construction south of Georgetown.

The first phase of the Park Avenue project has just gotten under way and is scheduled to last until spring 2024. The work starts at U.S. 113 and continues along the existing Arrow Safety Road.

A $14.4 million project, it also will add a roundabout at South Bedford Street and Arrow Safety Road, according to DelDOT. The new fourth leg of the intersection will extend all the way to the existing Park Avenue, also known as the U.S. 9 Truck Bypass.

Other improvements along the roadway will include an acceleration lane on northbound U.S. 113 from the Arrow Safety Road intersection, as well as a new railroad crossing.

One of the most popular beach routes, Coastal Highway/U.S. 1 will undergo a major construction project at the Del. 16/Broadkill Road intersection near Milton.

Beginning at the end of June, crews will begin the work necessary to upgrade the signaled intersection into one that is grade-separated. The work site is near The Rookery Golf Course.

This longtime-awaited project will cost the state $23.2 million, and construction is expected to last until late 2025. By installing the grade separation to the intersection, state transportation officials hope to improve safety and reduce the number of crashes that have occurred over the years at the crossroads.

Throughout the late spring, large digital signs have been warning motorists and trucks of delays due to construction on Del. 24 heading east to the beach, the News Journal noted.

Crews have been working on improvements to the intersections at Mount Joy Road and Bay Farm Road, both east of Millsboro.

The nearly $10 million project includes pavement widening to add or extend right- and left-turn lanes at both intersections. The effort also is planned to install bike lanes, bus stops, sidewalks and pedestrian connections within the project zone.

Construction began in March 2022 and is slated to continue until spring 2023.