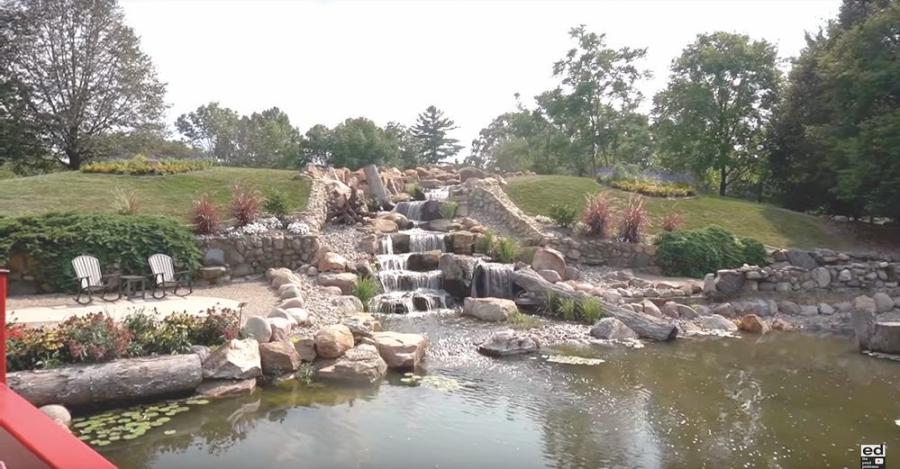 To reduce the load on the pumps, a series of 46 AquaBlox (recycled plastic water storage modules) covered in river stone were installed in a sump area in front of the intake slot of the vault, creating a highly efficient prefilter.

After almost half a century of delighting visitors at a forest preserve in Illinois, a large man-made pond that is the centerpiece of the Mabery Gelvin Botanical Gardens was showing signs of age. Since the one-acre pond's construction in 1974, decades of sedimentation had finally taken their toll, resulting in the loss of up to 4 in. of water a day.

Aquascape Construction began working on a renovation of the pond in November 2018, and one of its first tasks was the removal of almost 6 million lbs. of silt. 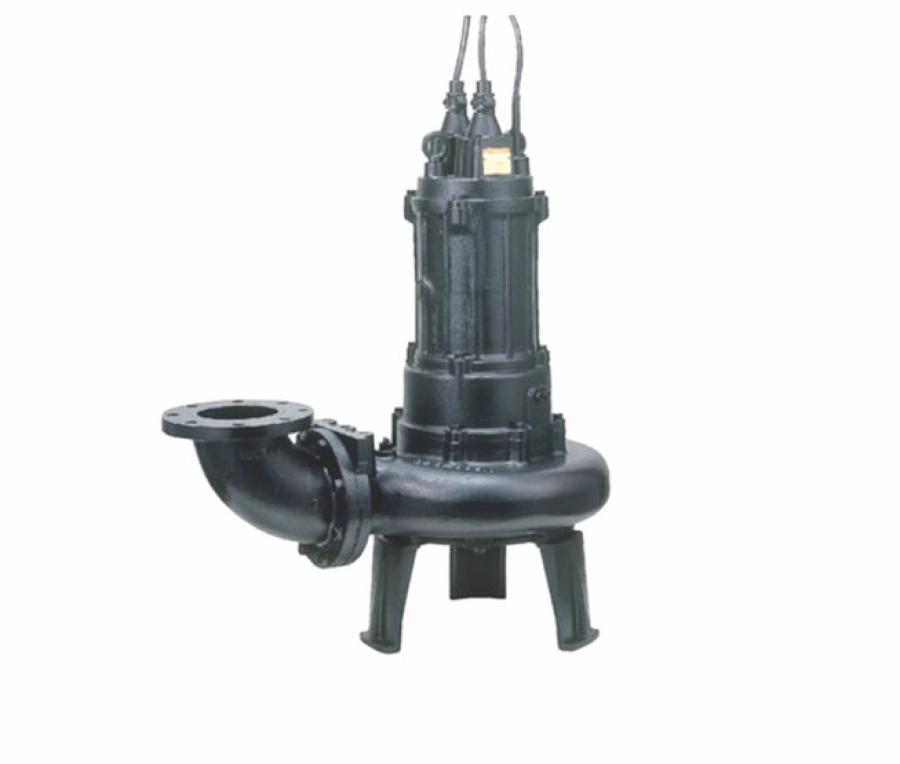 The main cause of that sedimentation had been the build-up of leaf debris from the surrounding forest and erosion from the adjacent garden beds. Aquascape reshaped the pond and lined it with a large, reinforced polypropylene liner. It now incorporates a new intake bay from where leaves can be redirected to a catchment area and skimmed off before they sink and decompose. The company then placed two massive Tsurumi B Series submersible pumps inside a 1,500-gal. concrete vault at the intake area.

"The great thing about these pumps is that they can handle a lot of solid material, but we want to try to keep the pond as clean as possible because that helps to reduce maintenance and increase efficiency within the biological filter," said Ed Beaulieu, Aquascape's VP of field research and contractor development. "Essentially, we've built a whole new ecosystem, with the Tsurumi pumps being the crucial part of it."

To reduce the load on the pumps, a series of 46 AquaBlox (recycled plastic water storage modules) covered in river stone were installed in a sump area in front of the intake slot of the vault, creating a highly efficient prefilter.

The 5 hp pump in that vault then directs a water flow of up to 500 gal./min. through a series of pipes towards a wetland filter on the opposite edge of the pond. This added biological filter further reduces the workload on the pumps and helps to control water quality. The wetland filter uses Aquascape's Snorkle Vault and Centipede Module technology combined with an additional 182 AquaBlox to slow incoming water velocity, which allows the sedimentation process to occur. Approximately 15,000 gal. per hour circulates through the system, ensuring a healthy aquatic environment.

The vault's 5 hp pump is capable of discharging up to 800 gal./min. into a 60 ft. cascading waterfall that Aquascape redesigned for the project.

"A waterfall that dumps into a two-feet-deep pool just creates a lot of turbulence," Beaulieu said. "Now it's only six to eight inches deep, so it can escape as quickly as possible, creating a big push of water and maintaining oxygenation."

With approximately 100,000 gal. of water flowing into the pump vault each hour, the entire volume of the pond is therefore recirculated every three and a half hours or so. For Beaulieu, the Tsurumi B Series was the obvious choice for such a demanding task.

"These are awesome pumps — and we should know; we've been using them for 20 years," he said. "These things are bomb-proof, ideal for this application and can handle a huge amount of water."

Top Performance On Any Application 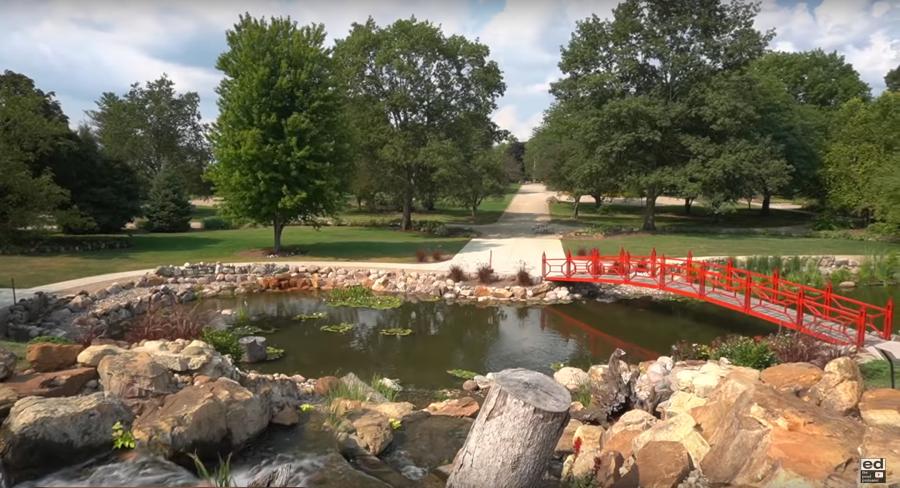 With multiple impeller types for maximum flexibility and a 2- to 8-in. discharge size, they are frequently used in municipal water supply stations and sewage treatment plants for pumping water, sewage and digested sludge. In industry, these pumps are highly sought after for efficiently controlling cooling water, process and wastewater and abrasive materials, according to the company.

Mabery Gelvin Botanical Gardens is part of the Lake of the Woods Forest Preserve in the Village of Mahomet, about 140 mi. southwest of Chicago. Having recaptured its youthful glow at the conclusion of the project in September 2020, the pond has once again become a popular site for wedding photographs and a vibrant nature reserve for the local wildlife.

Situated in a rolling wooded area, the preserve occupies almost 900 acres along the corridor of the Sangamon River. In addition to the Mabery Gelvin Botanical Gardens, its attractions include the Museum of the Grand Prairie and Lake of the Woods Golf Course.

The pond renovation project was completed in conjunction with the Champaign County Forest Preserve and is featured on the Team Aquascape YouTube channel.