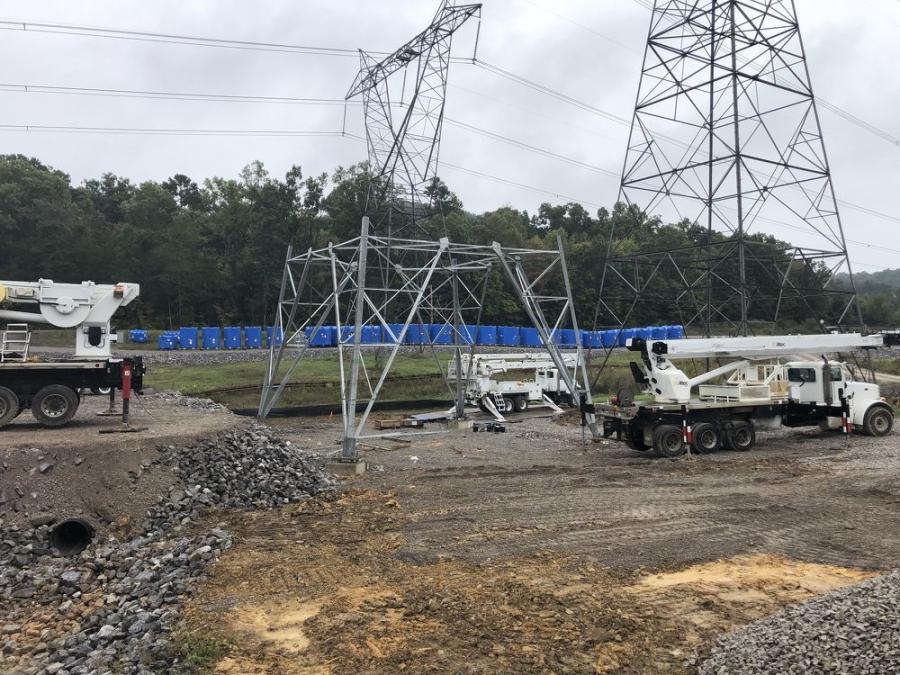 "TVA is helping the local area and surrounding region by ensuring we continue to provide a reliable and robust power supply to support current and future economic development," said Eric Murrell, senior project manager, TVA Transmission Project Services. "It also means that folks have a job to go to, so they can support their families." 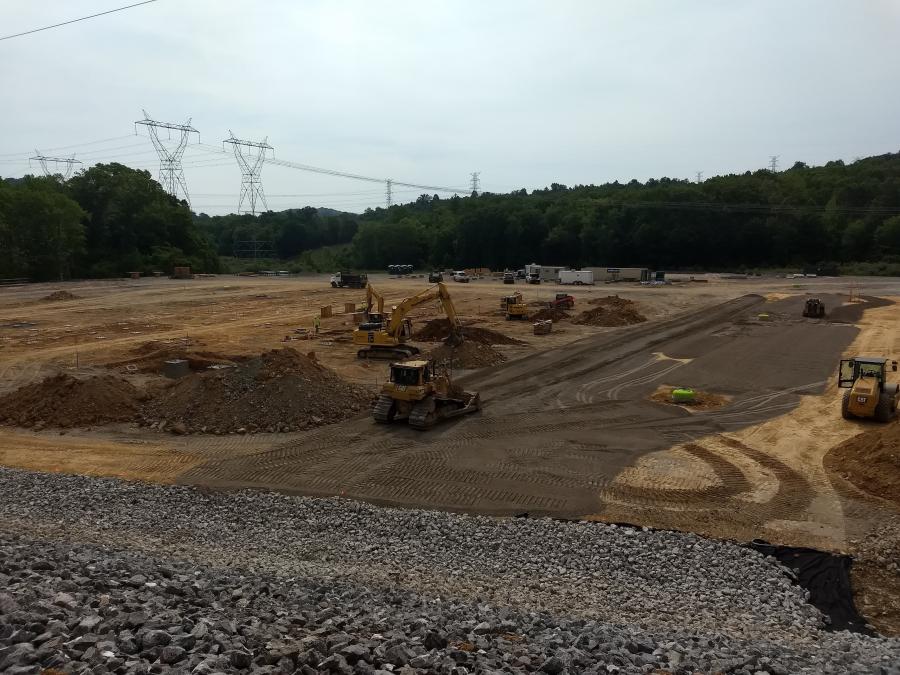 The site for the new substation is located west of Melton Hill Reservoir, across from the Bull Run Plant property, and south of Edgemoor Road, where 123.2 acres are managed by TVA's River and Resources Stewardship organization. About 50 acres will now be managed by the Transmission & Power Supply organization.

According to Murrell, substation site prep was planned to start in the summer of 2020, but didn't actually begin until the fall.

"It took time completing the necessary environmental reviews needed to relocate a stream, as well as a double circuit line relocated that ran across the middle of the site. The project in-service date is planned for September 2023."

The new Anderson substation is being built alongside a heavily travelled road that's one of the main routes in Oak Ridge and the Department of Energy/Y-12 National Security Complex area.

"This was a concern that was brought up by the city of Oak Ridge, as well as the TVA and its site prep construction partner Wright Brothers. During the site prep, there were many factors to consider regarding how and where unsuitable dirt was going to go and where suitable fill would come from. We developed plans for the dirt hauling that included signage on the road to alert the traffic of the construction zone, as well as developed the haul plan to avoid the most congested times of day.

"We believe in being a good neighbor and used sweepers and rumble strips," said Murrell. "Blasting activities were confined to the middle of the day to avoid the more congested times, since the traffic was stopped when the charge was lit. Now that the site prep and foundation work is over, the traffic issues are not a major concern."

Barnhart Crane and Rigging Co. was selected for work on the project, along with LE Myers, which is responsible for foundations and other miscellaneous support during substation construction and transmission line relocation.

Murrell noted that environmental studies were required before work began.

Murrell said most of the feedback regarding the substation construction has centered on the number of drivers on the road. 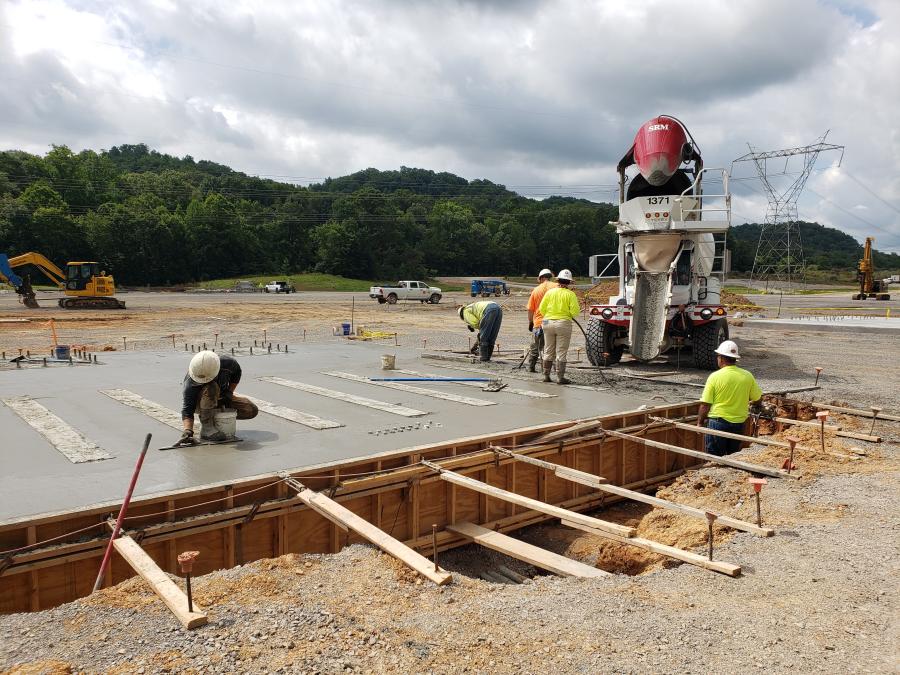 "The community was concerned about the amount of truck traffic that it might have to deal with along Edgemoor Road. We listened and developed a solid traffic plan to maximize safety and minimize the impact to the public who are traveling in the area.

"There also were some concerns regarding the aesthetics of the substation, due to its proximity to a walking trail. TVA plans to plant low growth shrubbery/evergreens to help screen the substation. Other than a few questions that came up during the blasting phase, it's been quiet."

Crews had planned to relocate two 161-kV transmission lines in late May/early June of 2020, but could not proceed, because of issues the outages caused on a neighboring system to the north of TVA.

"The transmission lines were on double circuit towers and in order to do the relocation, both lines had to be out at the same time which was part of the issue. TVA was finally able to get the outage it needed in the early fall of 2020 to complete the relocation. Once the transmission line was relocated, we were finally able to get started with the site prep. The foundation work began in April 2021."

The project has and will continue to require coordination with multiple groups and companies.

"Those involved are committed to ensuring the safety and quality of the work," said Murrell. "This project must be placed in service before the Bull Run Fossil Plant is retired, which has a hard date of December 2023. To date, TVA and its construction partners have overcome early delays by developing new plans to parallel and expedite work without compromising safety."

In addition, the geology had many different materials to work with and margins of limestone to be blasted. The normal duration for a project of this size is six to seven months, and foundations were scheduled to start three to four months after grading began. Work of this type is never done in the winter, but crews managed to do so, requiring special techniques and processes.

"The natural soil conditions at the site were not suitable for construction, but removing the bad soil and importing suitable fill would have had a severe impact on traffic for Edgemoor Road," said Murrell.

"The amount of soil to be removed and replaced was staggering. It would have required approximately 100 dump trucks per day, for 60 days to remove the soil, and roughly the same amount to bring in suitable fill.

"TVA engineering was able to incorporate another option that involved treating the soil in place and making it more suitable for construction. The decision to use the lime conditioning process was a huge factor in maintaining the schedule."

Also, TVA is a dual peaking system, which means workers have small windows in the spring and fall to get equipment or transmission lines out of service in order to carry out maintenance and project work. TVA also must coordinate fiber outages, which is a challenge, due to customers who may be leasing a fiber path on TVA's network.

The elements were another challenge during the site prep, and will continue to be a concern due to the weather extremes the south can experience. Major storm damage on not only the TVA system, but also neighboring systems, could impact the progress of the project.

Safety also is a concern.

"On a project of this nature, there is more time and opportunities for something to go wrong if the proper procedures are not followed and proper focus is not maintained," said Murrell. "A project of this nature has the dance of heavy equipment, complex rigging for erecting steel and plenty of overhead work that present dangers if the proper precautions are not taken."

The work currently in progress involves installing the ground grid, setting equipment and structures and modifying the 500-kV transmission lines in order to make the termination to the 500-kV pulloff structure. Work also is taking place at TVA's wire shop, where the switch house for Anderson is being wired along with a new one that will be installed in the switchyard at the Bull Run site. 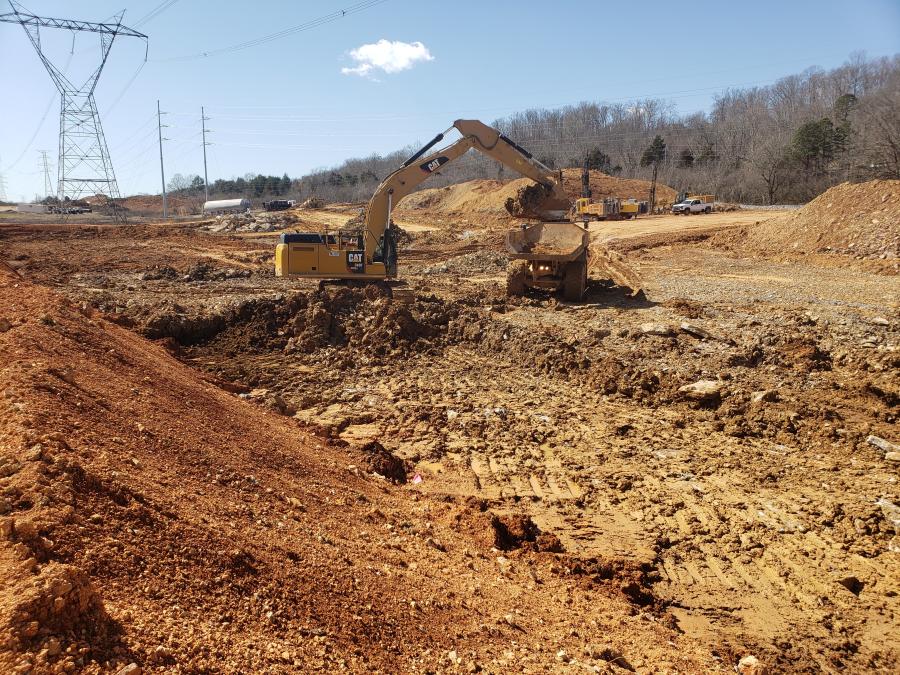 Regarding excavation work, "We encountered three types of shale and four different types of soil requiring different techniques to process and utilize for fill. There also was limestone that was blasted and used as fill as well. Approximately 120,000 cu. yds. of dirt was moved onto TVA's adjacent property, treated to make it suitable for construction and placed back onto the construction site."

Murrell explained that planning for the project started in 2018.

"There's been a lot of input to develop the scope and schedule for this project. However, no matter how well you develop your plans, they will change. And the challenge moving forward is to be dynamic and proactive and be transparent on the issues that come up. Communication is always the key element of success. This project team understands that, and realizes that inclusion, not exclusion, is the path to success."

He added, "Our construction partners and field support staff did an outstanding job ensuring the groups were on task and choreographed such that they did not interfere with each other's work during the site work and foundation construction. Our civil design group provided great technical support and helped us overcome a lot of obstacles. Our construction partners worked an expedited schedule to help make up time for previous delays with no incidents. We're very proud that there were no impacts or issues with our work and to the public." CEG