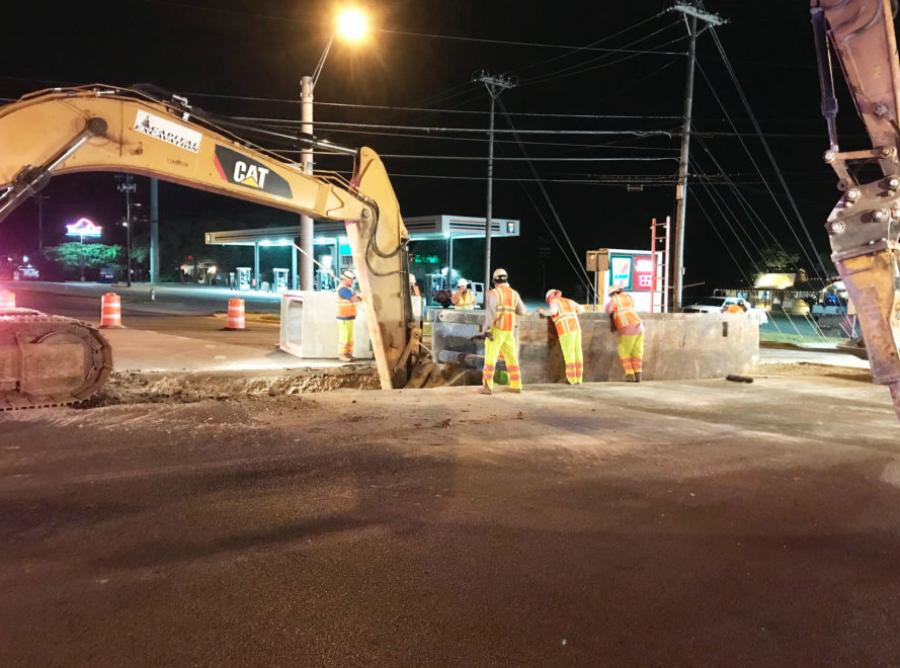 TxDOT was joined by state and local elected officials to cut the ribbon on the RM 2222 Widening project in northwest Austin, constructed by Capital Excavation Company.

"With the widening of RM 2222, we're already seeing improvement in traffic flow," Austin District Engineer Tucker Ferguson said. "The full benefits of this innovative approach to addressing congestion will be realized once the RM 620 bypass road is complete." 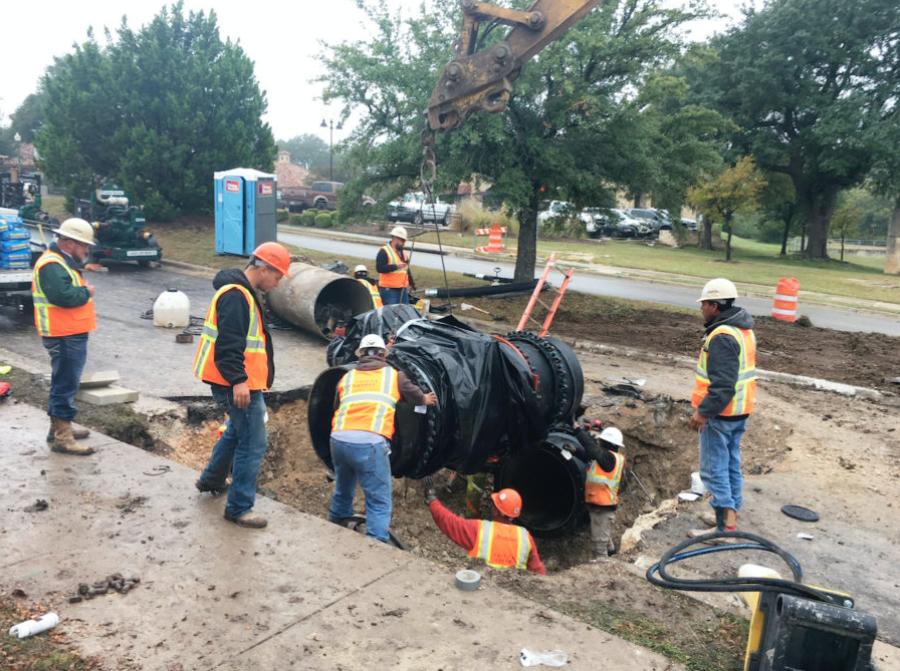 The RM 2222 Widening project included the addition of an eastbound travel lane between the newly constructed RM 620 bypass road and Sitio Del Rio Boulevard, as well as a westbound travel lane from Ribelin Ranch Drive through River Place Boulevard. Raised center medians with turn bays were constructed along RM 2222, along with dedicated turn lanes for RM 2222 on McNeil Drive and River Place Boulevard. Sidewalks were constructed on both sides of RM 2222 along the corridor.

State Rep. Vikki Goodwin, Austin City Council Member Alison Alter, Council Member Mackenzie Kelly and others were on hand for the ribbon cutting. The city of Austin teamed with TxDOT to pay for utility relocation and right-of-way acquisition.

Construction of the $24.3 million project began in December 2018 and was complete in October 2021.

Separately, the RM 620 bypass road opened to northbound traffic in August. The full bypass is expected to be open by early next year.

TxDOT was joined by officials from Hays County, the city of San Marcos and the Capital Area Metropolitan Planning Organization for a ribbon cutting ceremony to mark the completion of the I-35 at Posey Road project, completed by Webber LLC.

"We celebrate TxDOT's continued partnership with Hays County and the city of San Marcos," said Ferguson. "It is through the hard work and dedication of this team that we were able to enhance the safety and mobility of I-35 for years to come."

This $31.7 million project reconfigured the I-35 mainlanes over Posey Road, added U-turn lanes in each direction and turn lanes at the northbound and southbound I-35 frontage road, reversed six entrance and exit ramps and enhanced pedestrian and bicycle paths throughout the corridor.

"Hays County is Texas' fastest growing county, and with that growth comes congestion," said Hays County Judge Ruben Becerra. "I'm happy to be a part of this project's completion."

This project is part of the Hays County-TxDOT Partnership Program, which matches local dollars with federal funds for highway improvements. "This has been a very smooth project and really well run," remarked Hays County Commissioner Lon Shell. "It is nice to see it open."

As part of the project, frontage roads were converted to one way and additional travel lanes were added at the intersection.

"This project helps address the bottlenecks that we had here," said San Marcos Mayor Jane Hughson. "It's wonderful to see the jug-handle ramps gone."

The original Posey Road configuration featured a bridge over I-35 that was difficult for large trucks to use due to the tight turning radius onto the bridge. TxDOT constructed a new bridge to put the I-35 mainlanes over Posey Road, which enhances traffic safety along the frontage roads and at the intersection.