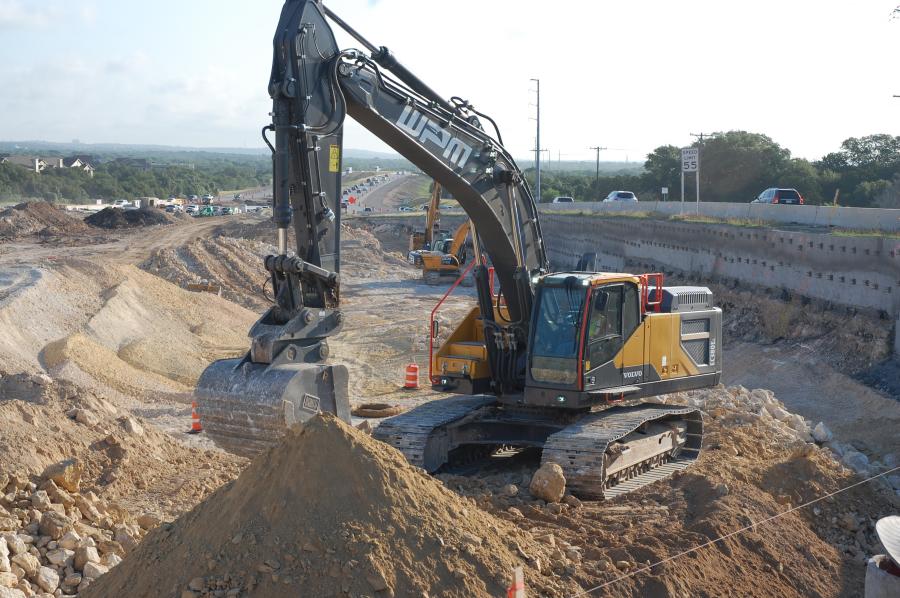 In Austin, Texas, work continues on a $53.5 million project that will enhance safety for motorists, decrease wait times at intersections and reduce overall travel time. The Texas Department of Transportation (TxDOT) is constructing improvements along Loop 1 (MoPac) near the Slaughter Lane and La Crosse Avenue intersections.

"Southwest Austin continues to grow, and that means more vehicles on the roadways," said TxDOT spokesman Bradley Wheelis. "Last year, there were more than 45,000 vehicles traveling on MoPac at Slaughter every day. The new mainlanes will allow motorists on MoPac to avoid traffic signals at Slaughter Lane and La Crosse Avenue, keeping traffic flowing on MoPac."

The section of MoPac from Slaughter Lane to La Crosse Avenue in southwest Austin was originally constructed in the early 1990s. Traffic congestion at these intersections has increased dramatically over the past quarter-century, creating operational problems and causing travel delays. Morning and evening rush-hour commuters frequently must wait through several traffic signal cycles in order to make left turns. 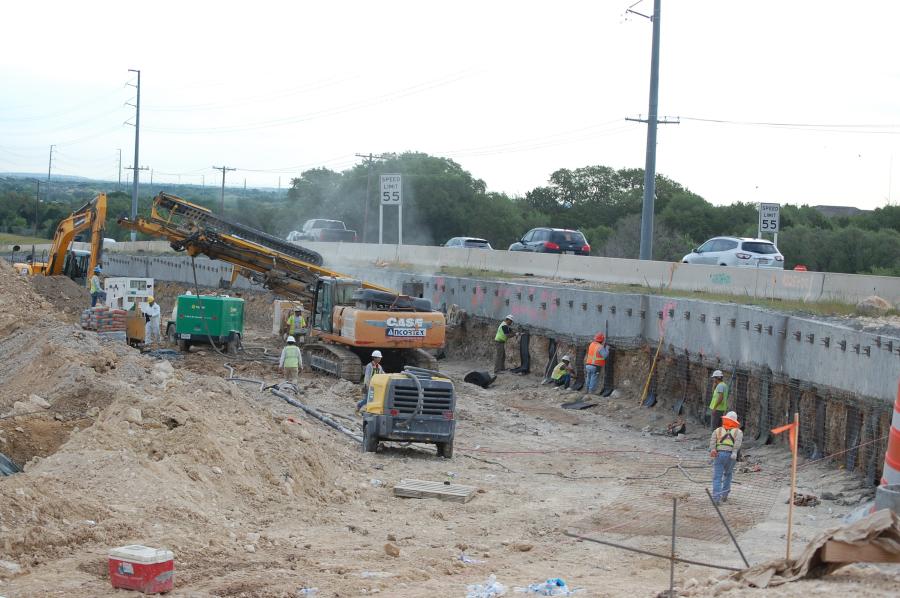 Construction began in January 2018 and is expected to be completed in early 2021. Webber LLC serves as the contractor for the project, which is being funded by TxDOT.

The work is being carried out in phases. The first phase included clearing the right-of-way and constructing temporary pavement for traffic detours, as well as beginning construction of the new mainlanes and ramps, widening the Slaughter Lane intersection and constructing the bridge and building detention ponds and the drainage system.

Wheelis acknowledged that the work is having an impact on motorists, but said every effort has been made to ease any inconveniences.

"Construction can be tough on everyone. Steps are taken to minimize the amount of work, and the number of lane closures during peak hours, with as much work as possible being done at night. Lane closure information is made available to the public to keep drivers updated on what to expect and where to expect it." 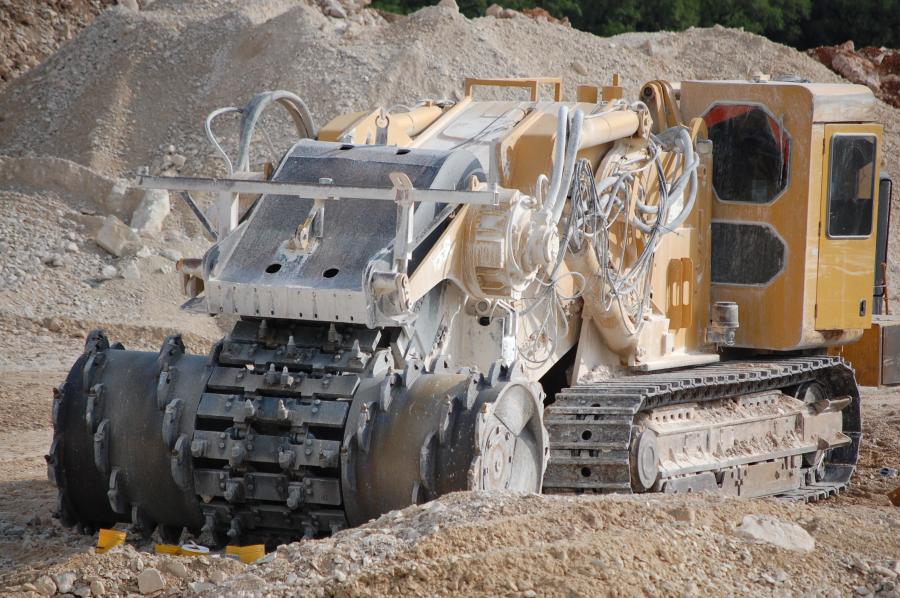 A variety of machinery is being used on the project. Because crews are using heavy equipment that can cause a great deal of noise, the loudest work is scheduled at night, when it has the least impact. On-site sweepers and water trucks help to control dust, and officials are continuously monitoring to make certain vibrations from drilling, concrete hammering and excavating are at a safe level.

Wheelis said the project, once finished, will be worth the wait.

"The project improvements will lessen congestion and move people through the La Crosse Avenue and Slaughter Lane intersections more quickly by putting mainlanes underneath both roadways. The DDI allows for 40 percent more left turns and 50 percent less vehicle-to-vehicle conflict than a traditional diamond intersection, according to the FHWA. In short, folks will spend less time in their vehicles commuting and more time with their family and friends."

As for the biggest challenges on the Slaughter Lane and La Crosse undertaking, said Wheelis, "The material at La Crosse Avenue is some of the hardest on the site. Crews began excavation activities with bulldozers and D11s, then brought in rock-mining machines."

A number of tasks have already been completed on the project, according to Wheelis.

"Slaughter Lane now crosses over MoPac and operates as a DDI, improving safety and mobility for all who travel through the area. Crews have also constructed new mainlanes that travel underneath Slaughter Lane."

A DDI lessens congestion by allowing vehicles to travel more quickly through an intersection. As noted on TxDOT's website, a DDI increases the flow by temporarily shifting traffic to the left side of the road, allowing through-traffic and left-turning traffic to proceed through the intersection at the same time. This eliminates the need for left-turn arrows. The intersection design increases safety by reducing the number of potential conflict points between cross-traffic and left-turn movements. 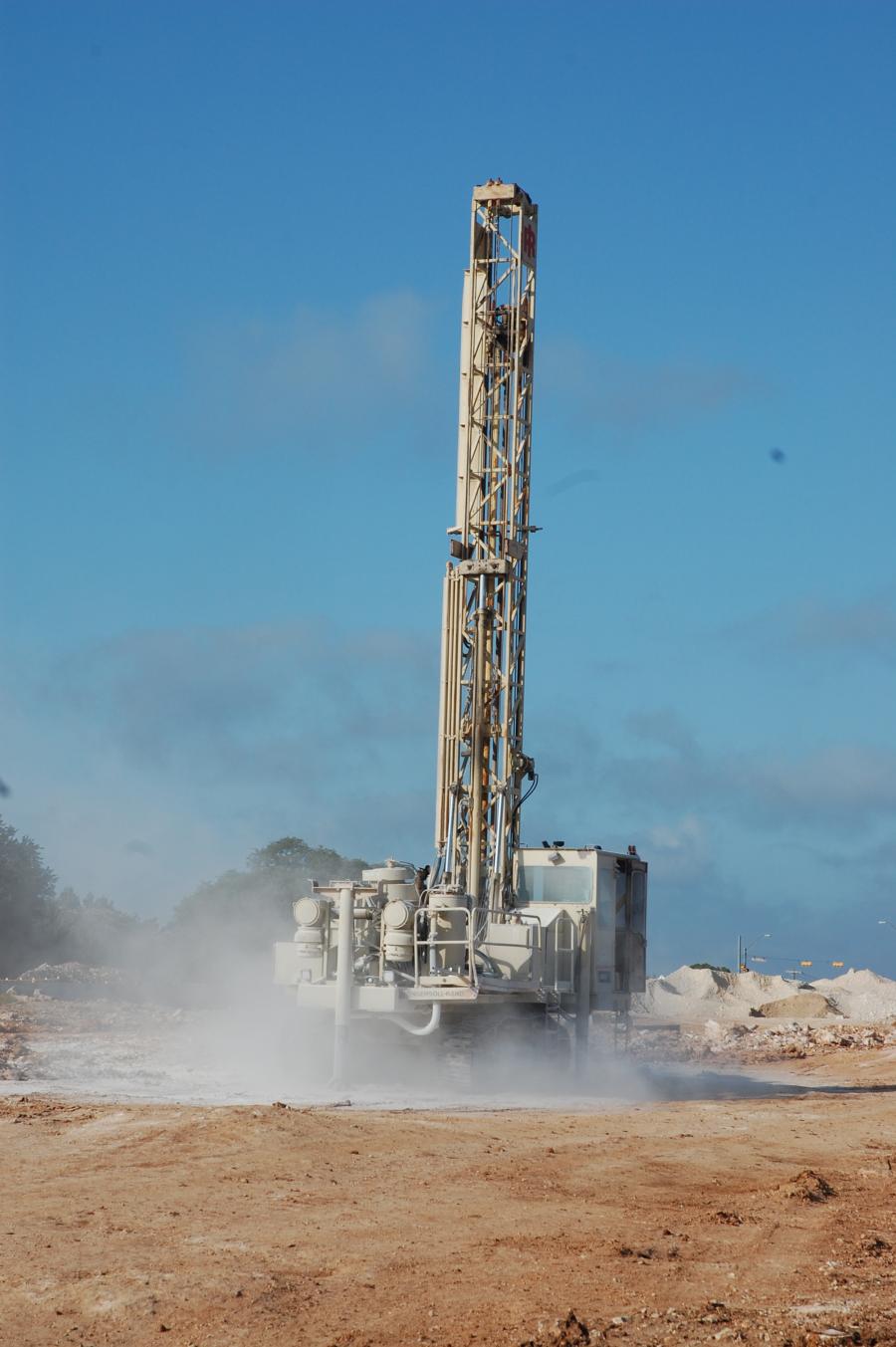 According to Wheelis, the most time-consuming part of the job involves excavation, because of the material involved at the La Crosse intersection. A total of 750,000 cu. yds. of excavation and 38,000 cu. yds. of embankment will be moved during construction.

As with many construction efforts, the project has not been without its share of obstacles. Earlier this year, in the ground along the freeway, crews discovered numerous fissures and holes that help recharge the Edwards Aquifer and Barton Springs. The more than 70 karst features, related to limestone in the ground, reportedly required TxDOT to redesign the La Crosse Avenue bridge over MoPac (Loop 1); however, Wheelis said work remains on schedule.

"Crews are still on track to complete the La Crosse Avenue bridge by spring 2020. The team continues to coordinate with the Texas Commission on Environmental Quality on mitigation plans for environmental features, as work progresses."

"This project is important to the people who live in south Austin," said Wheelis. "Once complete, these improvements will enhance the quality of life as drivers spend less time in traffic at the MoPac intersections." CEG