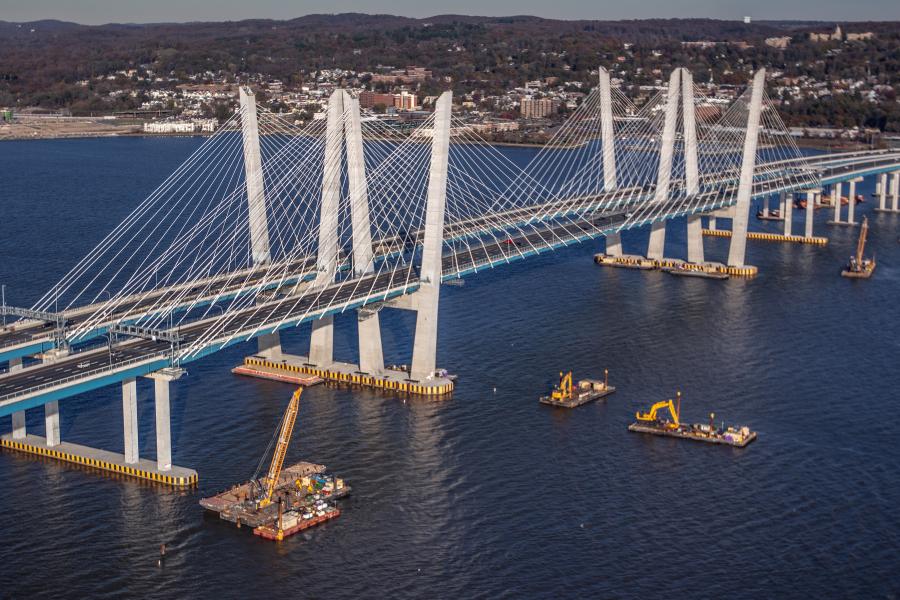 The $3.98 billion Governor Mario M. Cuomo Bridge is one of the largest single design-build contracts for a transportation project in the United States. Located less than 20 miles north of New York City, the cable-stayed span crosses one of the widest parts of the river and is the longest bridge in New York State. (New York State Thruway Authority photo)

According to the lawsuit, which was filed with the Albany (N.Y.) County Clerk on Nov. 19, the petitioners requested documents pursuant to the Public Officers Law (the Freedom of Information Law or FOIL) more than 18 months ago.

"The respondent has had more than a reasonable amount of time to locate and produce the requested documents and has never asserted a specific objection to petitioners' request," the lawsuit reads.

It states that the records are necessary for petitioners to fully present certain claims that TZC has asserted against NYSTA arising out of the construction project known as the Governor Mario M. Cuomo Bridge, formally the Tappan Zee Hudson River Crossing Project.

"NYSTA has intentionally delayed producing the requested records to frustrate TZC's ability to advance claims that it has made against respondent and is attempting to resolve pursuant to the contract's dispute resolution provisions," the lawsuit reads.

The request for specific records relating to the project was made on April 12, 2018, and TZC asserts that NYSTA continued to extend the time to respond, then produced some documents in partial response on Jan. 25, 2019, and documents were partially redacted. 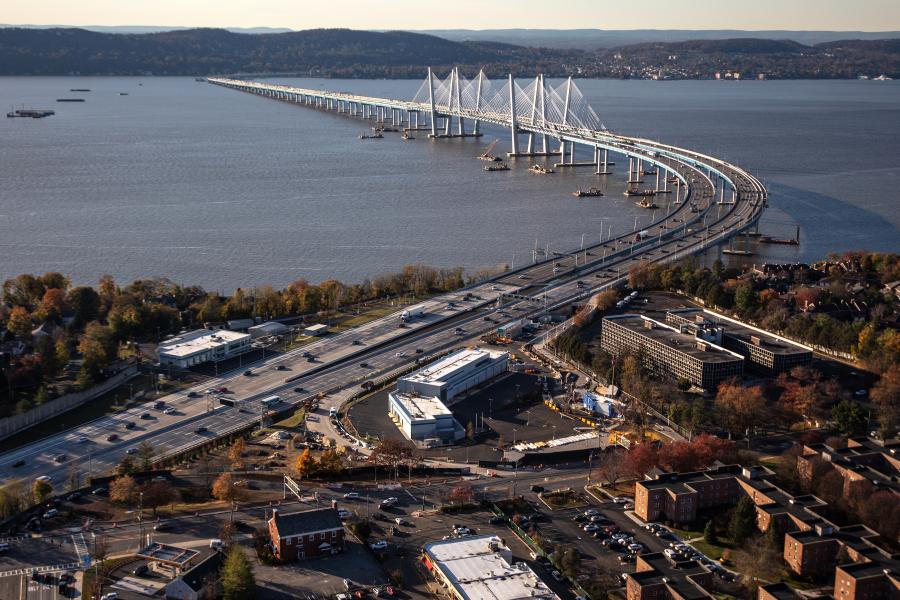 The lawsuit further states that TZC has submitted claims against NYSTA for approximately $900 million in increased costs of construction arising out of the project, and that the "requested documents that are in the possession of the respondent are important to the fair and timely resolution of these claims."

TZC asserts that NYSTA did not provide initial documents for almost one year, and when it did, the documents were redacted and a small fraction of what had been requested.

TZC asked the court to issue an order and judgment directing NYSTA to "produce all documents responsive to the remaining requests within 20 days or such other time that the court deems just."

A statement was issued by a NYSTA spokesperson in response to the lawsuit.

"The project remains within its $3.98 billion budget and the claim filed by the contractor is obviously nothing more than an ineffective negotiating tactic," he said.

NYSTA has reportedly released five separate sets of responsive records and the review of documents is ongoing. The review of the documents is deemed necessary to search for privileged materials, trade secrets and security-related information.

The bridge project involved the replacement of the old bridge with a new 3.1-mile twin-span bridge across the Hudson River between Rockland and Westchester counties.

The $3.98 billion Governor Mario M. Cuomo Bridge is one of the largest single design-build contracts for a transportation project in the United States. Located less than 20 miles north of New York City, the cable-stayed span crosses one of the widest parts of the river and is the longest bridge in New York State.

Currently, NYSTA reports that the Westchester-bound span is fully open to traffic and features four general traffic lanes, emergency shoulders and a dedicated bus lane. Four traffic lanes are also operational on the Rockland-bound span, while construction continues on the bicycle/walking path.