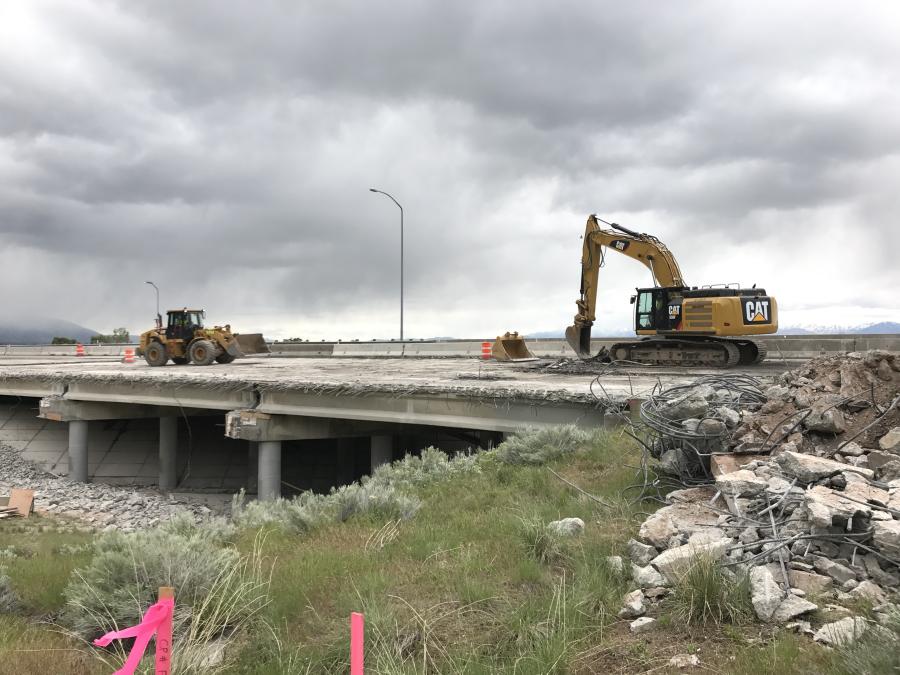 In Parleys Canyon, a $30 million project will widen I-80 to add a new westbound lane for trucks from Jeremy Ranch to Parleys Summit. (UDOT photo)

The Utah Department of Transportation (UDOT) recently announced its list of Top 10 construction projects for 2018, which include 188 highway construction projects scheduled across the state with a combined value of $1.46 billion, said spokesman Zach Whitney. The planned improvements range from small sidewalk and street light installations, to the rebuilding of a 12-lane section of urban freeway. Projects within the Top 10 include widening and rebuilding freeways, constructing new interchanges or redesigning existing ones, and repaving and upgrading other local/regional highways.

Topping the list is the reconstruction of the I-15 Technology Corridor between Lehi Main Street and SR 92 (Timpanogos Highway), with preliminary work that began April 2. Early activities on the $450 million project include excavation near the frontage road, temporary widening to restripe lanes, removal of a median barrier and placement of a temporary barrier. More substantial construction activities will begin in mid- to late April. 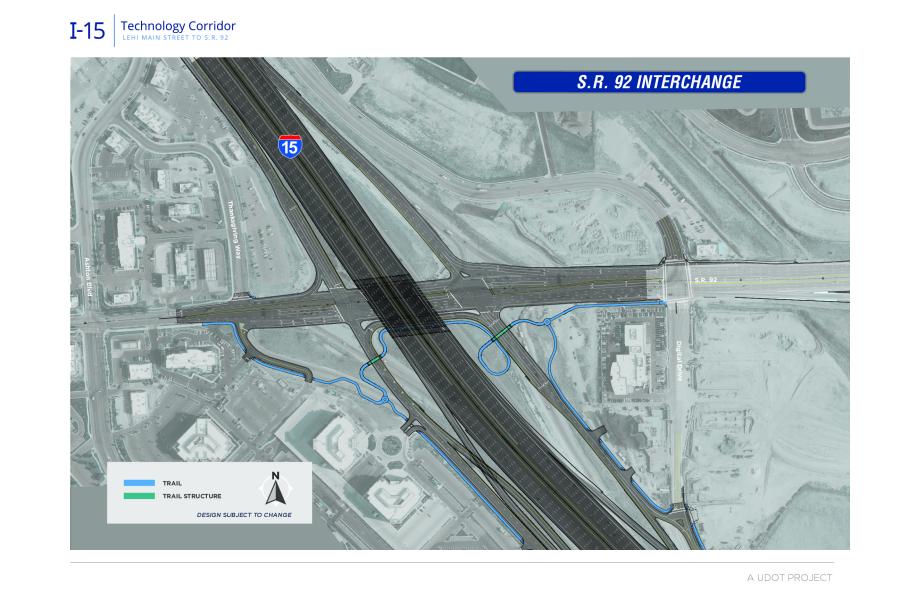 Drivers and nearby residents can expect work to take place overnight, seven days a week, with lane closures on I-15.

Work is planned to be completed in late 2020, with improvements including:

Rounding out the rest of UDOT's top 10 are:

2. I-15 Southbound — A $180 million project will widen I-15 in Salt Lake County by adding a new southbound lane from SR 201 to 12300 South. This project also will redesign some of the southbound ramps at the I-15/I-215 south interchange to improve traffic flow and will widen 7200 South to three lanes from I-15 to Bingham Junction Boulevard in Midvale. Work will begin this spring and is expected to be complete in late 2019.

Funding for the project will come from state funds. Construction is expected to begin spring 2018 and conclude December 2019.

4. I-80/SR 36 Bridge Replacements — In Tooele County, UDOT will replace three bridges on I-80 near the SR 36 interchange: eastbound and westbound I-80 over the Union Pacific railroad tracks, and the SR 36 ramp bridge. The project cost is $30 million. Construction on these bridges will start in late spring and is expected to be complete in summer 2019.

5. Bluff Street — A $51 million project will widen Bluff Street in St. George from 100 South to Sunset Boulevard. Crews will add a lane in each direction and add turn lanes at several intersections. This project started in January and will continue for about 12 months. The project is a four-fold undertaking and will include:

6. I-80 — In Parleys Canyon, a $30 million project will widen I-80 to add a new westbound lane for trucks from Jeremy Ranch to Parleys Summit, and add a new wildlife crossing at the summit. In addition, crews will repave the interstate from Lambs Canyon to Kimball Junction. Construction is under way and is scheduled for completion by the end of the year.

8. Bangerter Highway — As one of Salt Lake Valley's largest north-south corridors, Bangerter Highway moves an average of 58,000 vehicles per day. With continued growth on the west side of the Valley, that number is expected to double by 2040 and without major improvements, delays will increase by four times over the next twenty-five years.

Work continues on the $201 million project to convert four intersections on Bangerter Highway into freeway-style interchanges. New interchanges are under construction at 5400 South, 7000 South, 9000 South, and 11400 South, and are scheduled to be completed by the end of the year.

Currently, Bangerter operates using a series of traffic signals at a majority of its intersections, which has begun causing significant congestion in recent years. This congestion also exists for cross traffic moving east-west. One solution to meet the current and future needs of drivers and the nearby communities is to replace traditional intersections with grade-separated interchanges. Grade-separated interchanges would allow one street to pass over the other. This separation will allow Bangerter to free flow and the cross street to flow more efficiently. By removing traffic signals and creating fewer interruptions, traffic will move more freely and at speeds that are more consistent in all directions.

9. SR 9 — Crews are reconstructing SR 9, the gateway to Zion National Park, through the town of Springdale. The $19 million project calls for workers to remove the old pavement and replace it with new asphalt and add new pedestrian and bike improvements. This project is scheduled to finish before the peak visitor season.

10. SR 108 — UDOT is entering the second year of a $52 million construction project to widen and reconstruct SR 108 from Antelope Drive to 300 North in Davis County. Work on this project will be completed this fall.