The project began in August 2014, and is scheduled to be completed by October 2016. 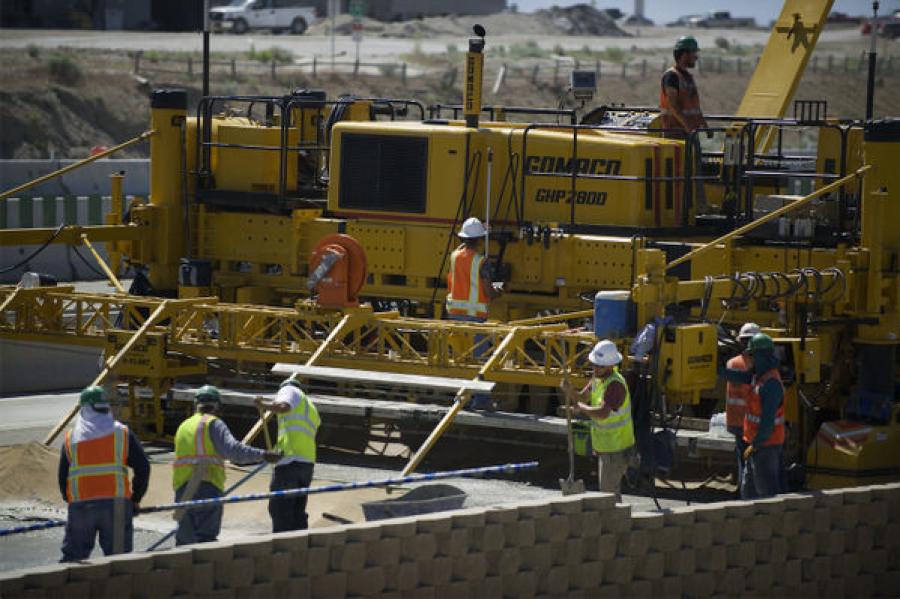 The Utah Department of Transportation (UDOT) is well into a project along I-15 between northern Utah County and Draper that involves rebuilding a 7-mi. (11.26 km) section known as The Point because of its location around the point of a mountain.

The project began in August 2014, and is scheduled to be completed by October 2016, for a full dollar amount of $164,487,224. Funding reportedly comes from the Utah State Transportation Improvement Fund.

According to John Gleason, UDOT public information officer, this project will improve mobility and reduce congestion along I-15 between northern Utah County and Draper. UDOT plans to widen and place new pavement along this stretch of freeway.

The following improvements will be included: expand I-15 to six lanes in each direction from SR 92 to 12300 South; replace the aged concrete pavement with new, durable pavement; replace the bridges and realign the East Frontage Road intersection at the 14600 South interchange in Bluffdale to accommodate future interchange modifications; and enhance the existing traffic management system by installing additional ramp meters, fiber optics and other infrastructure to improve mobility.

“These included building retaining walls, relocating storm drain and other utilities, and installing ATMS and high mast lighting, as well as rebuilding the roadway and barriers. This also required significant coordination with the public to keep them informed of traffic phasing and impacts.”

An interesting feature of the project was the use of a conveyor bridge system known as a Bailey Bridge that allowed concrete to be transported over the travel lanes into the median so that reconstruction could occur there. The conveyor belt reduced the number of construction trucks on the road and kept production moving without impacting traffic.

“The fact that the project was able to maintain the existing number of lanes while reconstructing the roadway in less than two years is a significant accomplishment and makes this project unique,” Gleason noted.

Five lanes of traffic were on new concrete between SR 92 and 14600 South in October 2015, and continued to Bangerter Highway by January 2016.

In addition, the project reconstructed an existing irrigation canal (the East Jordan Canal Company) crossing with a 26 ft. (7.9 m) wide by 9ft. (2.7 m) tall precast box culvert. This work was completed under the I-15 mainline in less than two months to accommodate the Canal Company's schedule.