Authorities want answers fast because thousands of other buildings are affected. 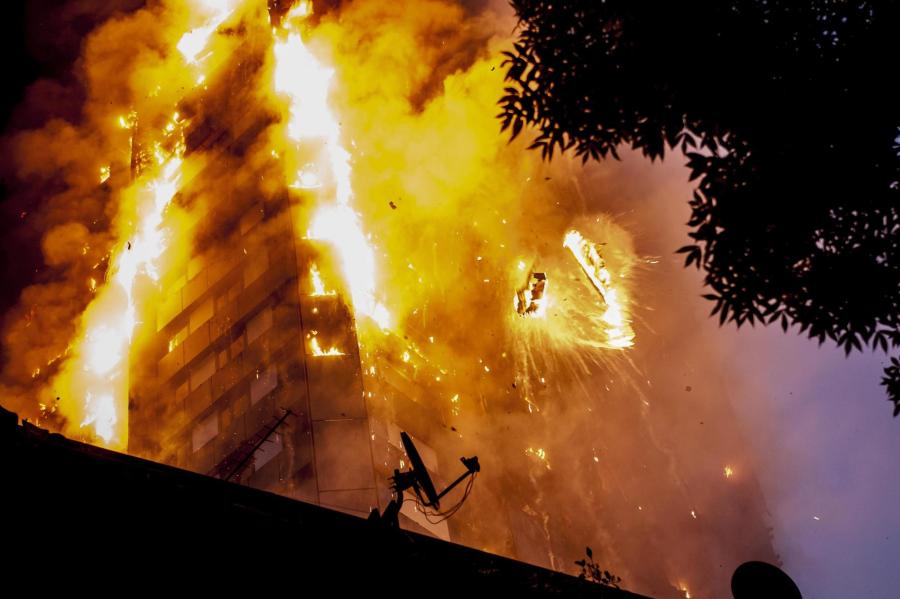 Fire safety experts have expressed shock at how quickly the public housing tower block became engulfed in flames after a blaze began in a refrigerator.

May chose Martin Moore-Bick, a retired court of appeal judge, to head the investigation into the June 14 Grenfell Tower blaze.

“I am determined that there will be justice for all the victims of this terrible tragedy and for their families who have suffered so terribly,' May said.

Fire safety experts have expressed shock at how quickly the public housing tower block became engulfed in flames after a blaze began in a refrigerator. Attention has focused on aluminum cladding installed during recent renovations, and authorities want answers fast because thousands of other buildings are affected.

Hundreds of local government-owned buildings across Britain are being tested to see whether their cladding is fire-resistant. So far, all have failed — 137 buildings in 41 areas.

The 100 percent failure rate has led to claims that fire safety standards in construction have been dangerously flouted or watered down.

David Orr, chief executive of the National Housing Federation, said there was no point continuing the tests because they had produced a “conclusive' result — aluminum composite cladding “simply does not pass these tests and is deemed unsafe.'

Orr said the tests had revealed a “systematic failure' around the development, manufacture and regulation of cladding.

Some Grenfell residents expressed skepticism that a judge-led inquiry would uncover the truth behind the tragedy, but Moore-Bick said his inquiry would be “open, transparent and fair.'

“I understand the desire of local people for justice; justice for them, and for all those involved in whatever way, will best be served by a vigorous inquiry that gets to the truth as quickly as possible," he said.