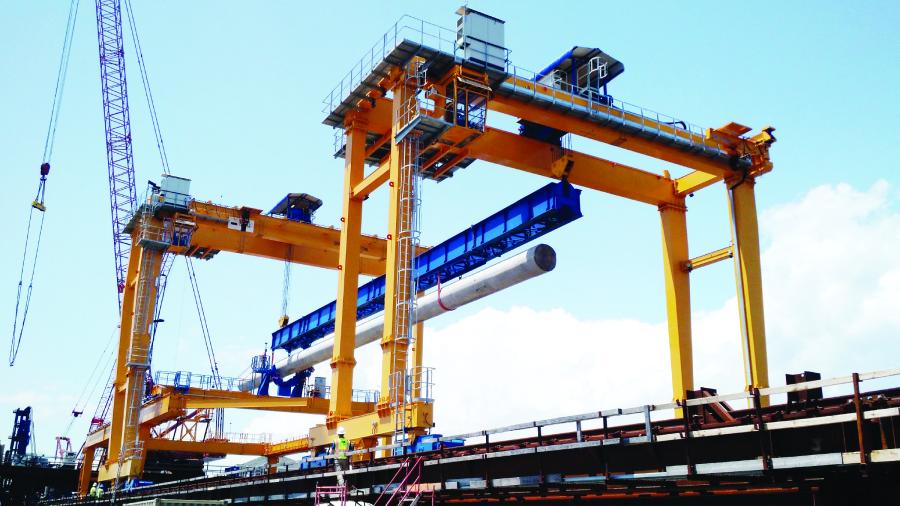 Flatiron Construction, along with design partner RK&K, were awarded the contract to design-build the new $145 million Rodanthe Bridge in January 2017.

Fierce ocean storms, hurricanes and nor'easters have regularly pounded the rail-thin Outer Banks of North Carolina. Cape Hatteras is famous for being the "Graveyard of the Atlantic," a spot on the East Coast notorious for the hundreds of sunken ships sent to the bottom of the ocean floor — some from as far back as the 1500s.

Today, the sole way to travel to Cape Hatteras is via N.C. Highway 12, the Outer Banks' only major roadway, a two-lane connection often at the mercy of shifting sands and ferocious ocean storms. 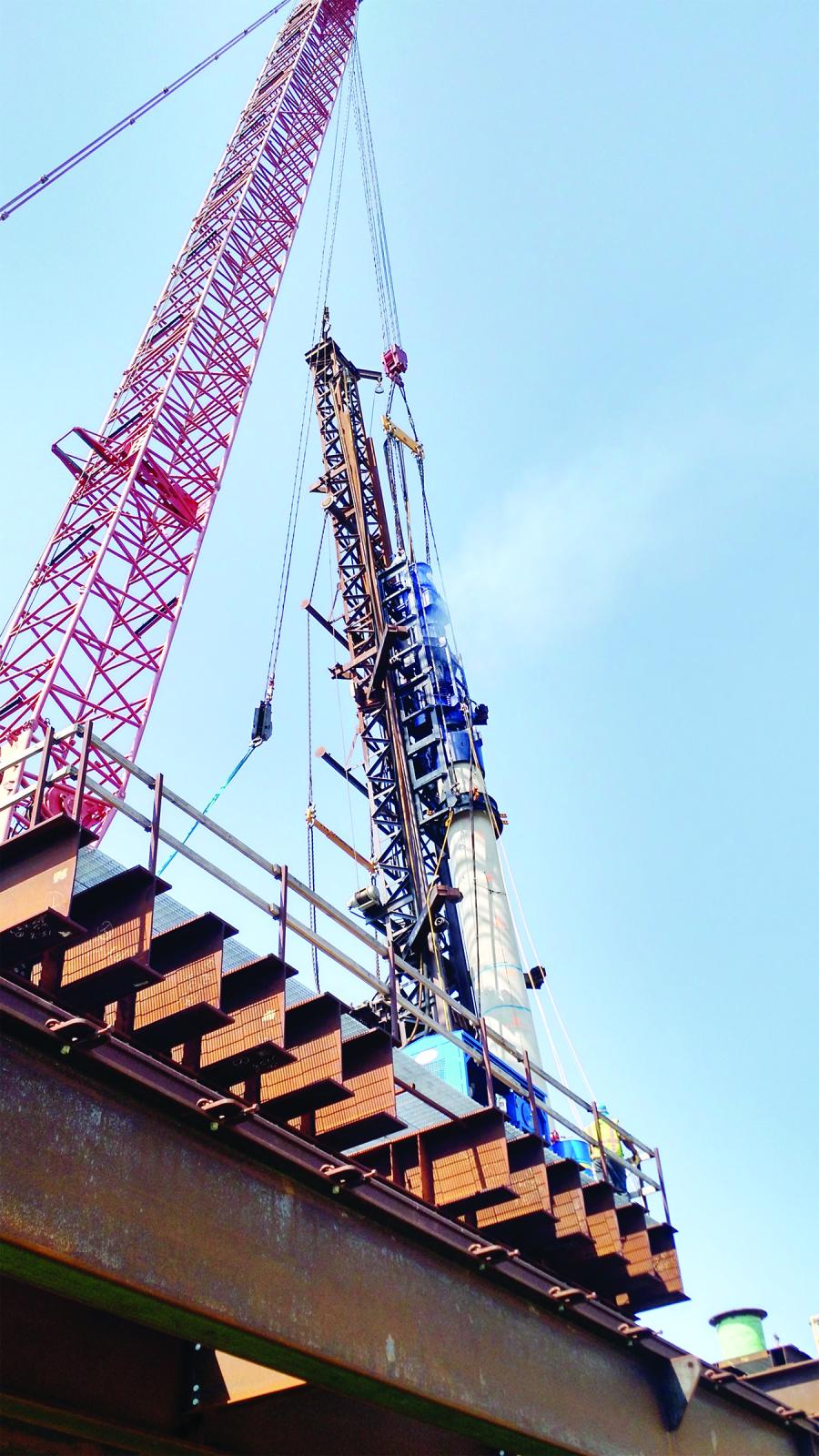 At the north end of Hatteras Island is the tiny community of Rodanthe, a beautiful, wind-swept beach hamlet. To get there from the north, vacationers and residents first drive across Pea Island and a narrow stretch of U.S. 12 before arriving in the small community.

But the border land between southern Pea Island and Rodanthe has lately been plagued by several recent storm surges that damaged or washed-out the roadway. When Hurricane Irene blasted open a breach in the fragile sand dunes there in 2011, N.C. 12 was completely severed between the mainland and Cape Hatteras. The same thing happened in 2012 when Hurricane Sandy plowed north across the barrier island.

Over the next six years, the North Carolina DOT repaired the roadway and built two different interim bridges to keep residents and tourists moving across the popular north-south islands.

However, it has long been a tough place to maintain a simple two-lane road because the low wetlands are geologically susceptible to ocean breaches. The highway not only has the ocean just to its east, but the shallow Pamlico Sound to the west, as well.

Nevertheless, engineers with the state agency realized something sturdier and long-lasting had to be built if North Carolina wanted to keep people safely and easily driving the length of the Outer Banks. A bridge design was needed that could help traffic avoid a flood-prone portion of the island, while at the same time exhibiting a form befitting the charm and elegance of the area's natural beauty.

So, when completed in late 2020 or early 2021, the new $145 million Rodanthe Bridge — with a distinctive "jug handle" design — will redirect and elevate N.C. 12 westward and over the sound, away from the "S curves" and the beach side. To do that, the 2.4-mi.-long bridge will cross over delicate wetlands on Pea Island and bend around and into northern Rodanthe on Hatteras. 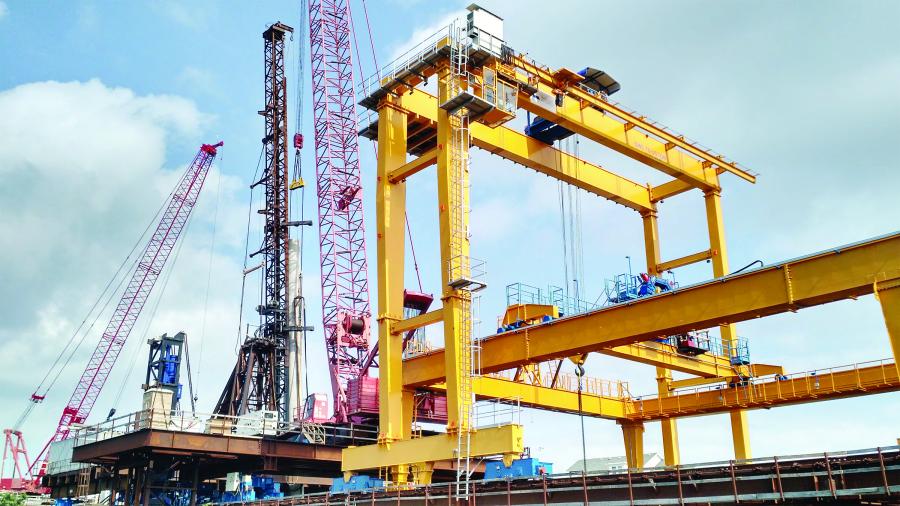 By doing so, the new structure will eliminate the "S curves" — a colloquial term for the section of N.C. 12 north of the village. Unlike the rest of the generally straight north-south pathway of N.C. 12, this part of the roadway along a marshy beach gently bends east and west only yards from the ocean and the sound. The "S curves" were the result of unstable earth, shifting sands and efforts by engineers to rebuild the shattered roadway onto the most stable land they could fill following each violent tempest.

In the next couple of years, vehicles heading south from the North Carolina mainland through Manteo and Nags Head will approach the Rodanthe Bridge after reaching the end of the 13-mi.-long Pea Island National Wildlife Refuge. Once elevated on to the bridge, drivers will then gradually head westward and out over the shallow Pamlico Sound to a point almost a half-mi. from shore, before making a sharper arc back east and onto land in the northern part of Rodanthe parallel to Pappy Lane. From there, traffic can either head south through a proposed roundabout, or back north into Rodanthe via its street system.

Flatiron Construction, along with design partner RK&K, were awarded the contract to design-build the Rodanthe Bridge in January 2017. Equipment began arriving at a staging area near the site in summer 2018, before the company was able to finally begin more extensive work in the fall. 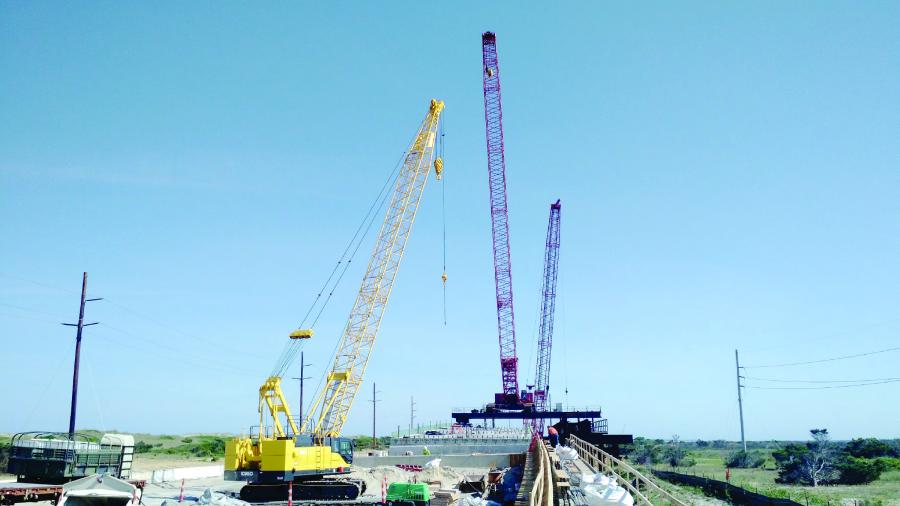 "The contractor started to drive piling on the south end of the project in mid-November, and since the beginning of March we have also been driving pile on the north end of the structure," said Pablo Hernandez, NCDOT's resident engineer of eastern North Carolina, based in Manteo. "A subcontractor, Waff Contracting in Edenton, then installed a concrete sheet-pile wall on the north end."

Another major subcontractor on the job includes RPC Contracting in Kitty Hawk, a company renowned for its earthwork and paving in northeast North Carolina. Although Flatiron is performing its own form work on the bridge, as well as installing the hundreds of piles needed, they are relying on Commercial Ready Mix to supply the concrete mix. In addition, the precast concrete will be coming from Coastal Precast Systems in Chesapeake, Va.

The means and method that the design-build team came up with to erect the Rodanthe Bridge was all due to having to build in shallow water — so shallow, in fact, that even barges can't be floated in the Pamlico Sound.

Flatiron and its subs are instead relying on a rail trestle system over the sound to move the heavy equipment, such as cranes and gantries, to where they are needed as the bridge construction progresses. The contractor's innovative Advancing Rail System combines the ability to work alongside and ahead of the just-completed bridge structure and leapfrog temporary work sections. 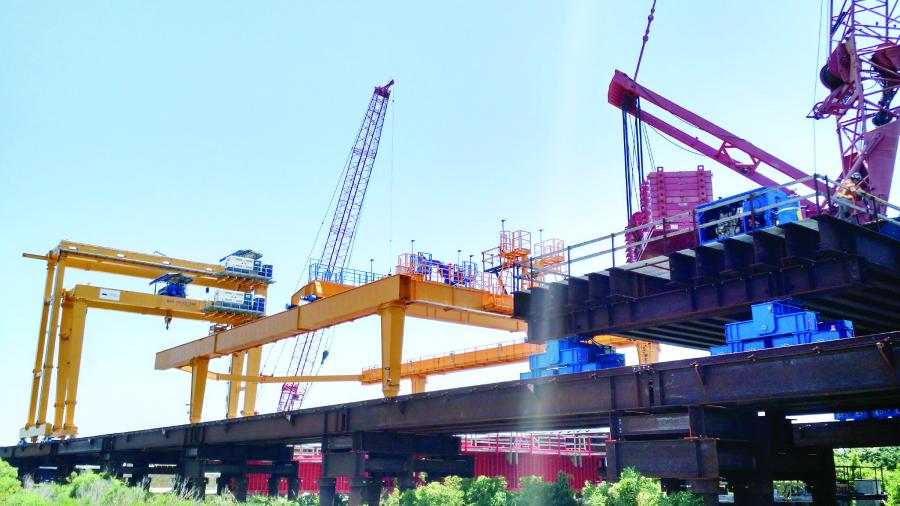 The contractor also put an emphasis on using precast elements throughout the project, including precast piling, caps, girders and deck panels, among others.

"The rail system features two tracks that run parallel with the structure such that the cranes and other equipment straddle the footprint of the bridge," Hernandez described. "Those materials are driven along the finished roadway, then the straddle equipment can carry it out to where it will be placed. That would include piling, concrete for the caps and the girders, the deck panels and the deck concrete. The equipment utilizes motorized bogies that are electrically driven and computer controlled so that they run in sync.

"I think you would call it a very linear-based construction," he continued.

Hernandez added that the heavy equipment used to methodically build the Rodanthe Bridge was imported from Deal, the Italian manufacturer recognized as a world-leader in the field of specialized equipment for bridge and viaduct construction.

Construction Picks Up the Pace in 2019

By the new year, Flatiron and its subs mobilized to the north end of the project where a minor onsite detour was built that shifted N.C. 12 about 30 ft. to the east. That allowed crews to operate in the footprint of where the new bridge ties into the highway. Soon enough, they were able to drive some of the concrete piling of the new structure at the end while also erecting rail trestle.

Since the winter, work has ramped up substantially. In late May, construction was humming along rapidly at several points on the bridge project, according to Hernandez. By the end of June, NCDOT expects several key milestones to take place at the Rodanthe Bridge work site:

All the pile driving on the structure is expected to be finished by summer 2020, according to NCDOT. The state agency also has proposed the construction of a one-lane roundabout at the south end of the new bridge near the wildlife refuge.

Hernandez said traffic would be maintained on the existing N.C. 12 while the new bridge is being built. Once construction is complete, the old roadway through the wildlife sanctuary will be removed and that land would be returned to the federal refuge. In Rodanthe, the existing N.C. 12 roadway will be used by tourists and residents to access private properties.

New Span Should Break the Cycle

The unique design and construction of a bridge over wetlands and around a small part of Rodanthe should end the seemingly never-ending cycle of "damage-and-repair" for NCDOT.

"With N.C. 12 having been moved around several times after damaging storms and fixes, it became evident it's a stretch of road that could not be saved, certainly not without a tremendous amount of engineering and monetary resources," Hernandez explained from the work zone in May. "I personally have worked to repair this very spot three times since 2009 — once after a nor'easter, then after Irene and again after Sandy."

The building of the new Rodanthe Bridge comes just weeks after the new Bonner Bridge (renamed the Marc Basnight Bridge) was dedicated and fully opened to traffic. That 2.8-mi.-long N.C. 12 Highway structure is located on the north end of Pea Island and connects the highway to Bodie Island over the Oregon Inlet. Ironically, the large inlet was itself a result of a breach from a massive hurricane in 1846. CEG