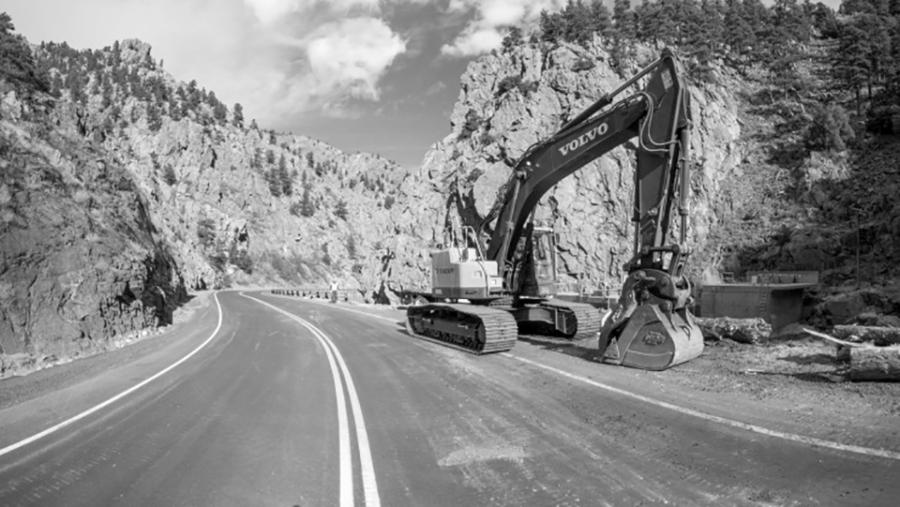 The significant amount of work done in the Big Thompson Canyon since last October when U.S. 34 closed to through traffic means the project is not only halfway done, but that the Colorado Department of Transportation and Kiewit Infrastructure Co. reopened the highway to all traffic on May 25.

The highway will remain open to all traffic this summer and close again in early October.

“We have remained focused on opening the roadway before the Memorial Day holiday, so to be able to do that and at the same time say we're halfway there makes this even more significant,” said James Usher, CDOT project director.

Since closing the canyon in mid-October, Kiewit has blasted and hauled approximately 380,000 cu. yds. of rock — the same volume as nearly 20,000 concrete mixer trucks. Work also has started at the Horseshoe bridge structure near mile point 78 east of Drake, where the roadway is being realigned to cut through the mountain farther away from the river.

Despite these gains, project officials are quick to point out that a significant amount of road and river work still needs to be done — including difficult reconstruction work in the space-constrained area known as the “Narrows” on the east end of the canyon. This work will be done during the next closure scheduled for October 2017 through May 2018. Most of the roadway reconstruction will be finished a year from now, but asphalt paving and milling operations will continue throughout the canyon in the summer of 2018 with minor and intermittent traffic impacts next summer. Project completion is scheduled for December 2018.

For now, though, the focus is on letting people know U.S. 34 is again open for travel between Loveland and Estes Park.

“It was a long seven months for residents of the canyon and surrounding towns. When something like this closure ends, most of us would like to focus on the good ahead and put the past behind, so we are looking forward to having U.S. 34 open all summer to come and go as we please,” said Laura Emerson, Big Thompson Canyon resident.

U.S. 34 Big Thompson Canyon's roads and bridges were heavily damaged during the 2013 floods with many homes damaged and more than 100 air lifted evacuations. The canyon and its residents also suffered from flooding in 1976. As a result of these two events, CDOT studied the hydraulic flow of the river in the canyon and its impact on the road and bridges along its path while looking for safety improvements and resiliency solutions to prevent/ protect against future flood events.