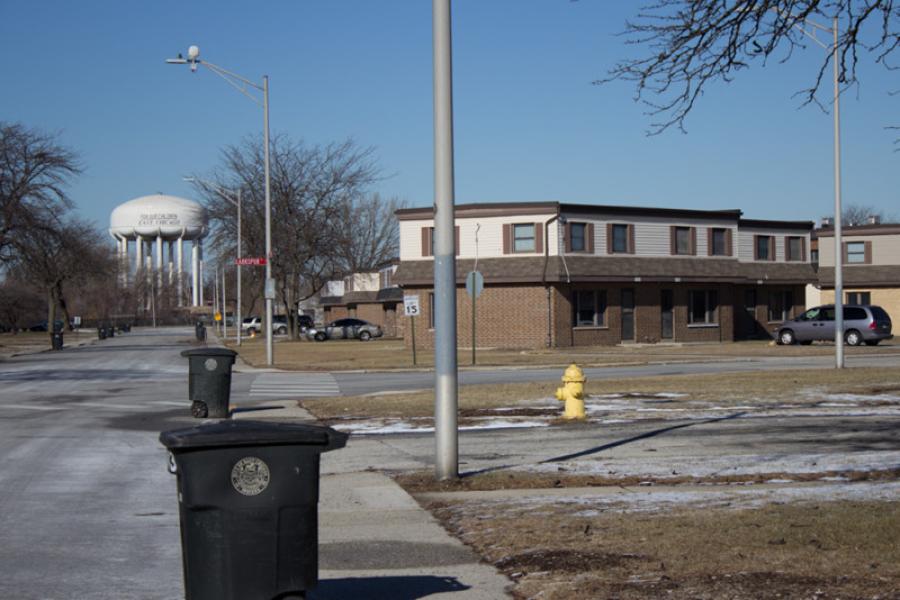 The U.S. Department of Housing and Urban Development has approved the demolition of the West Calumet Housing Complex. (Nick Janzen/IPBS photo)

EAST CHICAGO, Ind. (AP) The U.S. Department of Housing and Urban Development has approved the demolition of a lead-contaminated public housing complex in northwestern Indiana.

The announcement paves the way for the East Chicago Housing Authority to raze the West Calumet Housing Complex.

“HUD is classifying the demolition as emergency work because of the limited capital funding that is currently available to ECHA, which results in an unpreventable emergency endangering the lives and safety of the frail, elderly and disabled residents at the site,” according to HUD.

Hundreds of families were forced out after tests in 2016 found high lead levels in blood samples of some children and soil tests found yards with levels significantly above the U.S. safety standard.

The complex was built on a site previously occupied by a lead-products factory. Lead exposure can cause nervous system damage and lowered IQs.

The demolition plan calls for the removal of all residential and non-residential structures, foundations, pavement and sidewalks, according to HUD's notice.

Residents have raised concerns about the demolition plan, fearing that contaminated material could be dispersed through the air or contaminate groundwater runoff.

“What are they going to do if that stuff starts floating around in the air?” said Akeeshea Daniels, a former West Calumet resident.

Once the area has been cleaned to residential standards, the city will seek input on what to do with the land, Mayor Anthony Copeland said.

The city is home to the USS Lead Superfund site, where lead was once salvaged from old car batteries and scrap metal.