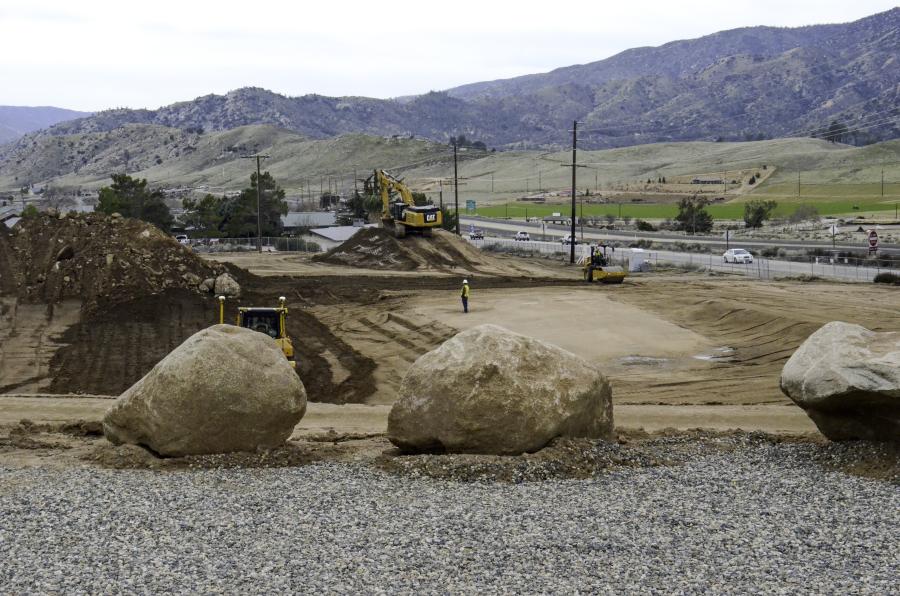 Construction of the new USFS fire station in Lake Isabella began in 2016 just left of the auxiliary dam.

Steeped in an area rich in Western history lies the Isabella Dam on Isabella Lake. The dam is about 150 mi. north of Los Angeles, Calif., in a region that saw its share of gold mining in the mid-1800s and Hollywood Westerns starring John Wayne and Gene Autry in the 1930's. One of the earliest films to be made in the nearby town of Kernville was titled "Back to God's Country" — a fitting name for the Kern River Valley and Sequoia National Forest.

The Isabella Dam and Reservoir is located 40 mi. northeast of Bakersfield, Kern County and consists of an earth-fill main dam and auxiliary dam across Kern River and Hot Springs Valley, respectively. The dam was authorized under the Flood Control Act of 1944 and construction was completed in 1953.

The reservoir provides flood-risk management, irrigation and recreational benefits. With more than 300,000 people living and working below the dams, primarily in the town of Lake Isabella and the city of Bakersfield, the U.S. Army Corps of Engineers (USACE) began a dam safety modification study in 2006 to address seismic, hydrologic (potential over-topping during an extreme flood event) and seepage issues at the dams. 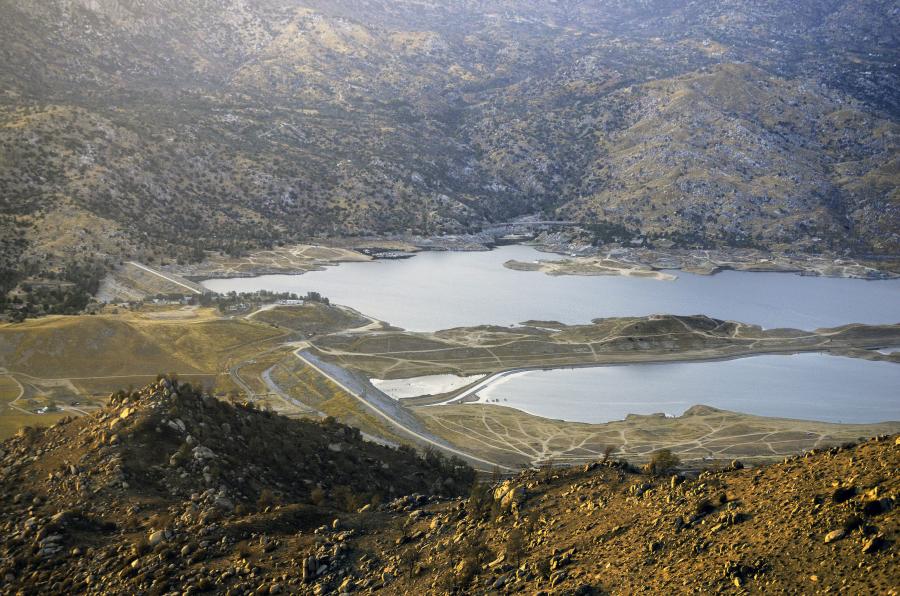 USACE pointed out that given the multiple purposes of this dam facility and the long-term benefits it provides, they require thorough analysis of any changes to assure public safety and benefits are not compromised by modification to the dam.

Dam analysis and designs are complex technical efforts. Risk assessments must be performed to understand the extent of a problem and to evaluate options to fix the dams. In this case, the dam had multiple deficiencies that require correction which increases the time required to understand and to start the fixes, explained USACE.

An operating restriction was put in place, limiting the lake's normal storage capacity and reducing the risk of the seepage and seismic concerns while a permanent solution could be investigated. USACE has implemented increased surveillance and monitoring, stockpiling of emergency materials and warning sirens in the town of Lake Isabella.

Following the signing of the Record of Decision in December 2012, the Corps entered the Pre-Construction Engineering and Design phase of the project, and from 2013 to 2016, focused on design improvements to the existing dams and the relocation of U.S. Forest Service (USFS) buildings currently located in the excavation footprint. Construction on those buildings began in 2016.

Construction at the main dam will include excavation of a new 300-ft. wide emergency spillway, improvements to the existing service spillway, a 16-ft. raise of the main dam, enhancements to California State Route 155 at the main dam's right abutment and modifications at several recreation facilities north of the auxiliary dam. 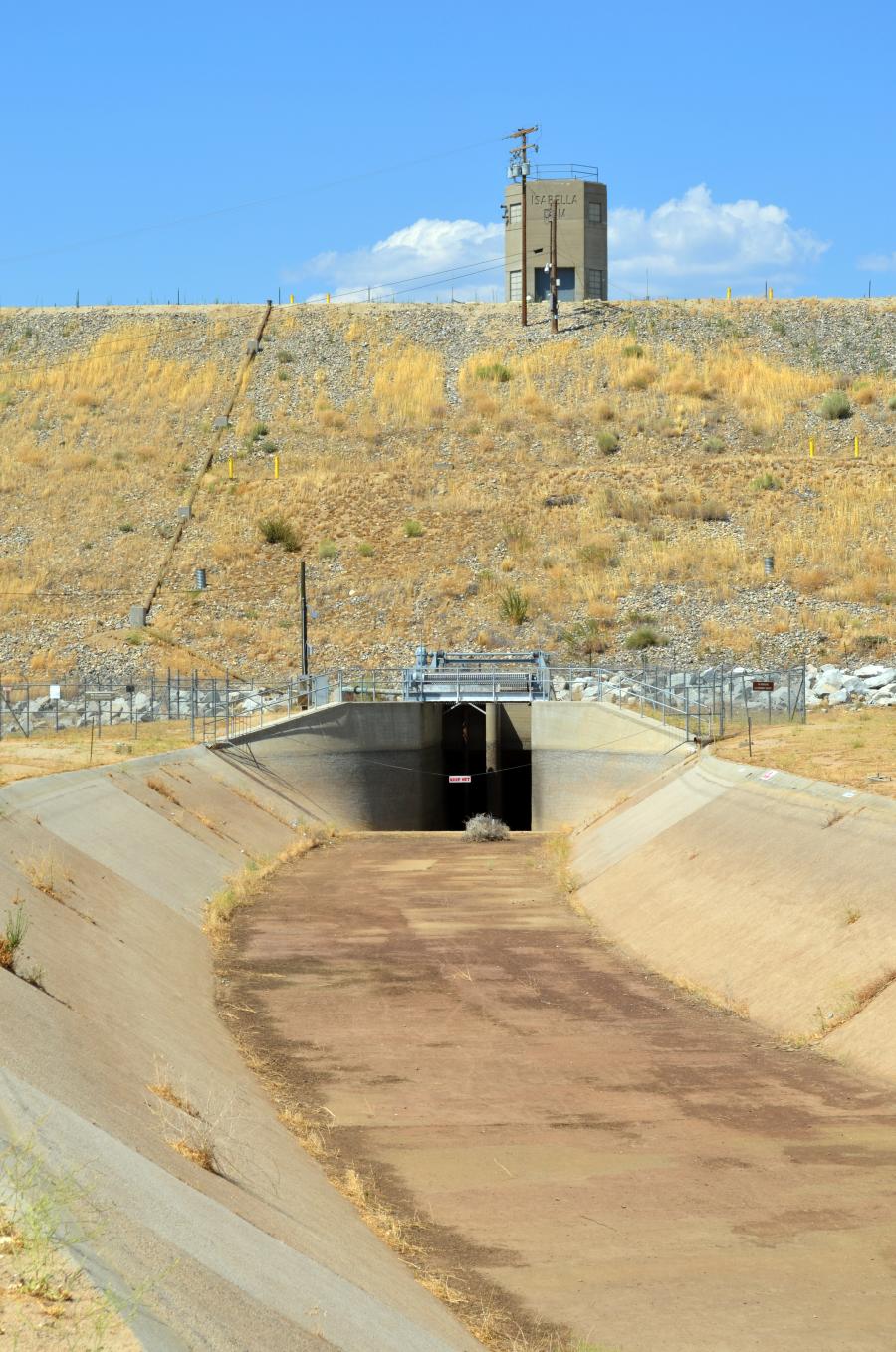 "Rather than holding up award of the contract or scrapping the Borel upgrades, we added an option on the contract for $37 million to address Borel at a later time. This allowed us to get Phase II construction started and gave us more time to complete the easement acquisition. We are working with SCE and expect to acquire the Borel Canal easement this fall."

USACE also is making an effort to comply with the National Environmental Protection Act and the Endangered Species Act, which requires significant time to assure that all specifications are met. As such, the project will take roughly four years to complete from late 2017 to 2022. The Isabella DSMP has received a small contribution from non-federal stakeholders comprised of downstream water and hydropower users. The project is mostly federally-funded with annual funding through congressional appropriations.

The project hit a snag coming out of the gate when the Phase II contract award was protested, which delayed the notice-to-proceed by about three months. USACE is asking the contractor to meet the original timeline, which will increase the overall project cost as FDS makes up for lost time in the schedule. The cost increase is currently being negotiated.

By 2022, the multipurpose dam facility will be safe and sound, with seismic and hydrologic upgrades allowing it to provide irrigation and recreation for generations to come. It may even be the backdrop for the next Hollywood blockbuster…