The Seabee Base project is a partnership between the U.S. Navy , Mississippi Power and Hannah Solar. 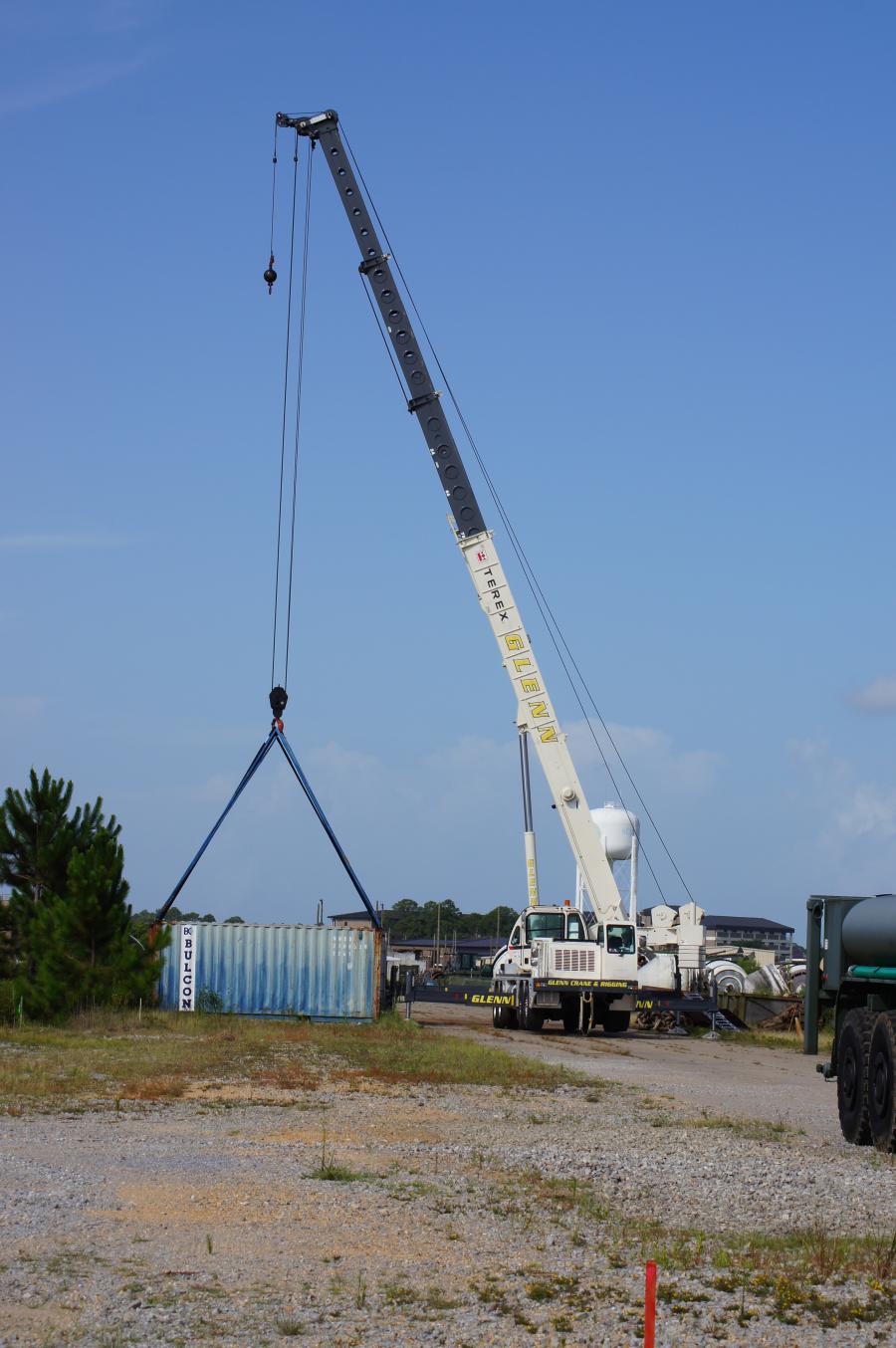 Denise Aicher, Hannah Solar photo In Gulfport, Miss., construction is under way on a 23-acre, 3 to 4 mW solar facility at The Naval Construction Battalion Center.

In Gulfport, Miss., construction is underway on a 23-acre, 3 to 4 mW solar facility at The Naval Construction Battalion Center. The Seabee Base project is a partnership between the U.S. Navy , Mississippi Power and Hannah Solar. The facility will feature 12,980 panels, and power up to 450 homes.

“Renewable energy is important to a well-balanced energy portfolio,” said Anthony Wilson, Mississippi Power President and CEO. “This is one of three utility-scale solar projects that have been approved by the Mississippi Public Service Commission, making our company the state's largest partner in renewable energy. We are proud to team up with the Navy, along with the Commission and its staff, on this very important project.”

The ceremony included the presentation of the Secretary of the Navy's Energy and Water Management Award, Small Shore category for fiscal year 2015. Presented by Assistant Secretary McGinn, the award recognizes programs resulting in a consistent reduction in energy or water consumption.

“Partnerships like the one between Mississippi Power and the Department of the Navy make us stronger, enabling us to better serve and complete our mission,” said McGinn.

Capt. Hansen also referenced the installation's achievement and the impact of the solar facility.

“NCBC Gulfport has taken extraordinary steps toward energy efficiency. Now, this solar facility is a significant step forward in our efforts toward energy resiliency.”

Marte also spoke at the event, noting the influence the project will have on the region as a whole.

“We are honored to be a part of the U.S. Navy's journey toward a more sustainable future. Together, along with Mississippi Power, we hope to inspire more states to follow in Mississippi's footsteps.”

Hannah Solar of Atlanta, a NABCEP certified solar integrator, is overseeing the high-profile project, based on ability to provide engineering, products, installation and service of solar arrays, electric vehicle charging stations, energy storage systems and Generac critical backup generators. According to Tommy Thompson, Hannah Solar superintendent, the biggest challenge on the solar installation is access to the base.

“Understandably, for security, the base requires a background check for every individual who enters the base. “Right now, we are setting forms for concrete equipment pads, coring holes for posts and preparing for underground conduit for the medium voltage transformers,” said Thompson. “We began the job site setup the first week of May. We brought in a mobile office, equipment containers, waste dumpsters, sanitary stations and equipment.”

Key tasks yet to be carried out include racking, paneling and all electrical work. Thompson called the project extremely rewarding.

“Each panel weighs 60 pounds. They will arrive into the port via ship. The large containers holding the panels will be loaded onto trucks which will deliver them to the job site here on the Seabee base,”

No dirt will be moved during construction, as crews are working on an existing concrete cap. Main equipment being used on the job includes an all-terrain forklift for unloading materials and as an alternate crane. A track steer for soil and erosion control, grubbing and clean up is also being utilized, along with a mini excavator for grubbing and trenching for underground electrical. A GRT for driving post for racking will also be required, along with a UTV for moving personnel, material and tools on the job site.

Denise Aicher, Hannah Solar liaison officer said weather is and will be a factor during construction.

“This is the hottest part of the year,” Aicher said. “We will have temperatures in the upper 90s, with heat indices reaching 108 to 112 degrees. This means a lot of breaks for our crews. Thunderstorms are also rather frequent. If we have a lightning strike within five miles from the job site, we pull our crews for 30 minutes after the strike. Always, safety first.”

In addition to the Seabee Base project, Mississippi Power and Silicon Ranch Solar are partnering on a 450-acre, 50-mW electric solar generating station in Hattiesburg. The company is also partnering with Origis Energy on a 52-mW utility-scale solar energy project in Sumrall. Combined at 105 mW, the projects will make Mississippi Power the largest partner in renewable energy in the state.

In April, 2016 Mississippi Power and Silicon Ranch Corporation, along with local officials from the city of Hattiesburg, Forrest County and the Area Development Partnership, held a groundbreaking ceremony for what will be the state's largest solar farm. Once completed, it will generate 50 mW, enough electricity to supply power to roughly 6,500 homes. The Hattiesburg solar farm will be on 450 acres and will feature more than 600,000 solar panels. The project will create about 400 jobs during construction.

“Silicon Ranch is proud to work with Mississippi Power, the city of Hattiesburg, Forrest County, and the Area Development Partnership to bring this important renewable energy project to south Mississippi,” said Matt Kisber, Silicon Ranch president and CEO. “As long-term owners of this solar project, as well as several others across Mississippi, we are excited about the economic and environmental benefits it will bring to the community, the surrounding region and the state.”

In May, Mississippi Power and Origis Energy broke ground on a 52-mW utility-scale solar project in Sumrall. When operational, the $100-million facility will generate 52 mW, enough electricity to power approximately 8,000 homes.

Guy Vanderhaegen, CEO and president of Origis Energy said, “By working together, these utility and community leaders are creating regional jobs. Our Origis team is honored to be part of the solar revolution now happening in Mississippi.”

The Lamar County solar facility is located on 590 acres and will feature more than 215,000 polycrystalline solar panels. The project will create as many as 100 jobs during construction, and is expected to be completed by the second quarter of 2017. It will have a 25-year power purchase agreement with the power company.

As an intermittent energy resource, the solar facilities will not replace Mississippi Power's generating plants, but, will have the capability to provide energy that will reportedly help keep rates affordable for customers.