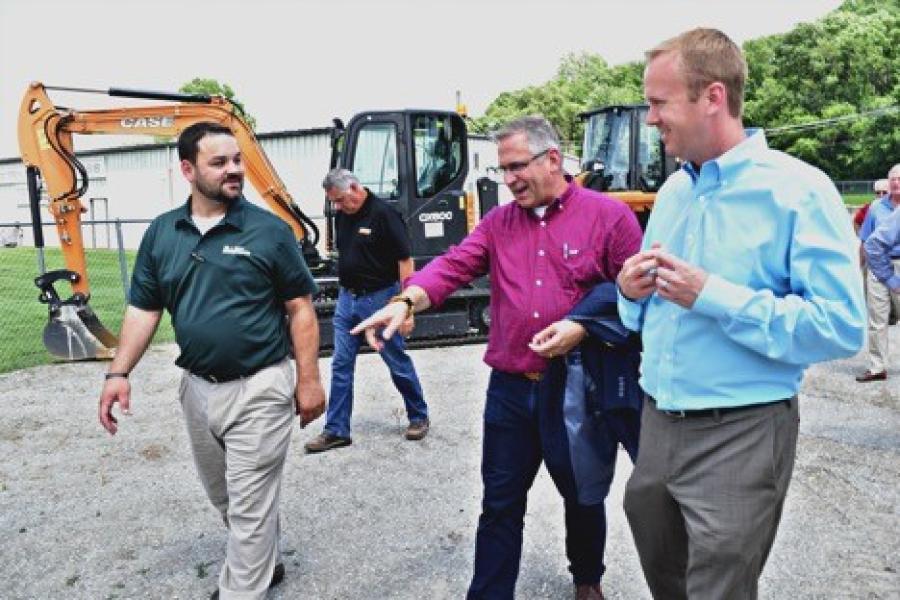 Luby Equipment Services hosted U.S. Representative Mike Bost at its Caseyville, Ill., location on May 30 and U.S. Representative Darin LaHood at its Quincy, Ill., branch on May 3. Discussions focused on issues that impact the construction industry, including infrastructure, taxes and the workforce. Bost, serves on the House Transportation and Infrastructure Committee, and Rep. LaHood is a member of the House Ways and Means Committee.

During his visit, LaHood spoke with the Luby staff about the positive impact tax reform has had on the local community and economy, his belief that international trade remains essential to national and local growth and the need for investment in the United States infrastructure in order for the U.S. to remain competitive. 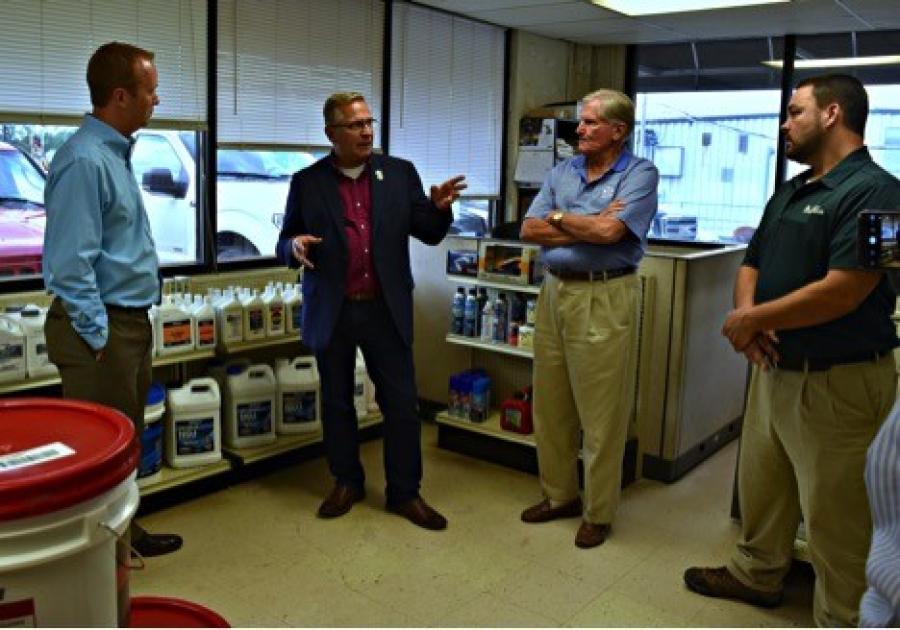 “I was very pleased to visit the great team at Luby Equipment Services,” said Bost. “They continue to be leaders in the community, and I appreciate all the jobs they support that are related to the heavy equipment they sell and service. Infrastructure is vitally important to our economy, and I will take their input back to Congress as I continue my work on the Transportation and Infrastructure Committee.”

In their discussions, Bost pointed out that southern Illinois is a crossroad for the United States' commercial transportation system. Every year millions of tons of cargo and billions of dollars in goods are shipped along its waterways, rail lines and yards and trucked across its highways. These transportation nodes also help hundreds of thousands of southern Illinois residents commute to work and school.

“I'd like to thank Rep. Bost and Rep. LaHood for their leadership and for visiting Luby,” added David Kedney, sales manager at Luby Equipment Services. “The key takeaway was the dialogue regarding the countless benefits from investments in our nation's infrastructure and roads. We also found the conversation around the Mississippi River and the opportunity to develop larger ports to drive commerce to Illinois and Missouri interesting. We feel that having budget stability for larger road jobs will provide confidence to contractors at all levels to invest in equipment purchases.”

Bost's visit to Luby Equipment Services was coordinated by AED's Government Affairs program. While serving as the construction equipment industry's voice in Washington, D.C., the association connects its members with lawmakers throughout the country to educate elected officials about AED, its members and the industry.