Attendees came from 27 companies from all over the United States to the first-time event. 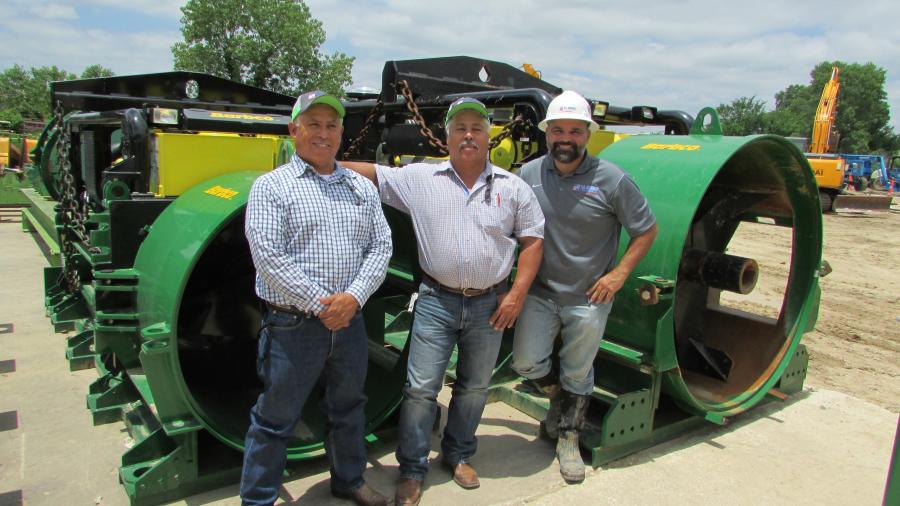 U.S. Shoring and Equipment Co., Euless, Texas, hosted more than 80 guests for a demonstration of the new Barbco Inc., TriBor and FlexBor drilling systems. Attendees came from 27 companies from all over the United States to the first-time event.

Chad Pendley, national sales representative of U.S. Shoring and Equipment, welcomed guests to Texas and introduced Tony Barbera, vice president of Barbco Inc., and inventor of the TriBor system. Also introduced was Derik Engle, inventor and developer of the FlexBor system. All three men were on hand to guide the attendees through the processes that were being demonstrated and to answer questions.

The new TriBor system is one machine that can do auger bores, pilot shots, HDD drilling and jacking. All of these tasks can now be performed from a bore pit that is as small as 16 ft. (4 m) in length. The TriBor system also allows for wireless, remote-controlled operation from ground level, keeping the operator out of the pit, as well as being able to operate the tethered power packs on-board mud pump.

The FlexBor system demonstrated the ease of performing HDD (horizontal directional drilling) that virtually eliminates the threat of inadvertent returns and in most cases, eliminates the need and costs associated with drilling fluids inherent to conventional HDD methods.

Benefits of the FlexBor system include the elimination of slip threats on steep side-hill applications; reduced/eliminated cuttings and bentonite disposal fees; more shallow and serviceable installations; and easier permitting in environmentally sensitive areas.

Barbera said that efficient operation; lowering overall cost; and adhering to all the rules for being environmentally friendly were the driving factors behind these advances.

Guests were impressed with the two systems, claiming that both were the most innovative systems they had seen in years and that the demonstration was very informative — being able to see first-hand how the products actually worked was extremely beneficial, they said.