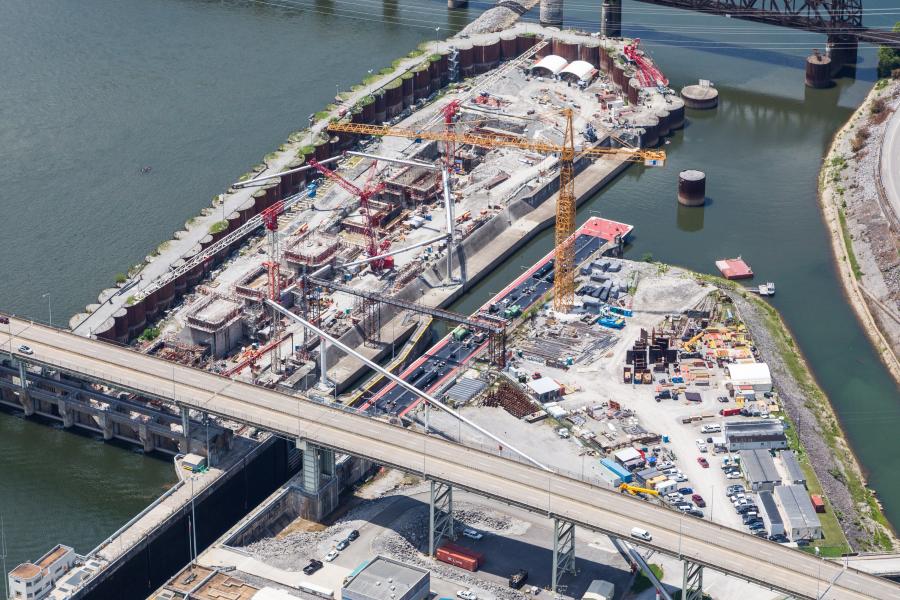 The new lock under construction will replace an existing lock built in 1940. At 60-ft.-wide by 360-ft.-long, the existing lock is not suitable for today’s jumbo barges, able to accommodate only one at a time. It also is failing structurally due to concrete alkali-aggregate reaction. (USACE/Lee Roberts photo)

Construction crews work to complete final foundation preparations while concrete placement activities are on-going on the $757 million Chickamauga Lock Replacement Project that will have capacity for nine jumbo barges — nine times the capacity of the existing Chickamauga Navigation Lock.

The new lock under construction will replace an existing lock built in 1940. At 60-ft.-wide by 360-ft.-long, the existing lock is not suitable for today's jumbo barges, able to accommodate only one at a time. It also is failing structurally due to concrete alkali-aggregate reaction.

"This phenomenon of concrete growth was observed soon after initial construction in 1940 and is caused by a reaction between the alkali in the cement and the aggregate," according to the U.S. Army Corps of Engineers (USACE) fact sheet. "Even with significant maintenance efforts, this expansion threatens the structural integrity of the existing lock and limits its life." 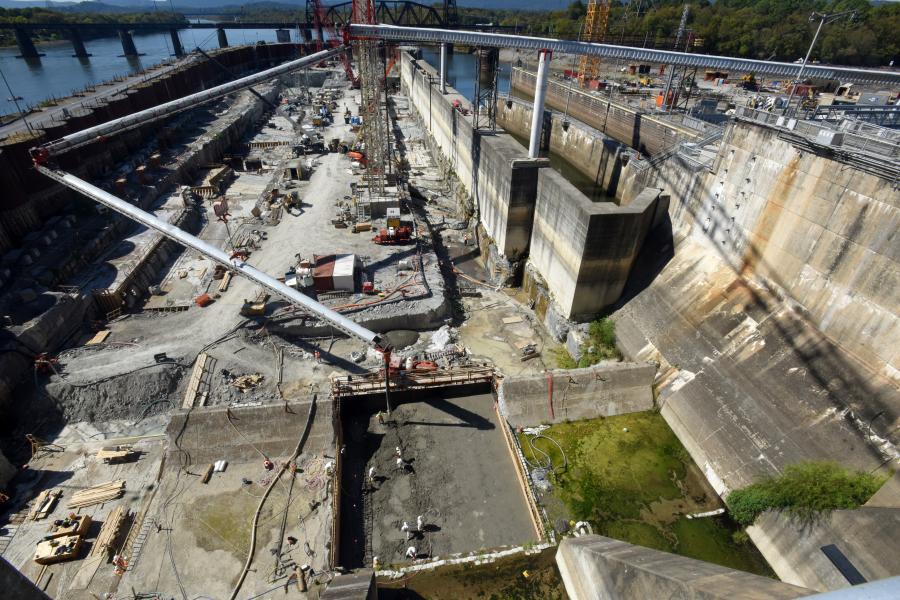 The new 110-ft. by 600-ft. Chickamauga Lock was designed and constructed by the USACE Nashville District.

"It will improve locking efficiency, and solve the structural issues caused by the concrete aggregate at Chickamauga Lock," said Lee Roberts, spokesperson of the USACE Nashville District.

The Chickamauga Navigation Lock is located 7 mi. upstream of Chattanooga, Tenn., and is owned by the Tennessee Valley Authority (TVA) and operated by the USACE. Upstream of Chickamauga Lock are 318 mi. of navigable waterway used to transport materials to and from industries, TVA facilities and the Department of Energy facilities at Oak Ridge.

"The $34 million lock excavation contract was awarded in September 2016," Walker said. "We did a vast amount of excavation — 102,000 cubic yards when all said and done. That volume equates to a block of rock the size of a football field approximately 46 feet tall."

The work currently ongoing is to make the rock surface ready to receive concrete and placement of the reinforced concrete lock walls. The contractor also is installing the prefabricated lock gates and valves. When this contract is completed, the lock chamber will be fully functioning, but remaining inside the cofferdam in a dry environment.

"The dam is serving as the upstream barrier," Walker said. "The cofferdam work area will be breached during the follow-on approach wall and decommissioning contract, which is when the new lock will be brought on-line."

Challenges on the project have included funding, working subsurface in karst geology and other items presented with constructing a project of this magnitude in a marine environment. The project is cost-share funded by Federal Construction General funds and the Inland Waterways Trust Fund (IWTF), which derives funds from a $.29/gallon tax on marine diesel fuel. The IWTF portion of the cost share was constrained earlier in the project's history due to higher priority projects utilizing available trust fund dollars; however, Congressional actions taken in 2014 have allowed the Chickamauga project to receive sufficient annual funding in recent years to efficiently progress the project. 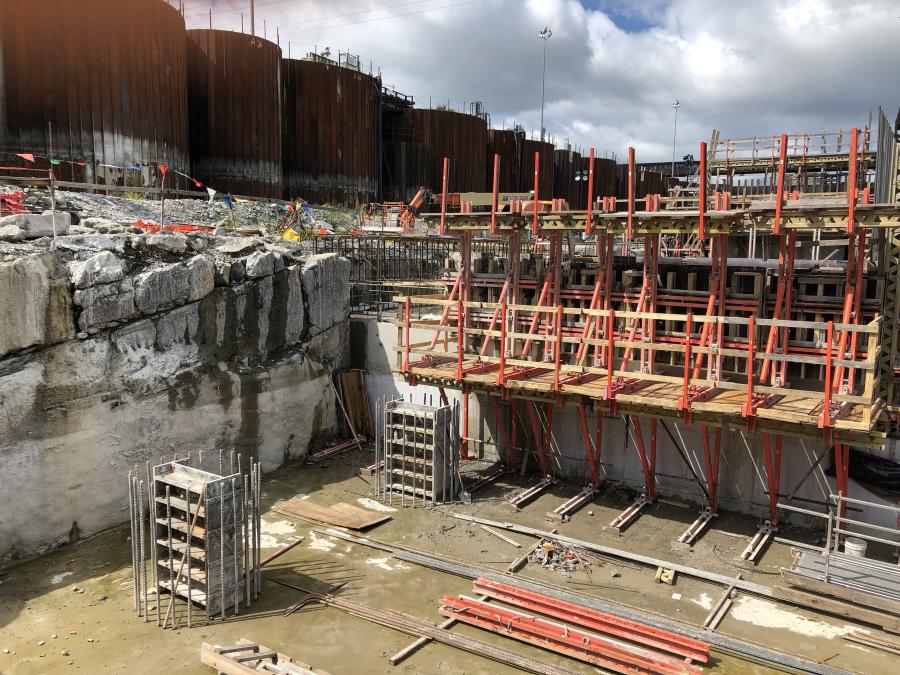 "Exploratory drilling programs prior to construction were utilized to develop the lock design, but there is always the possibility of encountering geologic features during construction that the exploratory programs missed.

"At this point, we've accomplished the vast majority of the rock excavation required for the project, so those risks have been largely minimized," said Walker.

The project is being constructed in a compact work area.

"The contractors have to be very thoughtful when determining how to organize their lay down areas to include office trailers, parking and material storage, especially since the contractor also has an onsite concrete batch facility," he said.

Two tower cranes are located inside the cofferdam work area as part of an approximately 1,000-ft. elevated conveyor system used during concrete placements.

"The batch plant has a drum mixer that discharges the concrete on the conveyor," said Walker. "The conveyor crosses much of the laydown area about 30 feet or higher above ground and is supported by the tower cranes inside the cofferdam area. The cranes support articulating booms, which can pivot around and can place concrete anywhere in the 360 degree circle surrounding the tower."

A third tower crane is located on land outside of the cofferdam area and is used to transport materials, such as reinforcing steel and concrete framework in and out of the cofferdam. The site includes several other smaller cranes, loaders and support equipment to facilitate the construction activities.

Completion of the project is anticipated between November 2025 and August 2027. CEG