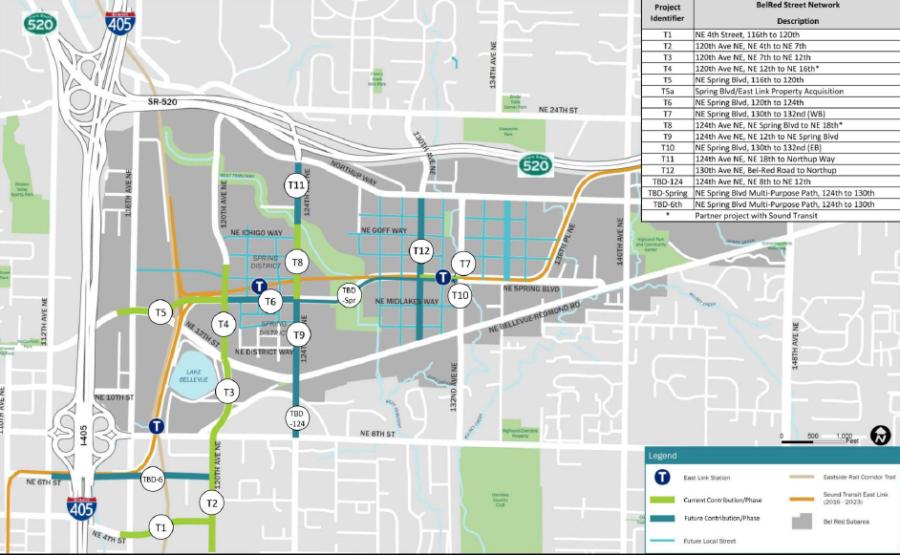 U.S. Transportation Secretary Elaine Chao announced that the Department of Transportation's Build America Bureau will provide a $99.6 million TIFIA infrastructure loan to the city of Bellevue, Wash., near Seattle and Redmond, to finance completion of its BelRed Street Network Project.

That project reportedly calls for transforming a 900-acre light industrial and retail area, located between downtown Bellevue and Microsoft's headquarters in Redmond, into transit-oriented neighborhoods with new parks and housing along a future East Link light rail line.

The USDOT announcement said this Transportation Infrastructure Finance and Innovation Act loan carries an interest rate of 2.86 percent and extends for a term of 35 years after substantial completion of the project, which is expected in early 2023.

It said the project combines 12 multimodal roadways to support the new BelRed neighborhood. “A growing economic center, Bellevue is geographically connected to Seattle, the University of Washington, the Port of Seattle and the greater Eastside, and is at the center of a regional system of interstate highways, local street networks and transit facilities,” the USDOT said.

According to the city, the TIFIA loan will speed up the work, helping create jobs and housing to use a system of multimodal routes providing access for drivers, transit riders, vanpools or special-access vans, bicyclists and pedestrians.

Martin Klepper, executive director of the USDOT bureau, said: “We also are pleased to have successfully worked with Bellevue to complete the credit review and approval process in eight months, under a new streamlined process specially designed for entities with highly rated credit, shortening the overall transaction time and costs.”