USDOT Tool May Allow $2B for Seattle Projects 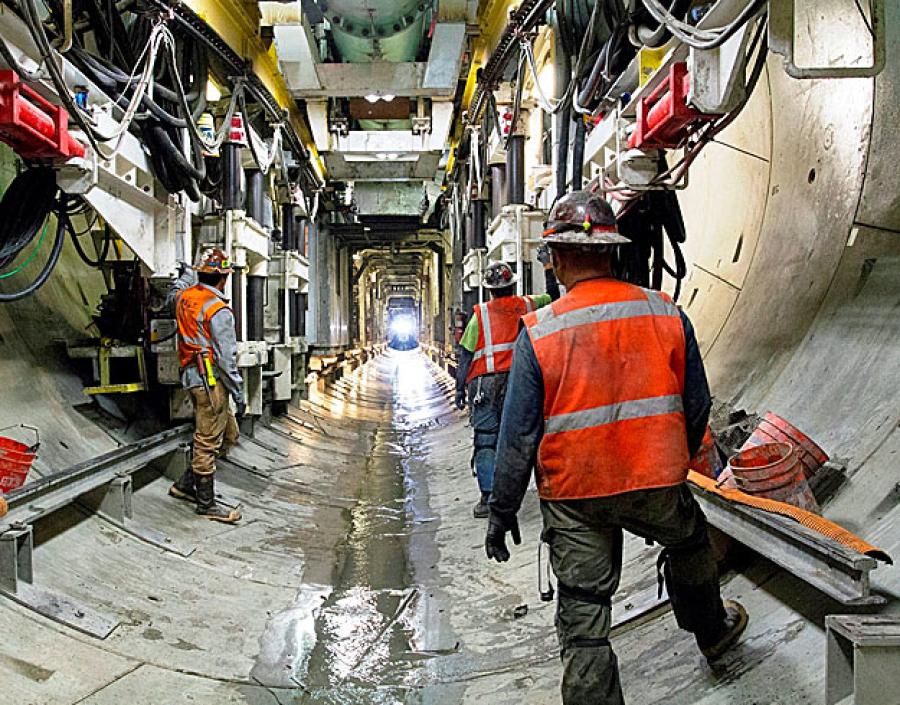 Former U.S. Transportation Secretary Anthony Foxx announced that four transit projects in the Seattle area could receive up to nearly $2 billion in financing through an innovative infrastructure financing tool created by the Department of Transportation's Build America Bureau.

The Central Puget Sound Regional Transit Authority (Sound Transit) and the Build America Bureau (Bureau) signed a Master Credit Agreement (MCA) — a first-of-its-kind arrangement in which the local transit authority will be able to expedite multiple loan requests under a single agreement with the federal government. The first of those loans is $615.3 million for the Northgate Link Extension.

“This announcement demonstrates that the Build America Bureau is already playing a major role in how projects are planned and paid for by streamlining the financing process and bringing together valuable tools for accessing federal dollars. This means projects like the Northgate Link Extension Project can move forward more quickly and effectively,” said Foxx. “We are proud of the work done through the Bureau to speed investments needed in growing regions like the Pacific Northwest. This development is a big win for the entire region.”

Foxx launched the Bureau earlier this year to provide a one-stop-shop for state and municipal governments to find innovative solutions to funding critical infrastructure projects. An MCA is one tool that the Bureau offers to help project sponsors streamline the process of applying for federal transportation infrastructure loans through the federal government's Transportation Infrastructure Finance and Innovation Act (TIFIA) and the Railroad Rehabilitation & Improvement Financing (RRIF) programs.

The MCA signed by Sound Transit covers four separate projects approved by voters as part of the transit authority's ST-2 program. The $615.3 million TIFIA loan for the first project, the Northgate Link Extension, was approved and will move forward. The MCA will dramatically streamline the application process for the next three projects, enabling Sound Transit to more easily apply for the loans for the Operations & Maintenance Satellite Facility: East; Lynnwood Extension; and Federal Way Link Extension projects.

“With the use of a Master Credit Agreement, the Build America Bureau can now negotiate one deal with entities that have multiple projects in their pipeline to gain access to federal loans,” said Andrew Right, acting executive director of the Build America Bureau. “This has tremendous potential to save time and resources for infrastructure developers and increases transparency for the many partners involved in making transportation safer, faster, and easier in the area.”

Since its inception, the Bureau has closed $4 billion in financings and supports more than $7.8 billion in rail, highway and transit projects across the country. The Bureau has 16 projects in creditworthiness review for a total potential loan amount of over $5.5 billion. The Bureau also manages the private activity bond program, the Outreach and Project Development functions of the Build America Transportation Investment Center, and the Fostering Advancements in Shipping and Transportation for the Long-term Achievement of National Efficiencies (FASTLANE) grant program.