After having held the convention for the past several years at the Borgata Hotel Casino & Spa, the show returned to the Tropicana Casino and Resort where it had been held for many years.

On Sept. 27, equipment dealers and construction services companies met with New Jersey contractors as well as contractors from neighboring states during the trade show portion of the convention.

During the convention, the UTCA inducted a new president — Dave Smith, who is a past president of the association and is the founder of The Mount Group and has more than 30 years of experience in the construction industry.

The Annual Awards Luncheon began at noon, where the Larry Gardner Memorial Award was presented to Tim Watters, president of Hoffman Equipment, which is headquartered in Piscataway, N.J. This award is given annually to a UTCA member that has demonstrated outstanding service to the association.

Every year, the UTCA presents a celebrity keynote speaker for its awards luncheon and this year it was Mark Nutsch, who was the former commander of the first Green Beret unit that went into Afghanistan after the terrorist acts of 9/11. His harrowing and heroic true story would become a major motion picture — 12 Strong, starring Chris Hemsworth as Nutsch.

Shortly after 9/11, the U.S. military immediately began planning a response called "Task Force Dagger." Captain Mark Nutsch was reunited with his unit, which would ultimately be designated to be the first to fight the Taliban. On Oct. 19, 2001, Nutsch and his unit were helicoptered into Uzbekistan. There they connected with local Muslim soldiers who also opposed the Taliban. They began the campaign to retake Afghanistan. But instead of jeeps or tanks, the local Afghan fighters used an unexpected type of transportation: Horses.

The Afghan and American fighters would eventually go through the desert and mountains on horseback to accomplish their mission. Against the odds, all 12 men in Nutsch's unit survived. Operation Enduring Freedom ended with the overthrow of the Taliban, as jubilant Afghans celebrated in the streets. CEG 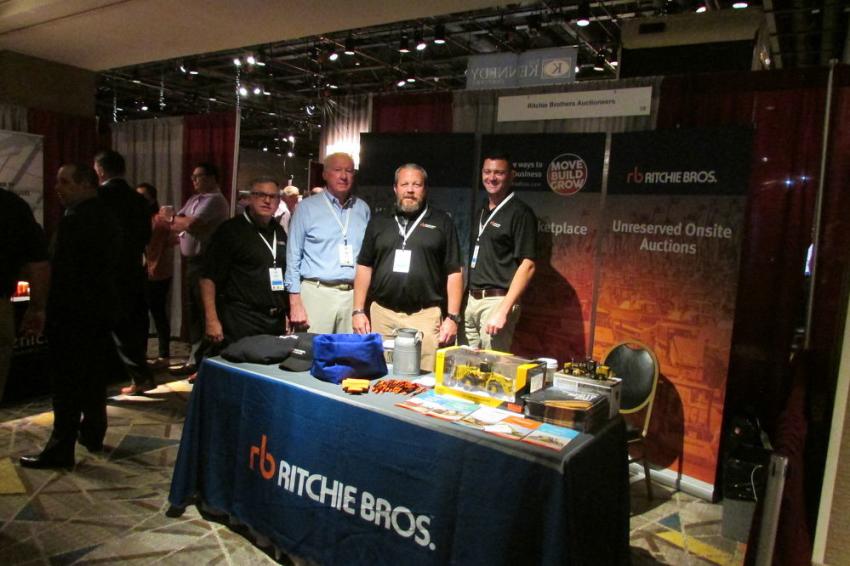 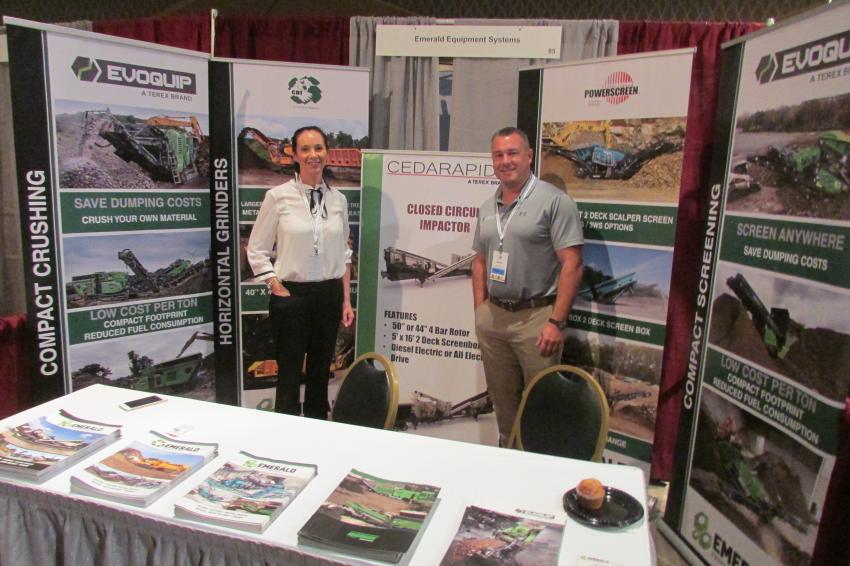 At the Emerald Equipment Systems Inc. booth Moira Brady, sales and marketing, and Nate Vielhauer, territory manager, are eager to speak with UTCA attendees about crushing and screening solutions. 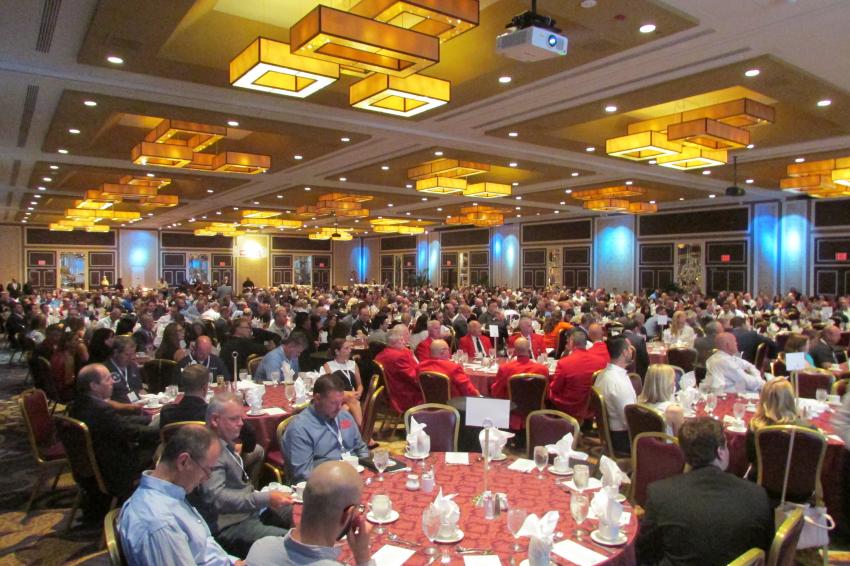 More than 1,100 people attended the UTCA Keynote Luncheon on Sept. 27, during which ODA 595 commander Capt. Mark D. Nutsch was the speaker. On horseback, ODA 595 were instrumental in helping the Northern Alliance in Afghanistan to capture several thousand foreign and Afghan Taliban and bringing hundreds more local Afghans over to the Northern Alliance side. 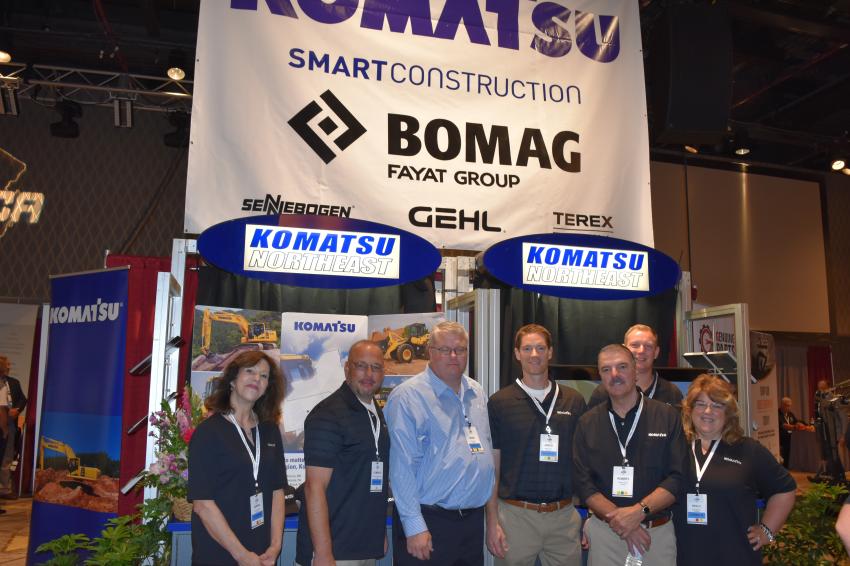 Komatsu Northeast had a full contingent of team members to meet with UTCA members. 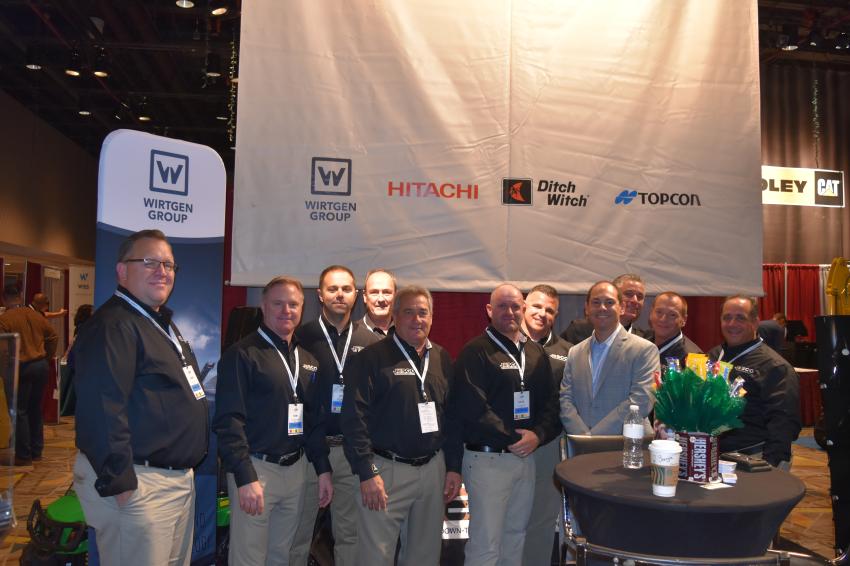 JESCO was out in full force with a big team during the UTCA trade show. 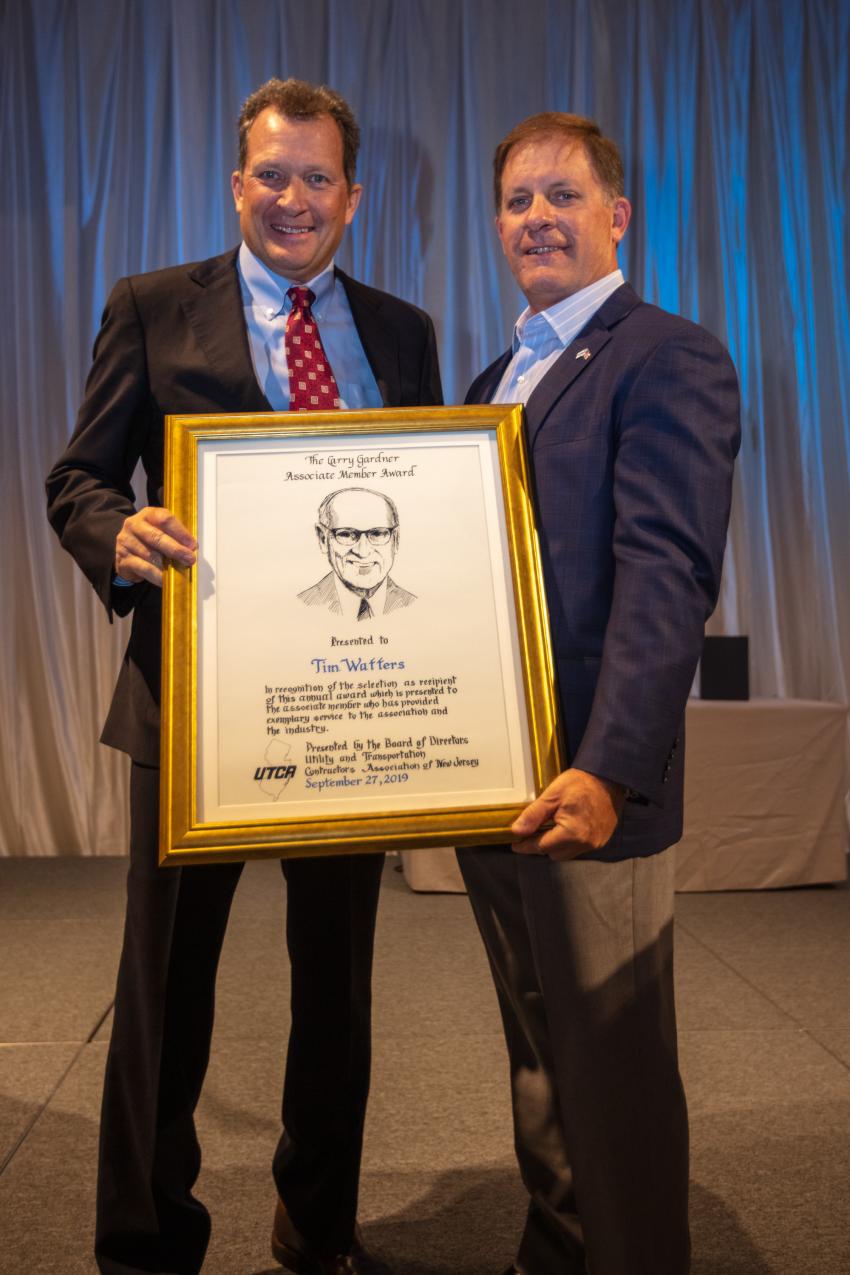 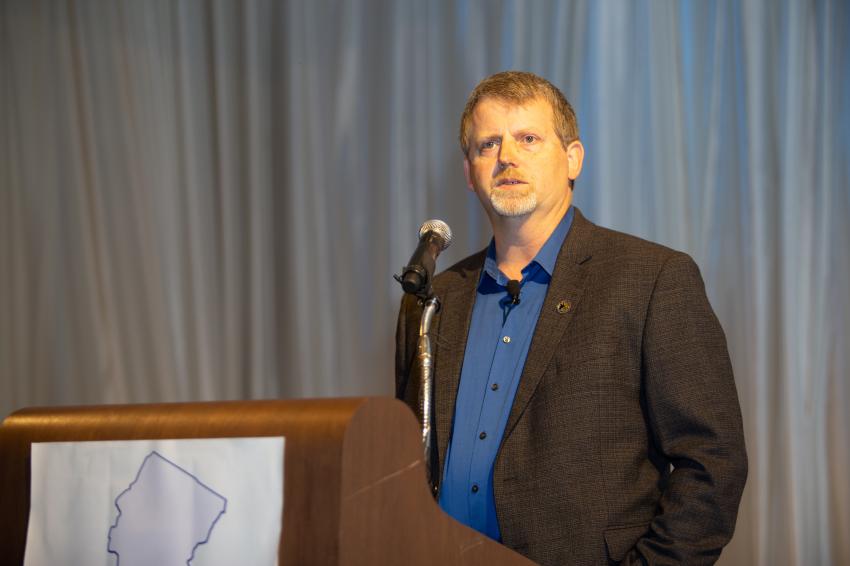 UTCA’s keynote speaker for its awards luncheon was Mark Nutsch, who was the former commander of the first Green Beret unit that went into Afghanistan after the terrorist acts of 9/11. 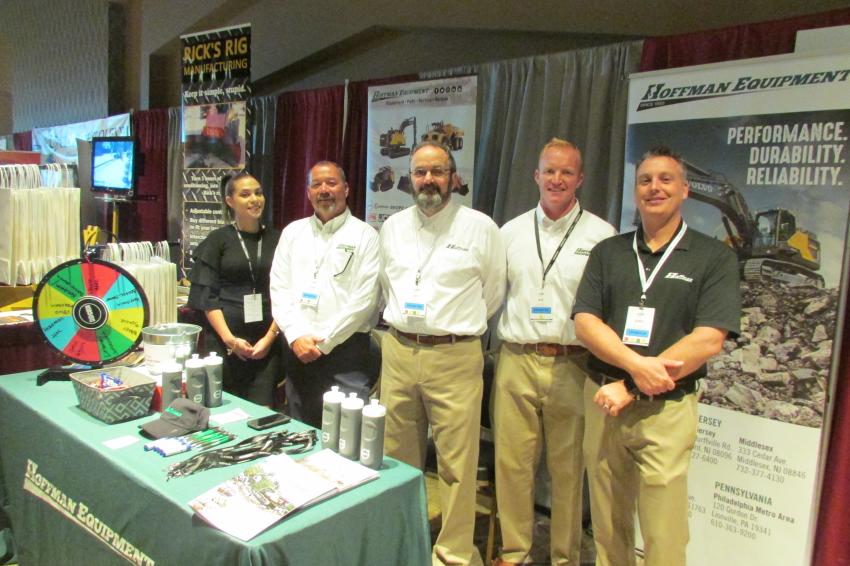 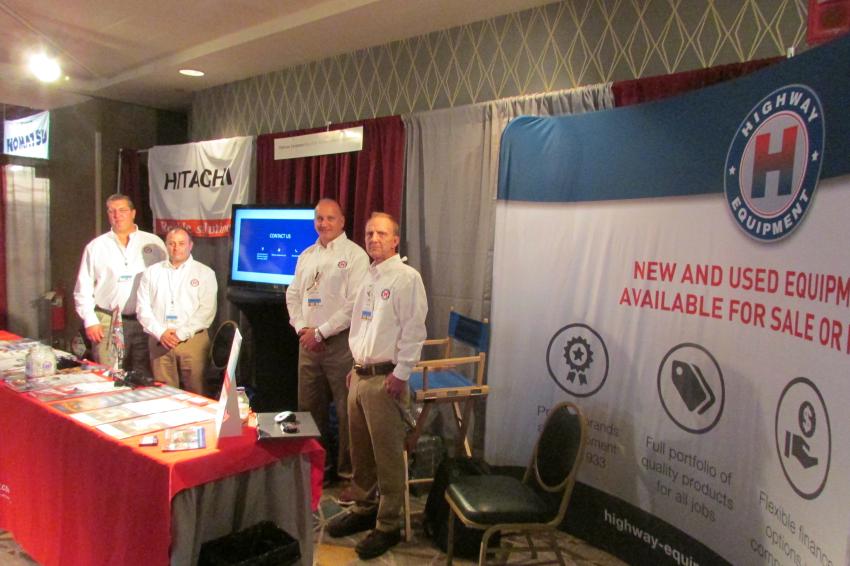 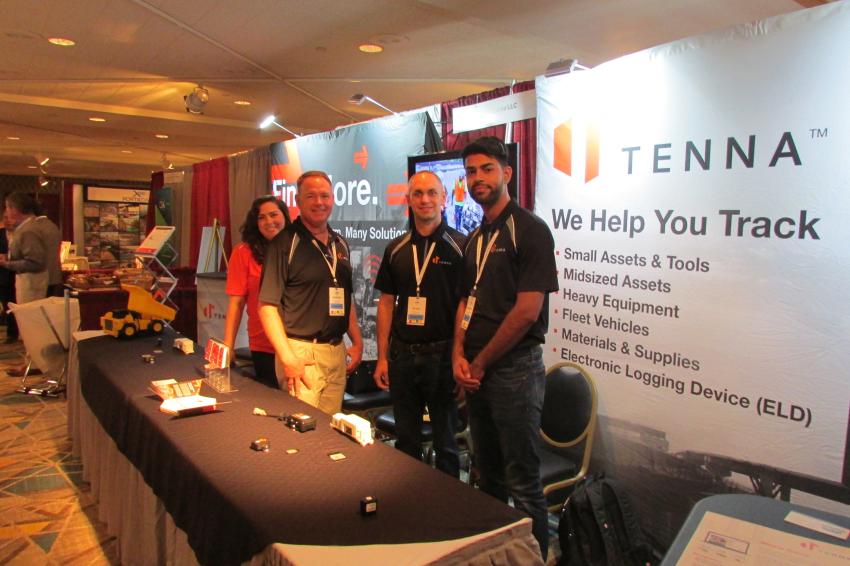 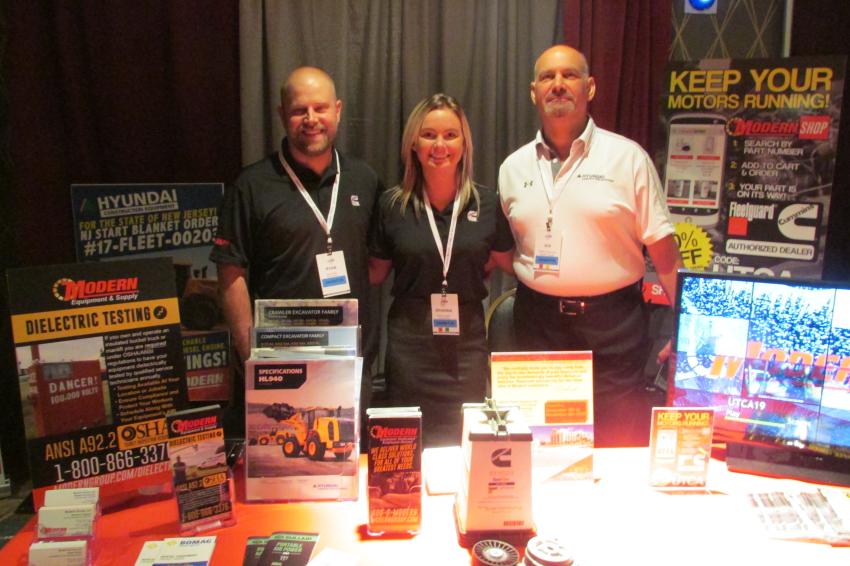 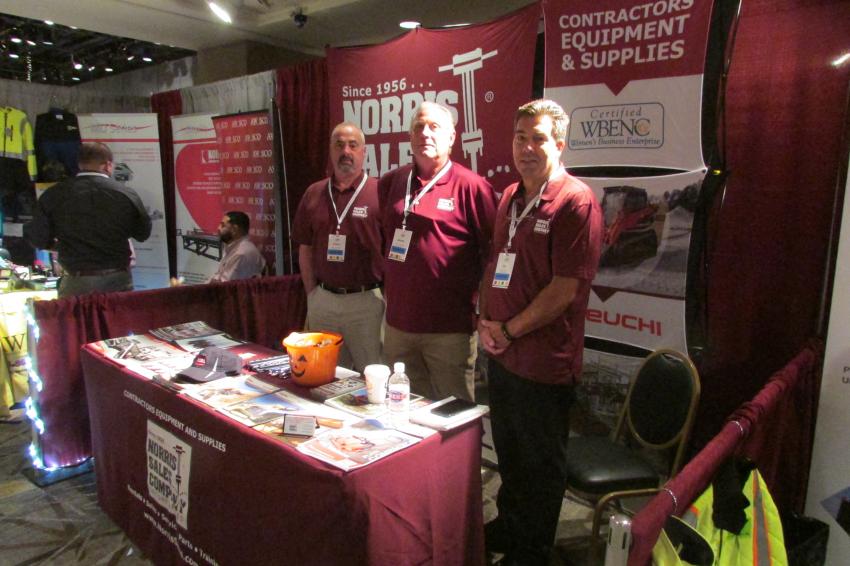 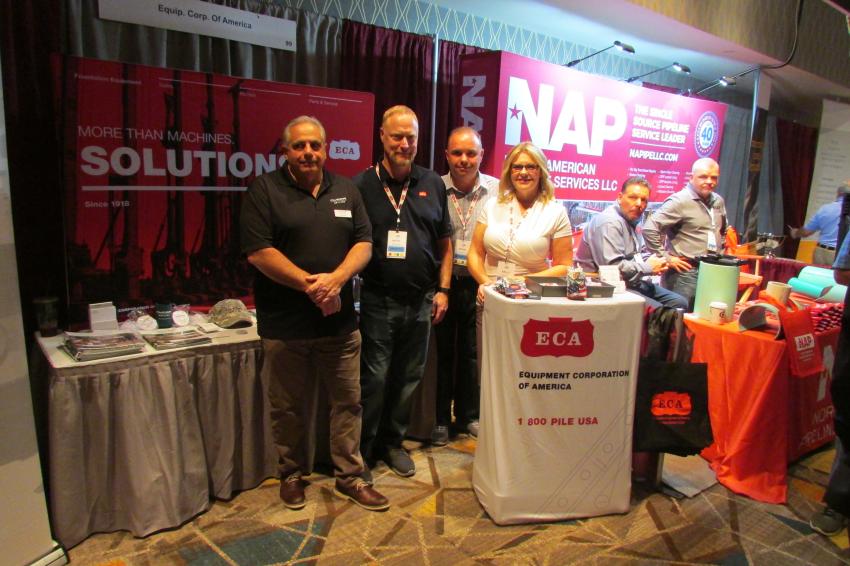 At the Equipment Corporation of America (ECA) booth (L-R) are Patrick Lanni, district sales manager of Nucor Skyline; and Keith Meitzler, Steve Sigmind and Kelly Simon, all of ECA. 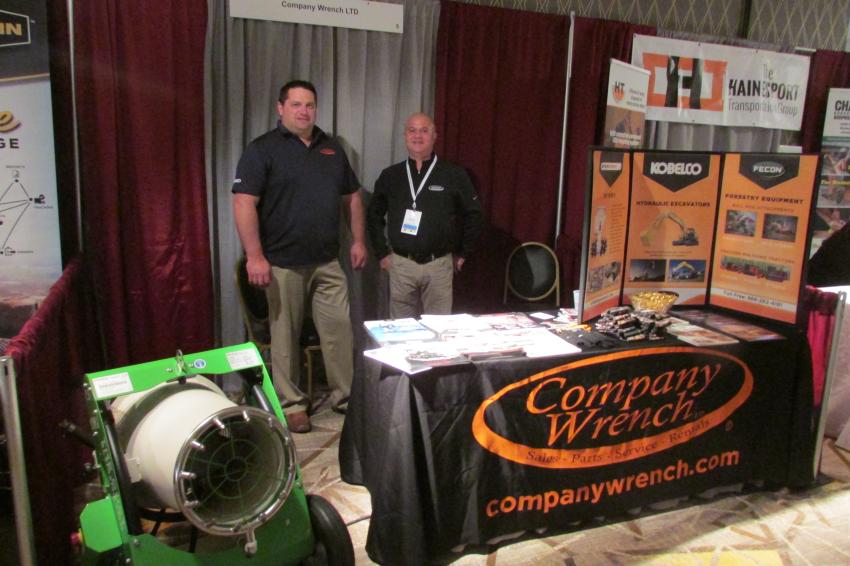 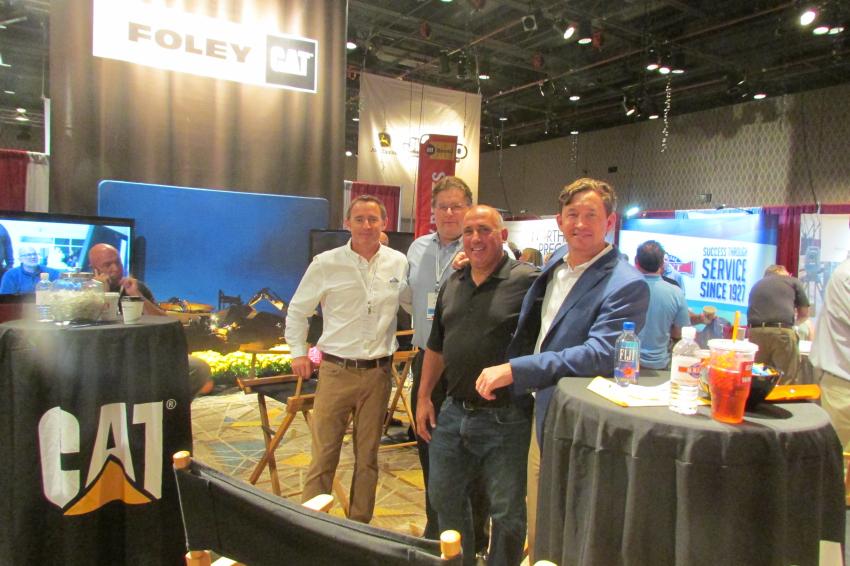 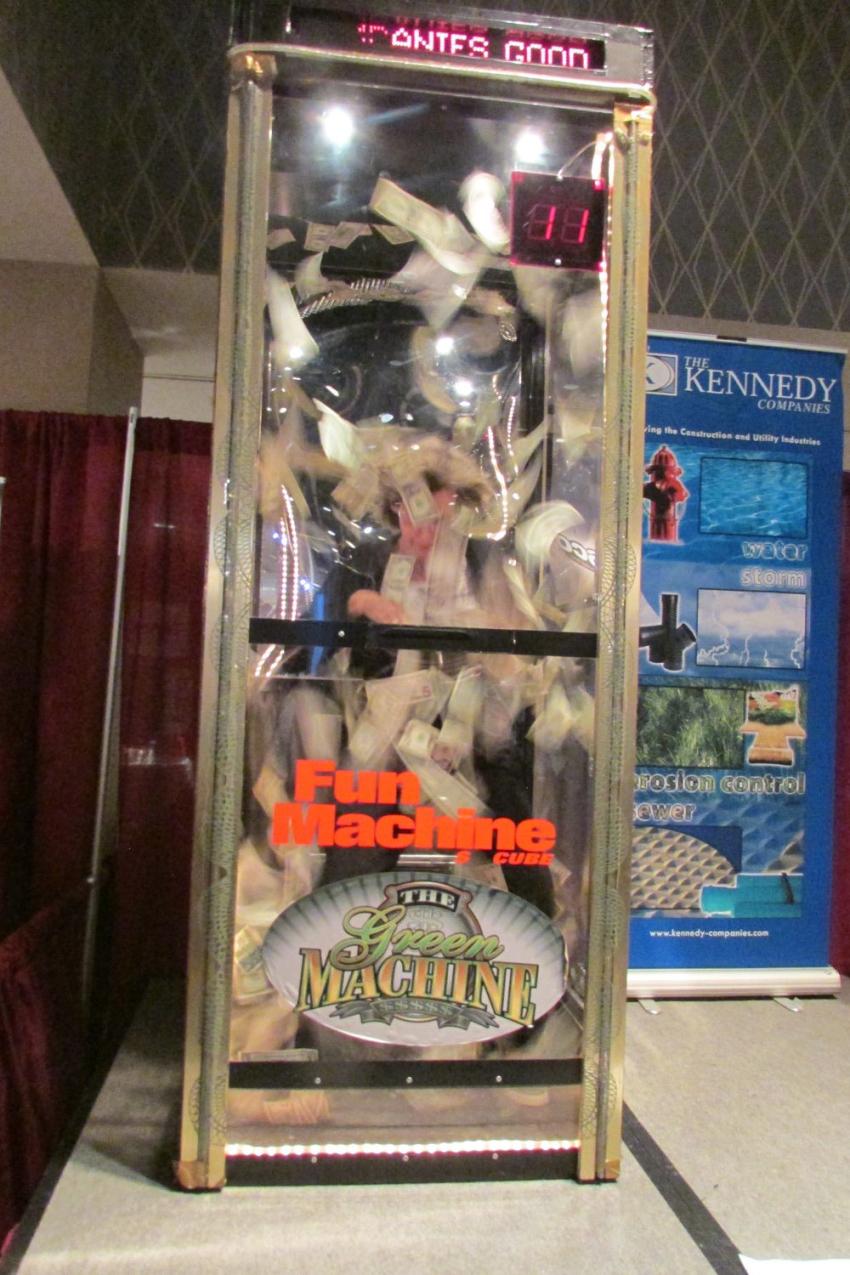 Carol Genchi of Smith-Sondy Construction, Wallington, N.J., is swarmed by wads of cash in the money booth during the UTCA show. She was able to secure $280 by the time the wind abated.