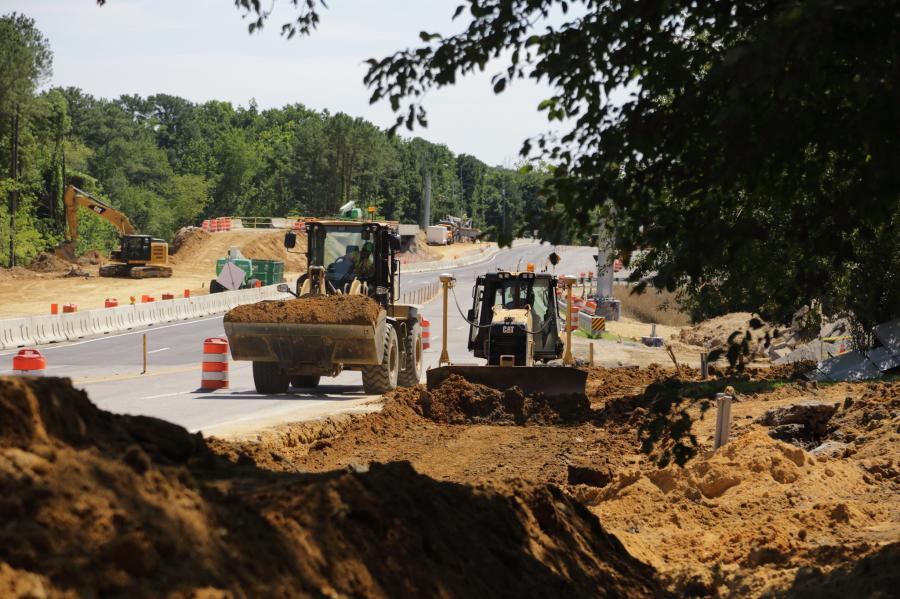 The Virginia Department of Transportation plans to lead a multi-agency Interstate 95 Corridor study to plan improvements along the 175 mi. of I-95 through the commonwealth. (VDOT photo)

April proved to be a busy month for the Virginia Department of Transportation as it planned to head up a multi-agency Interstate 95 Corridor study, even as it shuffled its executive ranks and deployed portable rumble strips for the first time in highway work zones.

At an April 10 meeting, the Commonwealth Transportation Board tapped the Virginia DOT to target improvements for the 175 mi. of I-95 passing through Virginia, in addition to designing incident management strategies for the corridor and financing options for improvement projects in coordination with Department of Motor Vehicles and the Virginia State Police.

The CTB said in a statement that it plans to report the findings from this study to the Virginia General Assembly in December, prior to the start of its January 2020 legislative session.

On April 15, the Virginia DOT began deploying portable temporary rumble strips to provide extra safeguards for both its highway workers and motorists. The agency said that it would require those strips to be used in work zone lane closures on two-lane roadways with centerline markings during daytime hours.

"Portable temporary rumble strips will provide an additional layer of protection for everyone in work zones, whether you are working or driving," noted Robert Cary, the agency's chief deputy commissioner, in a statement. "The noise and vibration caused by driving over these devices will cause both workers and drivers to pay extra attention and be alerted to changing conditions ahead."

He added that applicable work zones performed as part of agency-administered projects will need to use those portable temporary rumble strips starting July 1 this year.

Finally, the Virginia DOT said in a statement that it is reorganizing its executive staff. Effective April 25, John Lawson will become acting deputy secretary of transportation, with Laura Farmer, currently the agency's financial planning division administrator, stepping up to become the agency's chief financial officer, which is Lawson's current role.