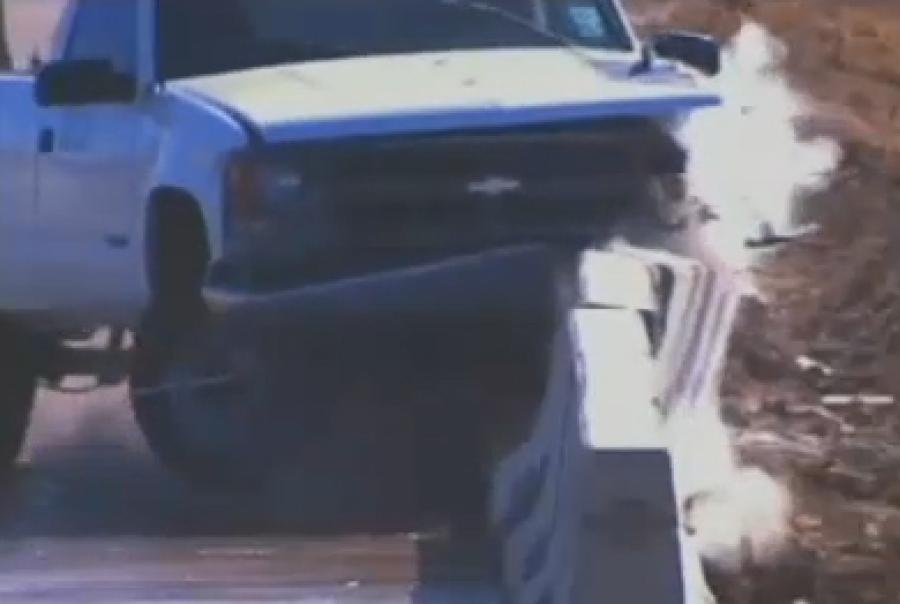 Concrete barriers have been around for decades, but a new steel barrier hitting the market could change the game and the only place you can get it here in Colorado is Pueblo.

Concrete barriers do what they're supposed to which is stop cars from getting through, but when it comes to driver safety and protecting your car, it's a different story.

"The concrete blows up and whatever hits it blows up," said John Volk with Dynamic Deflections.

But crash tests show the steel barriers are a lot more forgiving because they flex and push the car back out on to the road.

"You could get away almost unscathed. Maybe a little scratch, or a little damage to the vehicle," said Volk.

“You're looking at six trucks to haul concrete barriers vs 1 truck. If you're at a place where there's a long haul, there's huge cost savings there," said Volk.

Not only is it easier to move it by truck, it's easier to move once it's on the ground. All you have to do is pull the anchor pin, ratchet down the wheels, and one person can push the whole thing.

"If you want to shift from one side of the road to the other it can be done without even using trucks. It's a much more productive product because you can get more work done, spend less time laying barrier and more time building your job," said Volk.

So why aren't we seeing more of them?

It's likely because of the cost. They're four times more expensive than concrete barriers, and not a lot of people know about them, but Volk said that could all change with stricter federal guidelines looming that could make the concrete barriers obsolete.

If that happens it would put Volk's business in the driver's seat.

"There's not a doubt in my mind that it's the future of the barrier," said Volk.

And because Dynamic Deflections is the only distributor in the state, that puts Pueblo right in the middle of it.

"We might even be able to get in here and start manufacturing from one of the steel mills," said Volk.

We reached out to CDOT to get their opinion on the new steel barriers. CDOT said there are advantages, but they want to study them a little more before they pull the trigger and abandon the classic concrete barriers.

As for changes to the federal guidelines when it comes to barriers, Volk said it is going to happen, there's just no timeline for when.