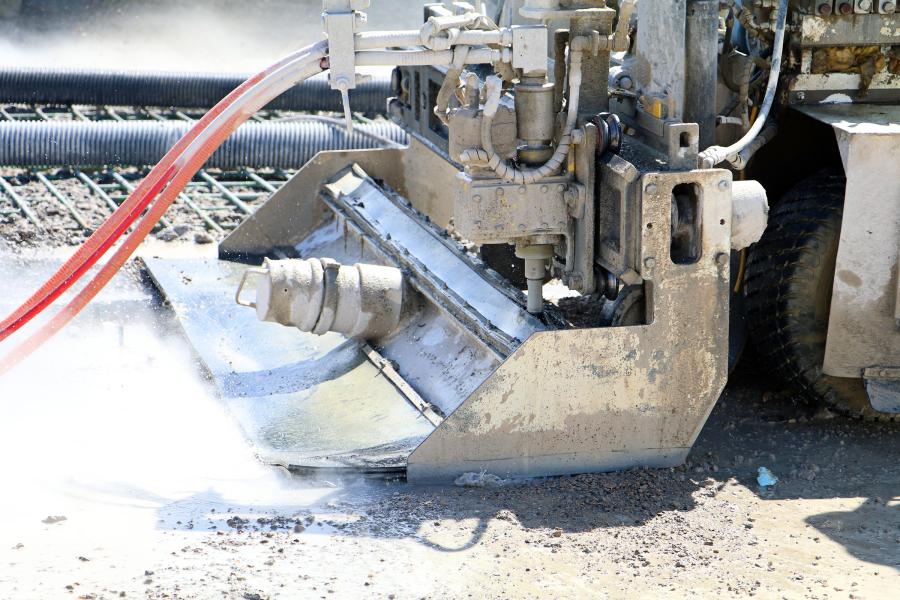 Hydro demolition is more precise than the traditional method of clearing out concrete—the jackhammer—and does its job without rattling or micro-fracturing the structural elements underneath.

The website Wired is reporting that this summer, Utah is running its first hydro demolition project. The name's misleading, because the state's department of transportation is using H2O to give two bridges a much-needed facelift. It's an easier, faster, cheaper, and maybe more sustainable way to expand the span's useful life by 15 years.

The tool for the job, a hydro demolition tractor, works something like a Waterpik. But instead of firing water at 10 to 90 PSI to get that corn out from between your teeth, its works at 36,000 PSI to decimate concrete. Once it's knocked out three or four inches of the stuff, workers can see the thin, smooth, and freshly washed layer of pavement and reinforcing steel that forms the structural basis of the bridge. If they verify that's all good, they lay down a fresh coat of asphalt, making for a nicer drive.

Hydro demolition is more precise than the traditional method of clearing out concrete—the jackhammer—and does its job without rattling or micro-fracturing the structural elements underneath. And while it's new to Utah, the system's been around since the 80s, steadily gaining in popularity. Oanh Le-Spradlin, the project manager for the revamp of highway I-215 southwest of Salt Lake City, says the state had been looking to test out this veritable fountain of a construction method for some time now. These bridges were perfect candidates: The top layers of concrete needed replacing, but the underlying layer didn't.

Blasting and smashing concrete is only part of the equation. As the asphalt washes away, a big ole vacuum sucks everything up and throws it in a tank. Once that's filtered, the leftover crud is ground up to be used a construction material for the next project. And the water—a whopping 15,000 to 17,000 gallons per 10-hour shift—gets treated before it's distributed for reuse.

Best of all for cash-strapped municipalities, the Waterpik method saves money. “It's difficult to assign a specific dollar value to its benefits,” Le-Spradlin says, but the standard way of doing this work requires a team of twelve people and twelve machines. Spraying the bridge down with a crazy jet of water? That's two people, and two machines.

In a country where nearly 10 percent of bridges qualify as “in need of repair” and infrastructure budgets regularly see red, it's nice to know that sometimes local DOTs just need a few thousand gallons of water to wash the hurt away.