Construction workers at a children's hospital are trying to make hospital stays for those kids a little easier. 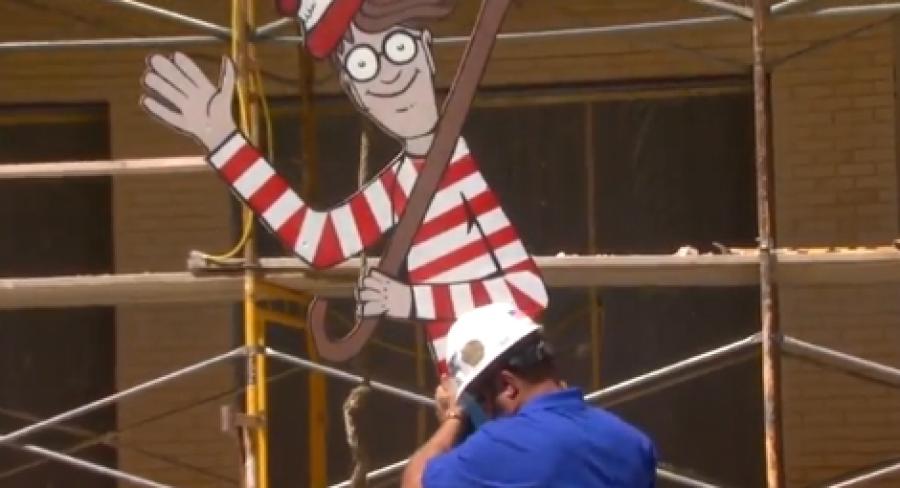 Local Indiana tv news affiliate WSBT is reporting that construction workers at Memorial Children's Hospital are trying to make hospital stays for those kids a little easier with a character you've probably seen before.

"It's red and he has blue pants and he's waving," says Nevaeh Garza.

But, you probably haven't seen him life sized like this.

Jason Haney is a labor foreman at Memorial Hospital. He made an eight foot wooden Waldo with his daughter.

"I didn't expect for it to be this big, but it was a simple game for the kids to play," he says.

Haney says that last winter, the construction crew built a snowman for the kids. When the snow stopped sticking, they put up an inflatable SpongeBob instead. Haney says that's when he and a coworker became stumped.

"I was trying to think of something else to do and he was like, 'You know, Waldo would be kind of cool,' and I went, 'Yeah that's going to be a great idea.'"

Waldo has been a huge hit for patients like Neveah, who stayed in the hospital for four days last time she went in for treatment.

For these families, finding Waldo is more than just a game.

"It's very special and I think it's wonderful what he's gotten started," says Garza.