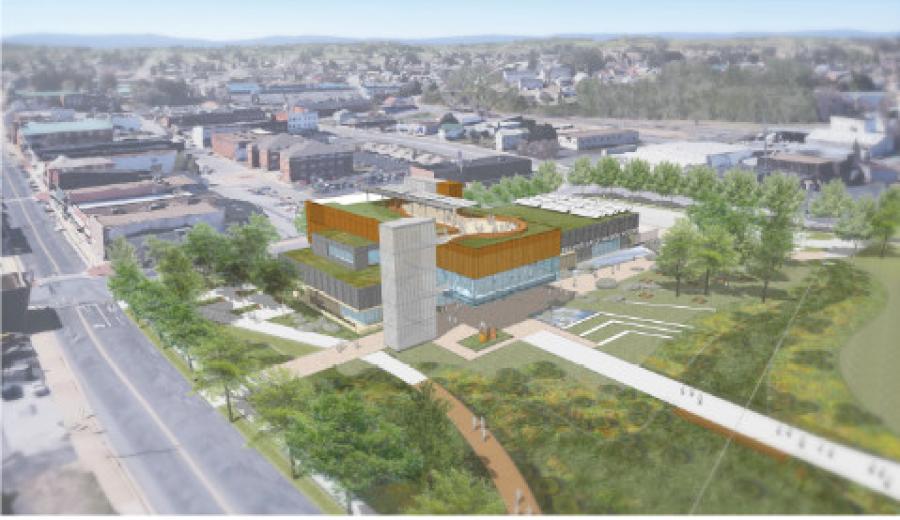 In a land not so far away, but a time before a world-wide pandemic, discussion began about building a $10.4 million branch of the Virginia Museum of Natural History in the Shenandoah Valley town of Waynesboro.

"So, a year ago at this point, [the museum] got put into the state budget [as part of capital improvement projects]," said Greg Hitchin, Waynesboro's director of economic development and tourism.

Despite the COVID-19 pandemic, Hitchin said the museum remains in the state budget, but on hold until funds are ready. He added that it is "100 percent based on when the state puts money back into that line item [of the state budget]."

Just when that will be, Hitchin said, is difficult to determine due to the coronavirus.

When the line item for the museum returns, though, plans can resume for Waynesboro's branch of the museum.

Plans are already prepared for the two-story, 25,000-sq.-ft. museum to be located on what is currently a parking lot at Main Street and Arch Avenue in downtown Waynesboro, near the city's Greenway.

Proponents of the museum are hopeful for a summer 2025 opening.

Among the advocates for the project is the Center for Coldwaters Restoration (CCR), a strategic initiative made up of people in the community, the city of Waynesboro, a wide range of civic organizations and numerous state and federal agencies to foster downtown revitalization through natural resource-based economic development.

In the past few years, the CCR attracted the Virginia Museum of Natural History's commitment to an annex in Waynesboro, opened a demonstration site in the city with support from DuPont and other companies, and served as the catalyst for a formal economic feasibility study of the city's tourism potential.

"It's extremely beneficial on multiple fronts," Hitchin said of a museum for the historic town, along the banks of the South River and in the shadow of the Blue Ridge Mountains. A town with a rich history, Waynesboro also was the site of the final battle of the Civil War in 1865.

"The state considers this a higher education campus," Hitchin said of the museum's educational potential, while also becoming a "great addition to the downtown area, the city and the region."

Joe Keiper, executive director of the Virginia Museum of Natural History in Martinsville, said of the proposed branch, "It's basically adding another building to our campus."

According to Keiper, a pre-planning study was complete for the Waynesboro facility a year ago. The state provided $250,000 for that analysis.

But, due to COVID-related expenses, the state put capital projects like the Waynesboro museum on hold, Keiper said. His hope is that in January 2022, the branch will regain funding in the state budget, and monies will be available in July 2022.

"We're still a line item in the budget," said Keiper, who agreed with Hitchin about a summer 2025 opening by saying, "It would be nice."

But the next phase for the museum branch in the River City is detailed planning, which requires the presentation of documents for the construction of the facility to potential architects.