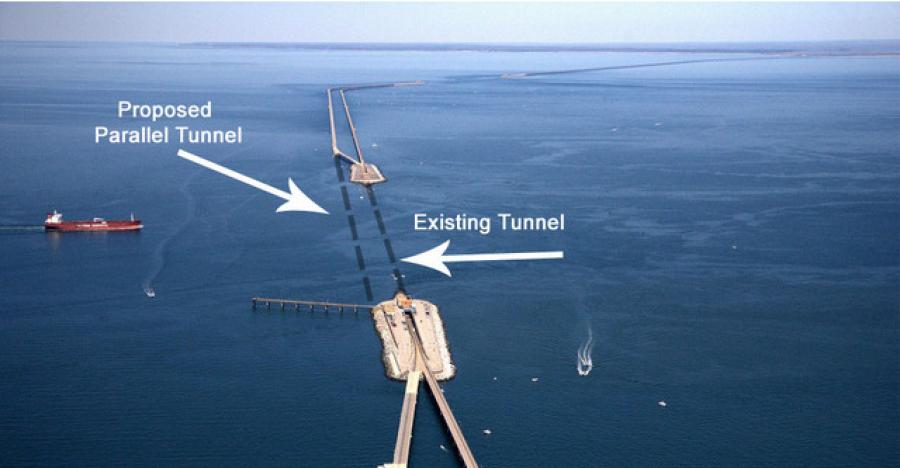 Construction continues on the Chesapeake Bay Bridge-Tunnel's first parallel tunnel, near the Virginia Beach side of the bridge, with projected completion in 2024, two years later than originally estimated.

The goal is for the new tunnel to "have a long-term durability of over 100 years," better than the original tunnels, which have required several improvements, Holland said.

Those are the Thimble Shoals tunnel, near Virginia Beach, and the Chesapeake Channel tunnel, near Northampton County.

The delay in construction of the new Thimble Shoals tunnel was caused by a combination of three factors: the permitting process, the termination of a key subcontractor and the design of the marine-works portion of the project, Holland said.

The parallel tunnel at Thimble Shoals is being built to alleviate traffic congestion near Virginia Beach during the busy summer tourist season when more people are traveling. The additional tunnel also can serve as a backup in case of an emergency.

A groundbreaking ceremony was held in September 2017 on One Island, one of four manufactured islands spanned by the Chesapeake Bay Bridge-Tunnel.

A restaurant and gift shop on One Island were closed permanently to save money on the $756 million project. Rebuilding the restaurant, gift shop, parking lot and entrance and exit ramps would have pushed the project cost to more than $1 billion.

The tunnel will be dug by a 325-ft.-long, cylinder-shaped boring machine nicknamed "Chessie," after a long-necked monster that, according to legend, lives in the Chesapeake Bay, like "Nessie," the mythical Loch Ness monster of Scotland.

Chessie was manufactured by a German company, Herrenknecht, to bore the 1-mi.-long, 42-ft.-wide tunnel, which will be 70 ft. underground, or 15 ft. deeper than the existing Thimble Shoals tunnel.

Not only will the parallel tunnel be buried deeper than its counterpart, but it will mark the first time the boring technique is used at the Chesapeake Bay facility. The two existing tunnels were built with the immersed tube method. The tunnels were prefabricated in sections that were floated out into the Chesapeake Bay and sunk into U-shaped trenches.

The boring technique was chosen for the parallel tunnel to limit the amount of work to be done while exposed to wind and waves and to avoid impact to the existing tunnel.

The boring machine's launching pit will be located at One Island, with the pit eventually becoming the southbound exit of the new tunnel.

At the launching pit, a secant pile wall (a retaining wall of interlocking drilled piles) will ensure a watertight excavation. The excavation area will be braced, with a concrete cradle at the bottom to hold the boring machine, which will be lowered one section at a time by a lift tower.

A temporary dock at One Island will be used for mucking and transferring excavation disposal, allowing barges to bring pieces of tunnel onsite, and storing sections of the tunnel liner.

On the front of the boring machine is a cutting wheel that turns and breaks up the soil that is transferred to the rear on a conveyor belt.

Pressure from hydraulic cylinders keeps the cutting wheel pressed against the face of the soil and prevents uncontrolled penetration of soil and water.

Each segment is positioned precisely and bolted next to the previous ring. The remaining gap between the soil and the liner ring is continuously filled with grout, creating a seal between the interior work area and the exterior soil and water.

Chessie is expected to arrive at the Chesapeake Bay Bridge-Tunnel in late 2021. 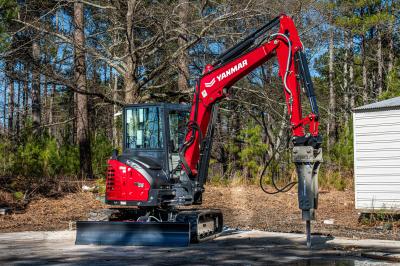 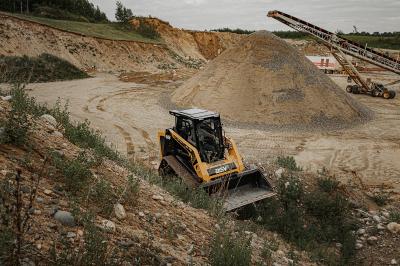 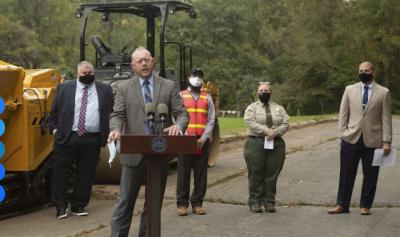