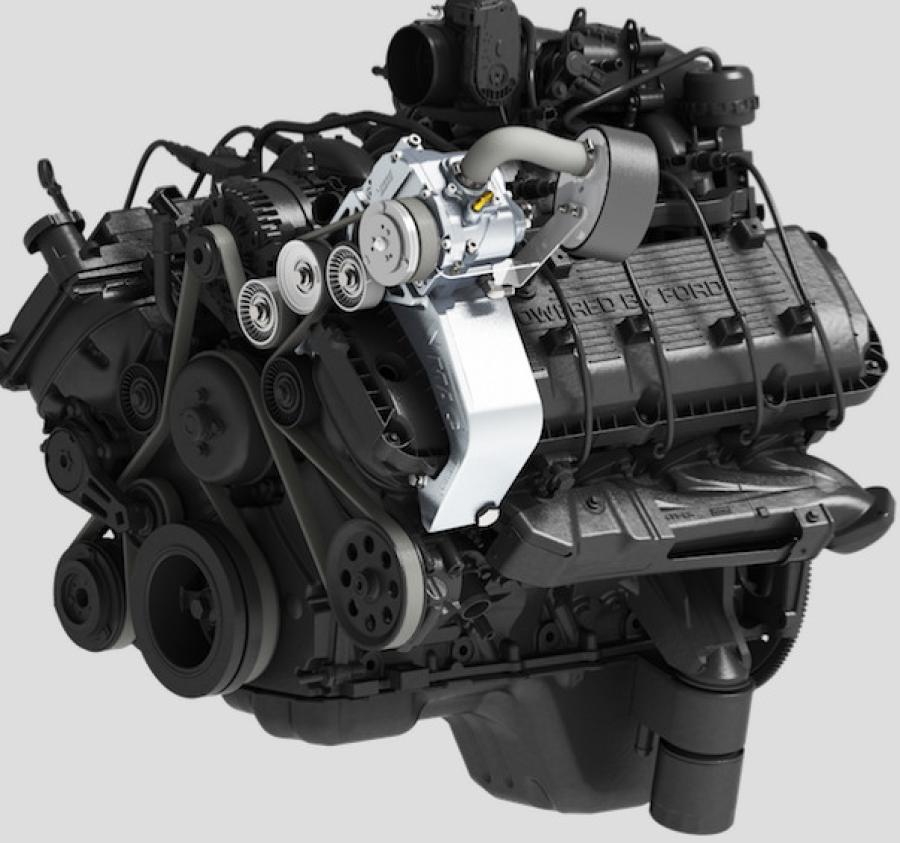 The UNDERHOOD40 offers up to 40 CFM at 100 percent duty cycle, making it the best choice for operators using small and medium sized air tools for light duty applications.

VMAC announced the release of the new UNDERHOOD40 Air Compressor, built for both trucks and commercial vans. The UNDERHOOD40 offers up to 40 CFM at 100 percent duty cycle, making it the best choice for operators using small and medium sized air tools for light duty applications, and is the only air compressor system specifically engineered for commercial vans.

“The UNDERHOOD40 (VR40) is an exciting addition to our line of UNDERHOOD air compressors and will replace the UNDERHOOD30 (VR30),” said Mike Pettigrew, VMAC's marketing manager. “VMAC's VR30 has always been the lightest weight mobile air compressor available. Now with the upgrade to the VR40, it offers more power for our customers, as well as additional product improvements for even more value.”

The upgrade from the UNDERHOOD30 to the UNDERHOOD40 includes an increase in maximum output from up to 30 CFM to up to 40 CFM at 100 percent duty cycle. The VR40 system remains lightweight, weighing just 62 lbs., making it up to 290 lbs. lighter than the average weight of comparable gas drive air compressors — this weight savings results in up to a 5% reduction in vehicle fuel costs. The system features an easily adjustable throttle control to increase or decrease vehicle RPM — this means RPM can be dropped when less air is required, reducing fuel use during operation, lowering vehicle maintenance costs, and extending vehicle lifespan.

Further improvements have been made to the VMAC UNDERHOOD40's digital controller. To start, the VR40 controller is easier to install than its predecessor, with all wiring pre-built with the connectors, allowing for a plug and play style set up. The digital display box is not only smaller for easier mounting, but it also features error tracking, which provides information about system behavior when needed for diagnosing errors. The digital controller includes fan on/off capability, so the system can be cooled when needed, but not overcooled.

“The release of the VMAC VR40 symbolizes VMAC's commitment as the leader in mobile compressed air innovation,” said Pettigrew. “We're proud to be the manufacturer who provides customers with the only air compressor system specifically designed for commercial vans, offering systems for Ford, GM, Mercedes-Benz and Freightliner vans, and also offering systems for Ford, GM, and Ram trucks. Whether for trucks or vans, VMAC's UNDERHOOD40 Air Compressor is the best choice for fleets and their operators using small and medium sized air tools for light duty applications.”

For more information about the VMAC UNDERHOOD40 for trucks, visit www.vmacair.com/underhood-truck-series.

For more information about the VMAC UNDERHOOD40 for vans, visit www.vmacair.com/underhood-van-series.