A week-long series of festivities are helping celebrate Volvo Construction Equipment’s half century of innovation in articulated haulers. 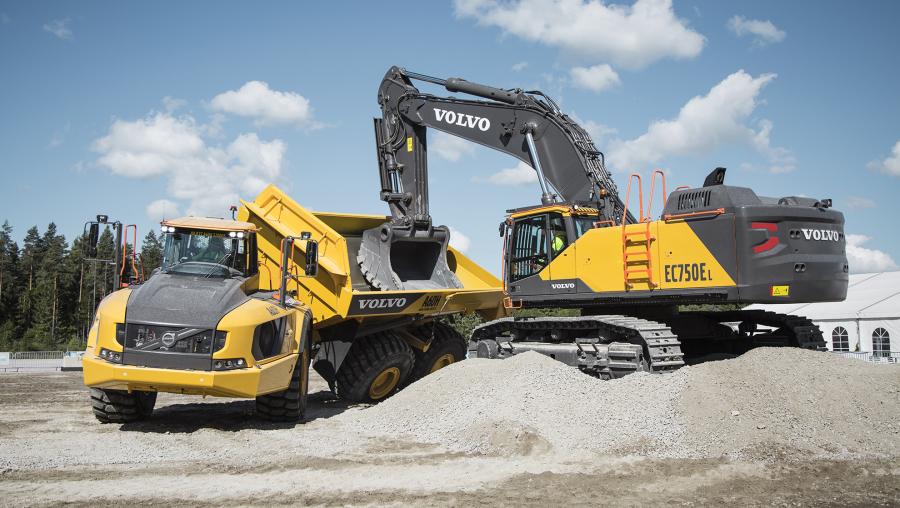 Volvo CE's Braås facility is the company's core factory for hauler design and manufacture and between 13th to 18th June, guests will be invited to take a look behind the scenes at the home of the world's favourite haulers.

The 50th anniversary of Volvo Construction Equipment's leadership in articulated haulers is being marked by a special week-long celebration held in Braås, Sweden. Volvo CE's Braås facility is the company's core factory for hauler design and manufacture and between 13th to 18th June, guests will be invited to take a look behind the scenes at the home of the world's favourite haulers.

Customers from around the world, as well as members of the local press and other guestsill get the opportunity to see where the latest innovative generation Volvo haulers are being built, appropriately housed in what is the industry's first completely CO2 neutral production plant. Visitors will also learn more about how the hauler will develop in the coming years, incorporating integrated offerings, connectivity and electro-mobility.

This week's celebration is a lifetime away from the humble beginnings of the articulated hauler story. 1966 saw the arrival of Volvo's DR631 – or 'Gravel Charlie' as it is still affectionately known. The first of its kind, Gravel Charlie may only have had a 10 ton payload but it paved the way for generation-after-generation of hauler innovation, helping Volvo consistently retain its market success.

Cementing the notion that life begins at 50, the H Series heralds the arrival of Volvo CE's – and the industry's – largest production articulated hauler with 6x6 configuration – the 60 ton capacity A60H. Launched this year, the machine is designed for heavy hauling in severe off-road operations, such as quarrying, open-cast mining and large earthmoving operations, and offers a viable alternative to rigid dump trucks, as well as a 40% increase on Volvo's previous largest hauler, the A40. The higher, productivity-boosting payload, improved fuel efficiency and simple maintenance requirements help customers to lower the cost per tonne and increase their earnings. Fitted with intelligent systems from Volvo, such as MATRIS™, CareTrack™, On Board Weighing and Hill Assist (a dump support system), the A60H continues the tradition of delivering innovative technology, reliability, comfort, quality and safety – not to mention low cost of ownership – while also looking to the future. The Volvo A60H will be the centre piece of the celebration this week.

A celebration with style

Festivities commenced on the evening of June 13th with a gala at the spectacular Växjö Concert Hall. The following day Site Braås will offer an impressive machine show with a broad range of Volvo CE machines – with the articulated hauler star of the show (of course!). On June 15th it will be the turn of Tomas Kuta, SVP Sales, Jörgen Sjöstrand, general manager Site Braås and Esbjörn Fritzell, VP Business Platform Trucks to take to the stage to host a local press conference at Hotel PM in Växjö.

Other guests from around the world will arrive at the Braås site on June 17th, with the day starting with a seminar focused on strategic competence, sustainability from a climate perspective, as well as a global outlook towards the challenges of a changing market. Here too, Volvo CE will demonstrate how it is changing and responding to the new market dynamics.

Guests attending the event will also be given the opportunity to experience excellence first hand, by taking an articulated hauler for a ride through Volvo's challenging testing ground.

The grand finale of the anniversary week is an open invitation to employees and members of the public to join Volvo in looking forward, as the company continues to innovate. With the future generation of machine operators in mind, the fun will include lots of family activities, such as rides for children, Stop Look Wave, Future Factory, LEGO and much, much more.

This week's celebrations are far from the end of the story. They merely pause to toast Volvo CE's outstanding achievements in popularizing (and leading) the articulated hauler concept over the last half century – and look forward with confidence to the next.