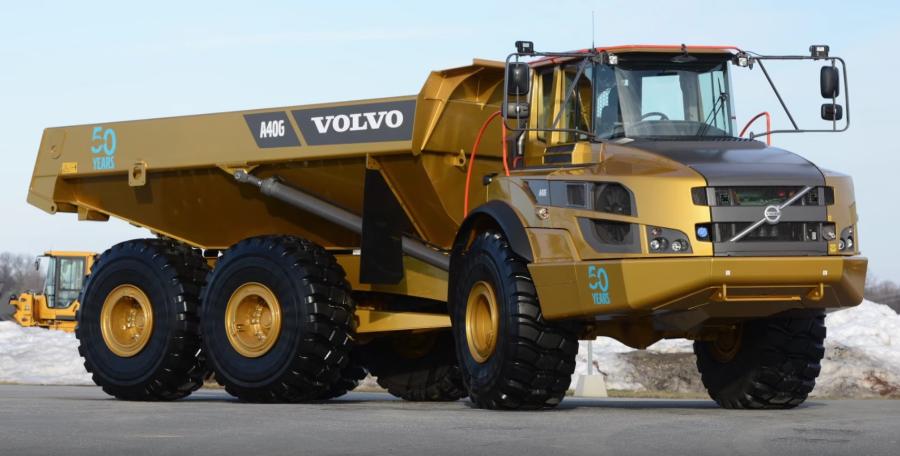 Volvo CE is celebrating the 50th anniversary of its invention of the articulated hauler by traveling throughout North America.

Alta Equipment Company will be hosting a grand opening of its new Detroit facility on Friday, June 17. A ribbon cutting ceremony will take place with Detroit Mayor Mike Duggan, city council members and local political figures in attendance. The event also aims to bring awareness to the skills gap and need for skilled workforce development in American manufacturing today with Volvo CE's partnership with SkillsUSA. As part of the event, Volvo CE will have a custom gold-painted hauler, celebrating the 50th anniversary of the company's invention of the articulated hauler. In addition to the ceremony, attendees will get a chance to tour Alta's new downtown facility.

Alta's new downtown branch is part of Detroit's revitalization efforts and represents re-investment in the downtown area by local corporations. Alta has been in business for over 30 years and a Volvo CE dealer for six years. It is headquartered in Livonia, Michigan.

Volvo CE is celebrating the 50th anniversary of its invention of the articulated hauler by traveling throughout North America with a custom golden-painted hauler, making stops at distributors to bring awareness to the skills gap issue and highlight the opportunities available in the industry. Volvo has been hosting SkillsUSA/SkillsCanada chapters through its tour in efforts of connecting students with opportunities available in the industry, and individuals currently working in construction.

“We are thrilled to announce the grand opening of Alta's new Detroit facility,” said Rob Chiles, president of Alta's construction division. “Detroit is an incredible and thriving city and we are excited to join the community. This joint celebration with Volvo CE allows us to contribute to their efforts in stressing the importance of skilled workforce development.”

The Golden Hauler will end its journey at CONEXPO 2017 in Las Vegas in March 2017, where it will be auctioned off with proceeds supporting training programs that encourage new generations of skilled workers to enter the construction industry, including SkillsUSA and SkillsCanada.

Who: Alta Equipment Company, a distributor of heavy equipment and warehouse solutions, and Volvo CE, a global provider of heavy equipment, will host the event. Mayor Duggan will be in attendance and a meet-and greet will take place at 3:30 p. m. with Congressman John Conyers, representative for Michigan's 13th congressional district.