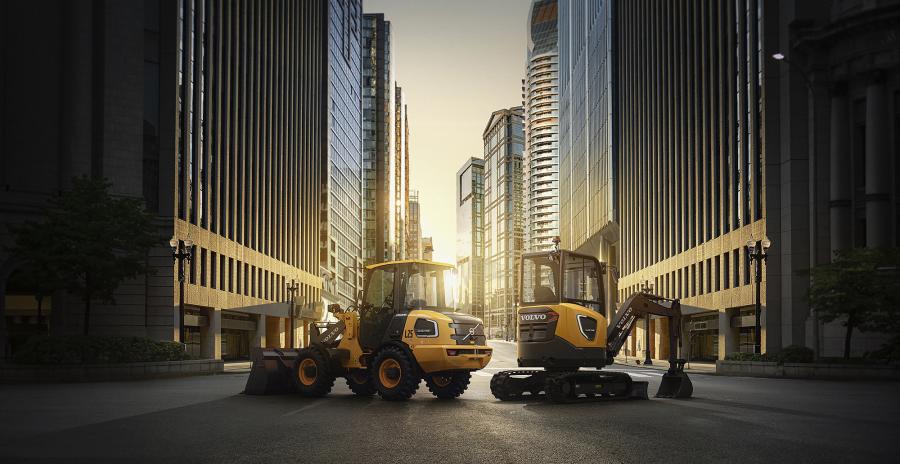 The grant aims to accelerate the deployment of zero emission technologies for off-road mobile equipment, which is one of the major contributors to nitrogen oxide (NOx) emissions in the South Coast Air Basin.

Volvo Construction Equipment was awarded a $2 million grant for a commercial pilot of the company's electric, zero emission excavator and electric wheel loader in California. The grant, administered by the South Coast Air Quality Management District (South Coast AQMD), is funded by the U.S. Environmental Protection Agency's (EPA) Targeted Air Shed Grant Program, which helps agencies develop plans and conduct projects to reduce air pollution in areas with the highest level of smog and soot in the United States. South Coast AQMD is responsible for attaining state and federal standards by improving air quality in the South Coast Air Basin of California.

Volvo CE will invest another $1.5 million on top of the awarded amount, which will raise the total project amount to $3.5 million.

The grant aims to accelerate the deployment of zero emission technologies for off-road mobile equipment, which is one of the major contributors to nitrogen oxide (NOx) emissions in the South Coast Air Basin. The South Coast AQMD region includes Orange County and major portions of Los Angeles, San Bernardino and Riverside counties, including the Coachella Valley.

"Off-Road Construction equipment accounts for 43 tons per day of NOx emissions in the South Coast Air Basin," said Wayne Nastri, executive officer for South Coast AQMD. "We look forward to working with Volvo as they pave the way for the development of zero emission technologies in this sector."

Volvo CE's electric compact ECR25 excavator and L25 wheel loader are currently being developed and tested in Europe. Volvo CE will adapt some configurations previously developed for the European program and demonstrate the machines in real-life applications for a minimum of six months in California. Tests will start during the second half of this year — September for the excavator and December for the wheel loader. Three customers in the South Coast Air Basin area will be selected to test the machines. The results of these demonstrations, together with customer feedback, will be reported to South Coast AQMD.

"We are honored to be awarded this grant. It is a recognition of Volvo CE's commitment to building a more sustainable future," said Stephen Roy, senior vice president for the Americas, Volvo CE. "We are also excited for the opportunity to bring these prototypes to our customers in the U.S. after our big success with customers in Europe, and show that these machines are not only key tools to reduce emissions, they are also great for business, as they deliver low noise levels, high efficiency and reduced energy costs."

Before arriving on test sites, the two electric prototypes were displayed in March at the ConExpo 2020 tradeshow in Las Vegas.

Volvo CE was the first construction equipment manufacturer to announce the production of entire ranges of electric compact excavators and wheel loaders to replace their diesel engine-based models. Last year at the bauma tradeshow, in Germany, the company launched both the ECR25 excavator and L25 loader prototypes.