More than 150 of the best finishers from seven countries, four Canadian provinces and 29 states tested their trowel operating skills as they maneuvered around a timed obstacle course. 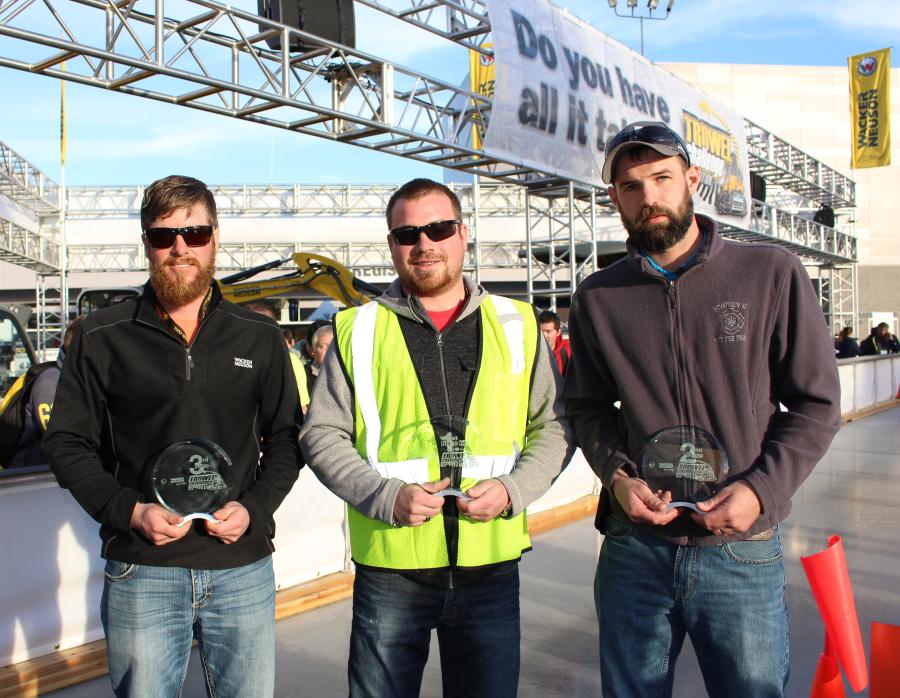 Concrete finishers from around the world competed in Wacker Neuson's Trowel Challenge competition held at World of Concrete in Las Vegas, Nev., Feb. 2 to 5, 2016. More than 150 of the best finishers from seven countries, four Canadian provinces and 29 states tested their trowel operating skills as they maneuvered around a timed obstacle course.

Like the previous eight years, the challenge drew thousands of spectators to the Wacker Neuson booth to cheer on the finishers vying for the grand prize; a custom 48-in. (122 cm) CRT 38-35VX ride-on trowel powered by a special Vanguard BIG BLOCK V-twin engine. The contestants with the top 10 fastest times from the qualifying rounds advanced to the finals held Feb. 4. The top 10 finalist each had one run through the course and that time was added to their preliminary time.

“It feels great to be the champion of the 2016 trowel challenge,” Suchy said. “My wife and brother were with me at the competition and both of them couldn't believe it. I entered the competition focused on winning.”

Suchy is owner/operator of Easy Lay Concrete that specializes in residential, commercial and agricultural jobs. They work on small decorative jobs, that according to Suchy, “will knock your socks off,” to large warehouse slabs.

Currently he owns both Wacker Neuson walk-behind and ride-on trowels and he is happy to have a second CRT 48 for his larger slabs.

Wacker Neuson Has All It Takes to Get Concrete Right