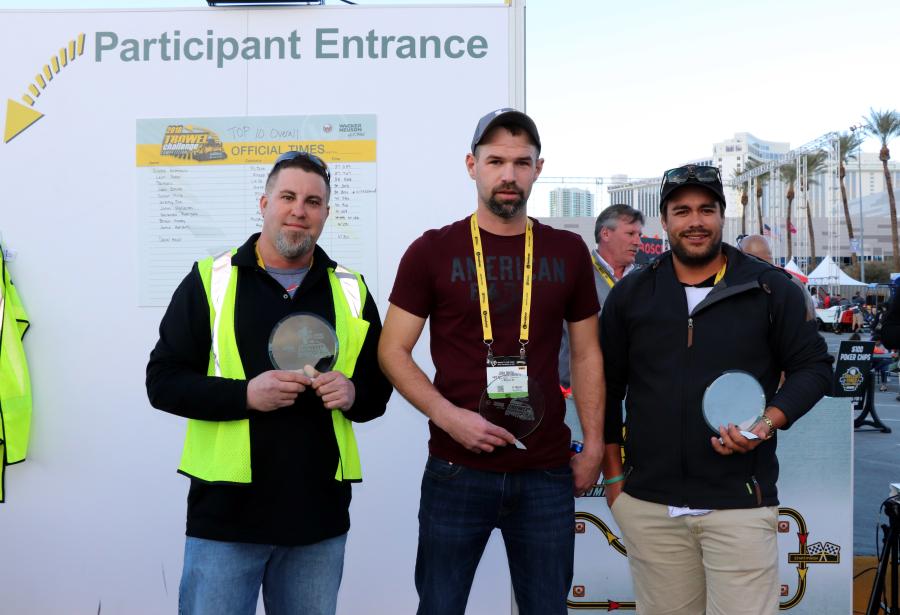 Wacker Neuson's Trowel Challenge returned to the 2018 World of Concrete, Jan. 23-27 in Las Vegas and continued its tradition as an exciting and tightly-matched competition. More than 100 operators from around the world competed on the reconfigured course that required operators to show off their precision operating skills, as well as speed, when they navigated tight turns through the 1,750 sq. ft. course.

A large crowd gathered for the final competition on Jan. 26, where the top 10 fastest finishers from the earlier qualifying rounds made a final run of the course. The final run time was added to the qualifying time to determine the winner of the grand prize — a customized Wacker Neuson CRT48-37V ride-on trowel powered by a Vanguard BIG BLOCK V-twin engine. The competition was fierce with mere tenths of a second separating the top three finishers and only 6.6 seconds separating first and tenth place.

Gromacki came into the finals with the fastest qualifying time of 37.539 seconds. He maintained his lead and took home the grand prize with a final run time of 36.765 and a total time of 74.304. Gromacki has been finishing concrete for 21 years and this is his first time participating in the Trowel Challenge.

Smith was a returning participant to the Trowel Challenge. He took second place in 2016, as well as this year. Smith came into the finals with the fourth place qualifying time of 39.505. Due to an excellent final run time of 34.898, for a combined time of 74.403, he jumped up two spots taking second place. H & M Precision Concrete was well represented in the finals, with Jeremy Fox taking ninth place.

Johnson traveled the farthest distance to participate in the challenge. Johnson maintained his third place qualifying spot of 38.858 with a final run time of 35.916 and a final total time of 74.774. V&G Concrete Construction's John Vigliaroni came in sixth place, making an impressive showing from Australia.

Each of the top three finishers took home a crystal trophy and all top 10 finishers received a special Trowel Challenge shirt, plus free tuition to the Wacker Neuson Technical Academy Industrial/Commercial Concrete Floor course, March 6-7, 2018, at the company's Menomonee Falls training center. The two-day, hands-on class is conducted by Wacker Neuson's ACI certified flatwork finisher Luke Sevcik and 26-time Golden Trowel Award winner, Bryan Birdwell. Birdwell has proven his expertise in producing the flattest, most level concrete floors in the world. The slab used for the 2018 Trowel Challenge competition was finished by Wacker Neuson's concrete crew and Birdwell and achieved an amazing superflat floor rating of Ff175 and Fl104.